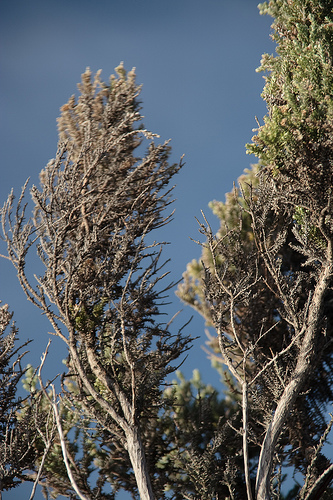 Experts are warning that the recent gale-force winds are likely to continue.

For the past couple of years, snow has threatened to bring the UK to a standstill. However, it was gale-force winds and heavy rain that wreaked havoc in Scotland and parts of northern England last week, and forecasters predict that more is on the way this week, with the worst of it beginning today.

Wind speeds of up to 165mph were recorded when the storm hit last week, bringing down trees and power lines, causing disruption to roads and closing schools. They have been described as the worst Britain has seen in a decade, with engineers still working to clear some of the damage.

The Met Office has now issued yellow warnings for strong winds and heavy rain for most of England this week, with the South East expected to be hit hard. Icy conditions have also been forecast for Scotland, Northern Ireland and northern England.

There are reports that two storms will hit at the same time. The first is a deep depression from the Atlantic, bringing with it severe gale-force winds, that are likely to most affect western and southern areas. Gusts of over 70 mph are expected from Monday, and fears are growing regarding the damage and disruption that could ensue.

Claire Allen, a forecaster with MeteoGroup, said: “There will be sunny spells and scattered showers today, but it will be very wet and windy overnight.

“We are expecting gusts of us to 65mph in north-west Scotland, southern England and western areas of Wales. There’s also a band of rain coming through, and some heavy bursts are expected.

“Tomorrow there’s a depression moving across. We are seeing gusts of about 98mph in north-west Scotland from the afternoon onwards. The rest of the country will be windy too.”

However, forensic meteorologist Dr Richard Wild has said that the whole of the UK could find itself in the eye of an even stronger second storm, with highly-dangerous, hurricane-force winds, by Friday night.

“At the moment this more serious storm hasn’t formed, but there are signs it could come in from the south west and have hurricane-force winds.

“We are keeping a close eye on things at the moment. We will have a better idea of the situation after the next few days.”

Whilst Durham has managed to avoid the worst of the weather so far, strong winds did make it more difficult to walk around town last week. Some students are now concerned that disruption caused to public transport could make it difficult for them to get home for the holidays.

Thomas Raine, a third year Chemist from Josephine Butler College, said “It’s OK for me because I live quite close, but most people I know are getting the train or even flying home for Christmas.

“If there’s anything like the problems the snow has caused the last couple of years then they might have problems with things not running.”

The public are being advised to monitor forecasts in order to keep up to date with the weather warnings.