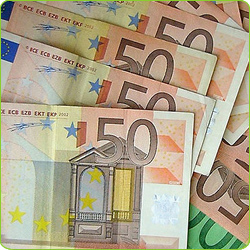 The Euro: On its last legs?

Last Friday was a very important day for Britain, as while 26 out of 27 members of the European Union have agreed on the inter-governmental accord, Prime Minister David Cameron refused to go along and instead vetoed the European Union treaty, after a 10-hour meeting in Brussels.

According to BBC News, 26 countries will adopt the new accord, which will take effect by March, levelling penalties if the deficit rules are breached. The main provisions of the agreed fiscal compact include:

According to The Week, 17 EU members and six countries outside the Eurozone agreed on the treaty from the start. Hungary, Sweden and the Czech Republic said they had to consult their parliaments, but eventually joined the new deal.

French President Nicolas Sarkozy said the talks broke down when Cameron demanded a legal protocol to protect the City and to preserve the EU single market be inserted in any new treaty.

Mr Cameron admitted to The Scotsman that it was an unprecedented move. He later defended his decision to block a treaty aimed at solving the Eurozone’s debt mess by introducing tighter fiscal integration and regulation among the 27 member countries. He argued the opposed treaty would distort Britain’s single market and it did not provide adequate safeguards for Britain. Too much control of the country’s economy will be relinquished and fall into the hands of other countries such as Germany and France, which would not be in Britain’s interest. For these reasons he decided not to sign that treaty. “A tough decision but a right one,” he said; “The core of our relationship with Europe – the single market, the free trade, the investment, the growth and the jobs – remains as it was.”

So what does it mean for Britain? This decision marginalized Britain from the rest of the EU members and triggered debates about the future economy of Britain and its existing status as a member of the EU.

Conservative Mayor of London Boris Johnson applauded the PM in the Telegraph. Conservative MP Mark Reckless said the PM was “as good as his word” in BBC News. However, the Labour Party has lashed out at his decision. Labour leader Ed Miliband said that the PM had “mishandled these negotiations spectacularly… It leaves Britain dangerously isolated, like a rowing boat against a supertanker.”

Deputy PM Nick Clegg admitted that he was “bitterly disappointed” and he did not think this move would be good for jobs, for families, for the City and the country. He also attacked Cameron for simply pleasing his “misguided” Eurosceptic backbenchers.