Elvet Riverside and Elvet Crescent has now been re-opened. Previously, policemen had evacuated the area ans the roads had been closed off. This is due to the handing in of ‘explosive devices’. 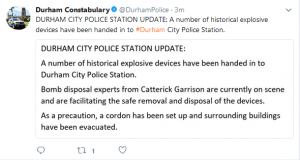 Those already inside Elvet Riverside had been urged to remain for safety reasons.

Durham Police posted this photo, confirming the recovery of historical explosives, at 17:32: 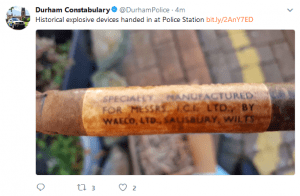