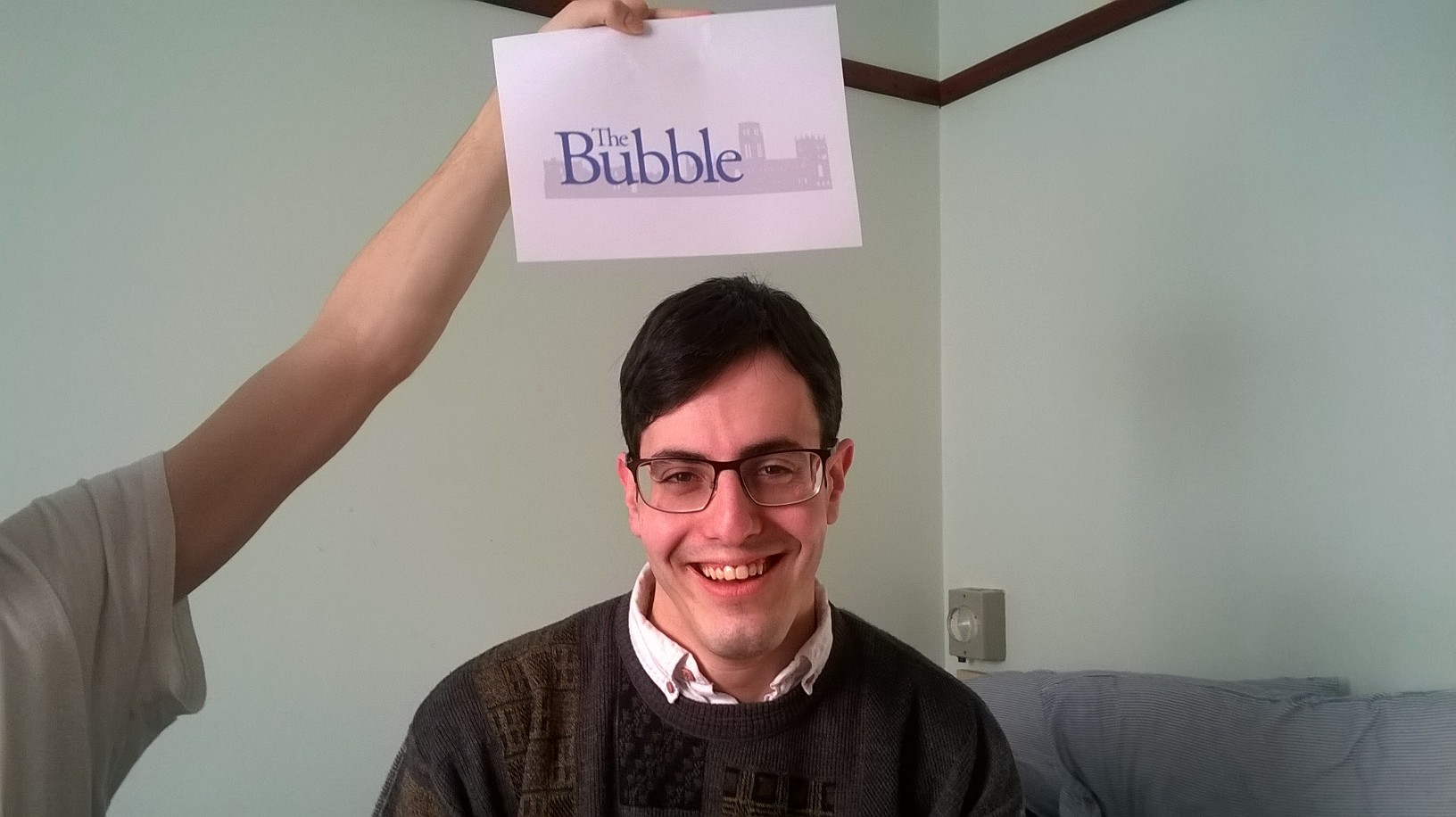 Daniel Morgan-Thomas, one of the contestants, with his
favourite Durham online magazine

Fresh from defeating Brasenose, Oxford, the Durham University Challenge Team will tonight face Gonville and Caius, Cambridge, in an attempt to prove that there is only one ‘d’ in Doxbridge.

During their first round, broadcast on 6 October, the Durham team beat Brasenose 250 to 35. In the second round, Durham faced York. This proved to be a thrilling match, which went right up to the wire. Durham was once again victorious, beating York University 210 to 160.

Selection for the University Challenge competition is carried out via try-outs during Michaelmas term each year. This is organised by the Students’ Union with the support of the common rooms, who each enter a team and host the preliminary matches.

Joely Charlton, Activities Officer at the DSU , said: “The Union has worked hard to improve the team selection process. In the past we held inter-college try-outs, with the best college going on to the TV show.

“We changed this process and introduced wild-card teams, to give more people the opportunity to try out. Throughout the try-outs we monitor individuals’ scores and the final team is made up of the best individuals.

“We have seen this pay off so far this series, with Durham so far easily progressing to the quarter finals. We are all very excited to see how the team fairs in the three quarter final matches!”