Durham: The Best of (Part One) 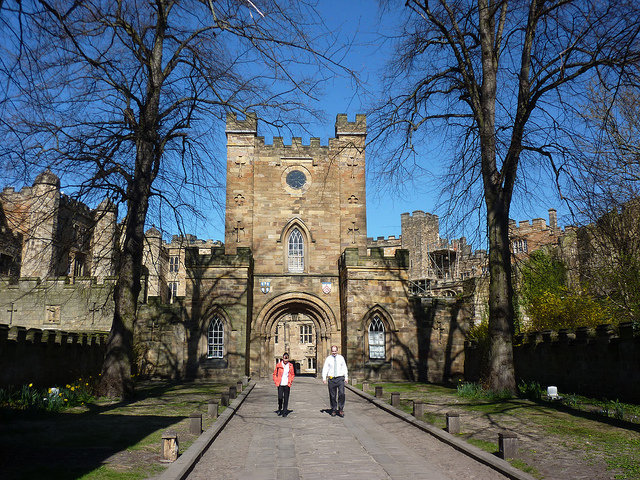 As Durham second years are wistfully remembering the year that doesn’t count and third years look ahead to dissertations, finals and eventually the real world, the new first years are embarking upon the next phase of their lives. And who better to help them through the worries and excitement, the new-found independence and crippling doubt, than those that have been through it all before? So, for all of you new Durham students (or those who are returning and just in need of a little inspiration) we have compiled a collection of current students’ views on the best things that you can do during your time at the university. They let you know how you can make the most of three years that will slip past in a flash, and how you can come out alive and kicking at the end of it…

“When I came to university I was aware that Durham was known for being in its own little bubble, a student zone cut off from the rest of the population of the North East of England. But what I didn’t know about was the number of students groups in the city that are seeking to change that, and that it would be with them and the local community that I would have some of my best experiences during the past two years. It doesn’t matter how you get involved with volunteering – it could be through the university-wide SCA, a college group or even a branch of a different society – because what you can guarantee is that it will give you a whole new perspective on your new home. I’ve taught debating classes to school children and ex-offenders, tutored a GCSE student and run fun days with a local community centre, all opportunities that have left me hunting down more chances to volunteer in Spain during my year abroad! For me, it was my chance to help others whilst also helping myself, both in terms of my CV and growing as a person – and how else are you going to get to listen to a recovering drug addict reciting his own performance poetry in the castle? The true best of Durham is when you break out of it.”

“Far from being just a means of starting awkward conversations in Freshers’ Week, fancy dress has become a way of life for me at Durham. Since I inherited it from an older cousin, my collection has grown in size to vastly outnumber any conventional clothing I own. This is the explanation that I offered when I was occasionally found dressed in Arab robes in my college room during first year. On that note I must stress that the lime green mankini has – for the time being – remained in storage. My advice to any freshers would be to invest time and money in your fancy dress collection, just as you would do while building up a CV. Why? Because when you are an elderly man looking back on your time at Durham you won’t remember all those clubs that you ‘joined’ at the Freshers’ Fair, nor will you be able to recollect the nights in the library putting the finishing touches to an essay. What you will recall with a clear mind is the sight of full-grown men dressed like idiots; sprinting through the snow.”

“The best thing you can do in your Fresher’s year is to sign up for lots of societies – now is the best time in your life to try new things. You may think you don’t have time in first year to do ballroom dancing and pole dancing, but you’ll be even busier in your second year, so sign up for both now! Most of Durham’s dance classes are incredibly good value for money, particularly swing dancing, where ten pounds a year gets you an hour and a half of lessons every week, plus lots of offers and events. If you want to dance without practising at all, join the folk society, which throws a wonderful dance with live music every term. Meanwhile, Game Society and Assassins’ Society are good places to relax and make friends. Perhaps the best society of all is Improvised Comedy, where you will end up lying on the floor laughing at least once per session. The more out of your depth you feel when you leave home, the more important it is to grab your new life with both hands by joining societies and getting to know the people you meet.”

“When prospective students dream of their alcohol-fuelled, CV-enhancing (!) freshers’ year, their mind wouldn’t usually jump straight to being a module or course representative. However, despite normally being relatively apathetic, a burst of rebellion combined with a real enjoyment of my Catalan module led to me and another girl signing up to become co-reps. Contrary to popular belief, university isn’t just a consumer product- you can have an impact, you can tell the establishment if you don’t agree with what they’re doing and you can take steps to change it. What made module repping special for me is that our course actually came under threat. Due to the current financial climate, outside funding for the Catalan course had been withdrawn and the university was not prepared to fund it any further. As many students from all tiers of the university were very passionate about Catalan it was very important that the staff knew how we all felt- and that was our job as module representatives. After organising a petition and meetings with staff in the higher levels of the Modern Languages department it was announced it would be carried on for another year. I would definitely recommend this, particularly if you want to get involved in student politics- the meetings can be tedious, but it’s essential that students get their say in even the most ‘trivial’ of matters.”

“I’m one of those obsessive people who likes to make lists. Lots of lists. I plan in advance and I like structure. This isn’t for everyone but I would definitely recommend having some pre-planned ‘down time’ in your diary. I don’t mean ‘Klute’ pencilled in every night – that goes without saying! It’s really nice to have something else to look forward to, be it the Durham Christmas markets, a day shopping in Newcastle or going to see a play at The Assembly Rooms. Doing something different every now and again will provide you with even more happy memories and help to get you through any homesickness or essay crises. First year really does go too quickly so do new or exciting things while you can. It doesn’t even have to cost very much at all – a picnic at the top of Observatory Hill or trip to the Botanic Garden can be done on the cheap (the latter is free with your campus card!). Just DO STUFF that’s not related to work, societies or college. Embrace your new freedom and have fun!”