Durham ranked top 50 in the world for Arts and Humanities 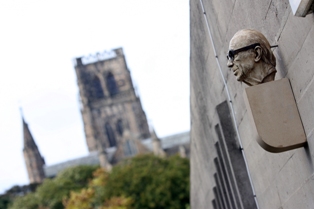 Durham University has been ranked in the top 50 for Arts and Humanities in the 2013/4 QS World University Rankings.

The league table, which is one of the most influential in the world, gave Durham an overall ranking of 90th, up two places from last year.

Durham University’s vice-chancellor, Professor Chris Higgins, said: “Durham is recognised both nationally and internationally as one of the world’s leading universities, acknowledging our strengths and combining innovative research-led teaching with a unique student experience.”

The methodology behind the QS remains controversial, however, as Durham is constantly ranked beneath its rivals that it supercedes in national league tables. Although it comes fourth in the UK in the Sunday Times University Guide 2013, the university is rated below several of its competitors in the QS rankings, including Warwick, Bristol and University College London.

Overall it was a good day for British higher education, with four out of the top ten universities based in the UK. However, concerns have been raised about the ability of domestic institutions to keep up with the US in producing cutting-edge research, as Cambridge was the only British university to make the global top thirty for research.

Durham also ranks in the World Top 25 for employer reputation with regard to the quality of, and international demand for, its graduates.

Professor Higgins added: “The distinctiveness of Durham’s combined education programme makes our graduates among the most sought after in the world.

“Our college system allows students to lead their own extra-curricular activities in sports, the arts and volunteering and outreach.

“This opportunity allows students to develop key skills valued by top employers, such as leadership, critical thinking and entrepreneurship, alongside their academic learning with some of the world’s finest researchers across arts and humanities, the sciences and social sciences.”