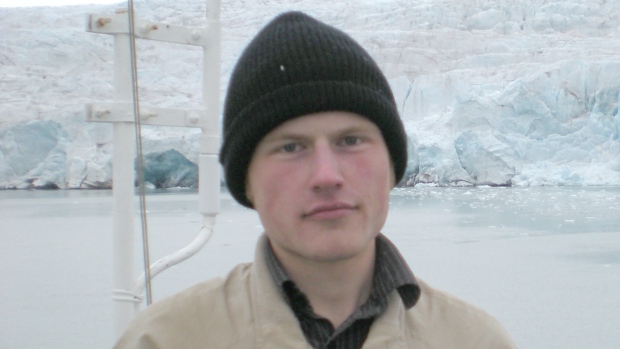 Police are appealing for information from the public

Tom Billings, 22, has been missing since 25 November after failing to return to his accommodation in Vancouver.

He graduated from Trevelyan College earlier this year with a first class honours degree in psychology.

Canadian police describe him as white, 5’7″ tall, with short blond hair and blue eyes. He was last seen in the 1400 block of East Broadway Avenue wearing a black jacket and grey military style trousers.

“I think the most likely thing is he got into trouble on the mountain.”

Information gained from the public place him on the North Shore, a mountainous area just outside the city.

By Wednesday afternoon, searchers were following tracks which were spotted from a helicopter.

“We are not sure if these are the tracks of Mr Billings, but because of the areas that we have been searching, we feel like we need to close off on these tracks,” said search and rescue team leader Tim Jones.

“We have field teams above and below those tracks.”

Tom is described as a seasoned traveller and an avid hiker, who was exploring America for the first time.

His father Martin Billings, a lawyer from Oxford, issued an appeal for information to help trace his son at a police press conference.

He said that Tom has applied for postgraduate research, and was using a “window” of eight to ten weeks to hitch-hike through America, travelling by bus and “coach surfing” – staying with hosts he had met through the internet.

“He left his backpack at the house and police think it is fairly clear that he wasn’t intending to stay out anywhere for an immense amount of time.

“We think he would have got himself up to the North Shore and gone out for a three to four-hour hike.

“I think the most likely thing is he got into trouble on the mountain. We just hope he can be found somewhere safe and can get back to his normal life.”

Mr Billings last heard from his son by email on 22 November when he was still in Seattle. He was described as being in a “light-hearted” mood.

“Our concern is that he is injured and he is out there and needs help.”

Tom was planning to stay in Vancouver for “one or two” more days before catching a flight from New York on 7 December.

Asked what his “gut instinct” was about what has happened to his son, Mr Billings said: “The things that have gone through my mind are in many ways too horrible to mention, I cannot deny that. 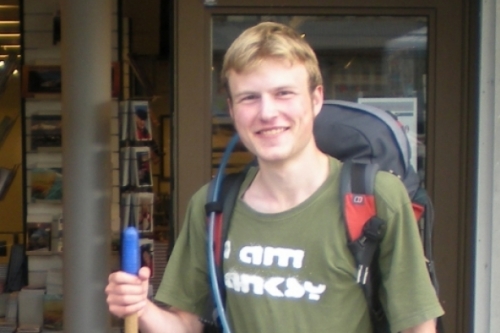 Tom is an experienced hiker

“I think most likely is that he got into trouble somewhere on the mountain. From there, I do not know. What I hope is that he got to a warm place – maybe he has broken a leg or something.”

Police have already conducted a “massive sweep” of the area where they believe Tom might be, and a helicopter search of the mountains is planned for when the weather clears.

A Vancouver police spokesman urged the public to come forward with information, saying that “no tip was too small” in helping to trace Tom.

“Tom Billings is a very experienced hiker, as you can tell from what his father tells us.

“Our concern is that he is injured and he is out there and needs help”, he said.