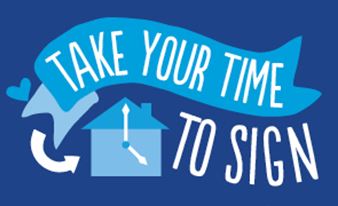 Signing for houses too soon may be unwise

The campaign is being launched today, and aims to encourage people to sign for houses later in the academic year.

The Students’ Union is working in partnership with the University and college JCRs, after concerns were raised about a recent rise in the number of students seeking support due to concerns over housing.

According to the University Counselling Service and Students’ Union Advice Centre, 81% of these cases involved students who had signed in November.

During the campaign week (18 – 24 November), welfare and livers’ out officers will be working in colleges to educate students.

Several estate agents, including Hope Estates, Bill Free Homes and StuRents have expressed their support for the campaign, and have agreed to feature promotional material in their shops.

Advertising for housing has been banned in all university buildings and colleges until 1 December.

“Remember that lettings agents are salespeople and are trying to sell you a service; they are under pressure to let their properties.”

The Students’ Union Housing Fair will take place in January as part of the Refreshers’ Fair. This will be an opportunity to find out about landlords, agents and potential houses.

One older student commented: “You don’t have to decide where to live in November when you have just arrived at university.”

Another explained that there are more houses available than students in Durham, and that many estate agents “do not release their good houses until January”.

The Durham University service that advertises private accommodation for students, Studentpad, will be launched on 1 December rather than its usual start date of 1 November. This is intended to persuade students that signing for a house before this date is unwise.

Prospective tenants are also be urged to go to the Students’ Union Advice Centre to get their contract checked, as this is a legally binding agreement.

“Student housing is a very competitive and lucrative market, which is why letting agents put pressure on student by telling them that the ‘good ones go early’ and that you won’t be able to find anywhere if you leave it too long’.

“Remember that lettings agents are salespeople and are trying to sell you a service; they are under pressure to let their properties. You, as the student, have the power.”