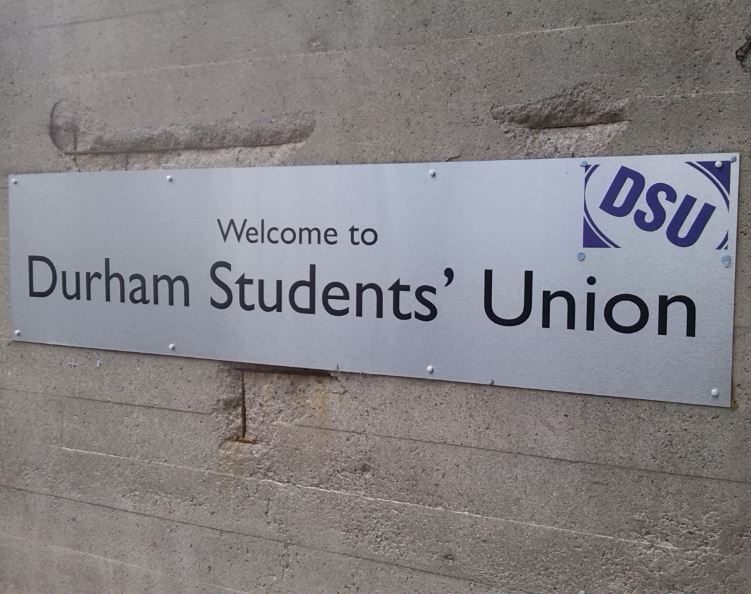 Prospective student officers filmed one minute promotional videos at the DSU today, as they start their respective campaigns ahead of the opening of voting on the 10th of February.

The available positions were Community, Development, Activities and Academic Affairs Officers, as well as two candidates for DSU president.

Most candidates were not particularly optimistic that the videos themselves would be watched by that many students, but they all were keen on interesting the interest and participation of the student electorate.

There was a Q&A session in Stockton for a student trustee by-election for which a “grand total of zero” students turned up.

William Pinkney-Baird, running for Activities Officer, said “I’ll do what I can to raise awareness”, adding that he would do so “even if I wasn’t standing.” Kara-Jane Senior, also running for Activities Officer, citing low attendance at DSU meetings, said she thought that too many people were not engaged with their union, but said that may be because they feel that the DSU is not engaging with them. She said that if elected, she planned to meet up with JCRs and MCRs to try and find ways of encouraging students to vote, adding that she was hopeful that the majority will make their voice heard.

Millie Tanner, current present of St. Cuthbert’s Society JCR and looking to be DSU president next year, also said that she recognises that students connect more with college JCRs than with the University student’s union, but this was not a bad thing, and that she hoped to use her experience to improve the working relationship between the DSU and the college common rooms.

Chris Cook, the third Activities Officer candidate, said that one way he would improve turnout was to ensure that he spent a significant amount of time campaigning in Queen’s Campus, recalling a Q&A session in Stockton for a student trustee by-election for which a “grand total of zero” students turned up. William Pinkney-Baird also suggested that students at Queen’s could feel excluded, saying that he hoped to improve links between Stockton and Durham City. He also listed LGBT, international, disabled, mature and postgrad students as groups he felt were under represented in student groups and societies, saying that he would work with societies to reach out and ensure that they felt welcomed and able to participate.

For many candidates, personal experience played a big part in their decision to run. Ben Frost, going for Academic Affairs Officer, recalled the sometimes chaotic module registration for combined honours, with different departments giving different deadlines to choose modules for the following year, not to mention the difficulties in fresher’s week. He would like to see the times of module registration across departments standardised. Asli Kandemir, an international student from Van Mildert, said that it was difficult for students for whom English is not a first language to get academic reading and writing skills resources tailored to their individual subjects.

“The University has to view its students as partners, not customers.”

Kara-Jane Senior, meanwhile, was motivated by a very positive experience with societies, saying they are a “big part of my life”. She remembered how her involvement in societies helped her when she was struggling with her degree, saying she wanted to encourage everyone to get involved, as it could help them to learn important skills and broaden their horizons, and other benefits not all students may be aware of.

Others looked for wider change within and sometimes beyond the university. Daniel Morgan Thomas (of University Challenge fame and running for president next year), said he thought that students wanted change from the University administration, listing becoming a living wage employer, fixing international fees and addressing the recent hike in accommodation fees as issues he wanted to address. He said that the university had to view its students as “partners not customers”. Asli expressed her support for free education and a better gender balance within universities, seeking close cooperation with university management to change the policies of Durham, saying that then other institutions may follow.

All the candidates seemed to be looking forward to the campaign ahead, though as far as exactly what we can expect over the next fortnight is concerned, some kept their cards close to their chest. “That would be telling, surely?” replied Ben Frost when I asked him how he would be getting his message across. However, there was a general keenness to use social media and posters to promote their campaigns, as they seek to be given an opportunity to represent Durham students in the next academic year.