Dominic Daly: From Durham to Damascus

As anyone who has either taken a gap year or embarked on a year abroad knows, travelling somewhere far away can be a challenging and revealing experience. It’s a great chance to get away from the monotony of English life and do things you’ve always wanted to. As for myself, this was my first time away from England for an extended period of time as part of my Arabic and Spanish degree, and so I dutifully decided on my first destination: Damascus.

I arrived in Damascus, Syria on September 2nd in the midst of the many delights of Ramadan, which mainly consists of not eating or drinking on the streets during the day and being frowned upon if you did. As a Westerner, I tried to follow suit, but failed regardless, and I ended up snacking and drinking water in the depths of my room during the day. 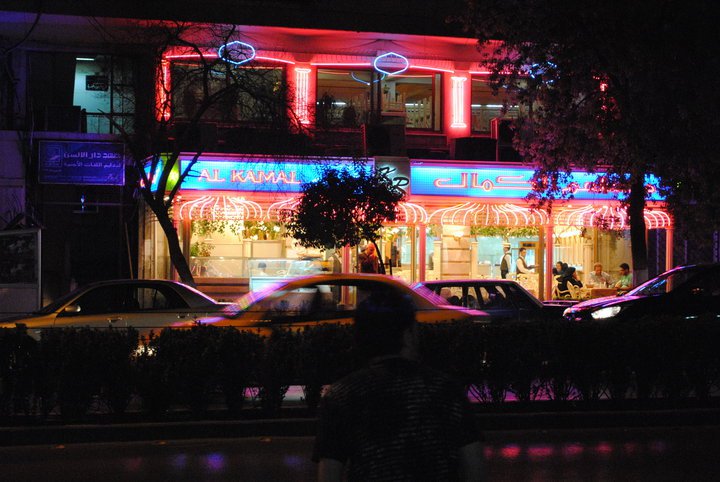 When I first arrived I visited “Gemini”, a restaurant in the newest part of Damascus, for around ten pounds you can (of course during the appropriate time of day) enjoy a perfectly cooked steak at half the price of it would cost at your average English restaurant. Of course the quality of the food diminishes as the food gets cheaper, for example, a visit to another restaurant entitled “Grape Leaves” costs around two pounds for a main meal that will fill you up for the evening. One thing you learn to appreciate after a few weeks in Damascus is the value of three-dimensional food. Bread rolls are an unexpected luxury in Syria, and after weeks of consuming flat bread, you can understand why.

Exploring the city during the day was interesting; in England if you need to quickly pop out and buy something at 11pm it would usually be quite difficult, but not here. In Damascus, businesses operate either early in the morning or obscenely late at night, and this seems to be when the clothes stores and markets are at their busiest. 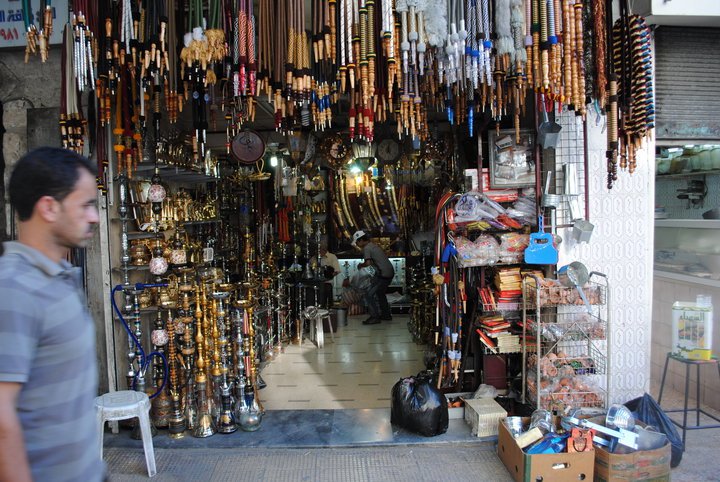 One of the stores in Damascus

Strolling down the street for a late night snack from the “schwarma” you get to see the Syrian queuing system, or the apparent lack of it. But after a while you abandon that innate British instinct to form a queue and quickly realise that not all cultures should be judged by the ridiculously high standards the British hold when it comes to manners. I realised that in Syria, I would have to abandon the quintessential polite tea-drinking stereotype, or risk going hungry.

On a more positive note, to travel the length of Syria in a bus costs around eight pounds and this makes exploring Syria both cheap and easy to accomplish. For a taxi to drive me the equivalent distance from the Science site to the Viaduct, it would cost me around sixty pence. There are of course some similarities between Syrian and Durham taxi drivers; you get the occasional one that will try to rip you off because you’re a “foreigner”. 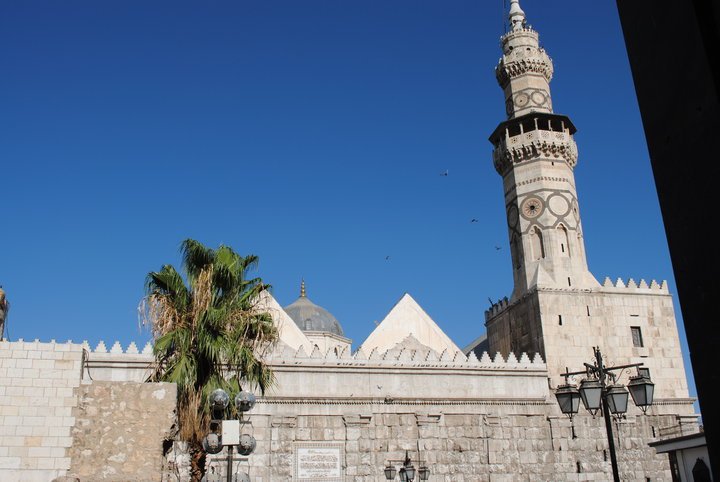 One of the many historical sites the city has to offer

The infrastructure In Damascus has a sort of structured chaos to it, where no driver uses their mirrors, everyone uses their horns and there seems to be no rules when it comes to roundabouts or lanes. This is yet another British tradition I soon realised holds no value here, and I am surprised to admit that I am yet to witness a serious collision, or even the occasional scraping of a neighbouring car. Syrians have a similarly slap dash approach to road safety for pedestrians, since there are no proper pedestrian crossings and often it’s a simple case of waiting the obligatory five minutes and then following in the footsteps of a local. 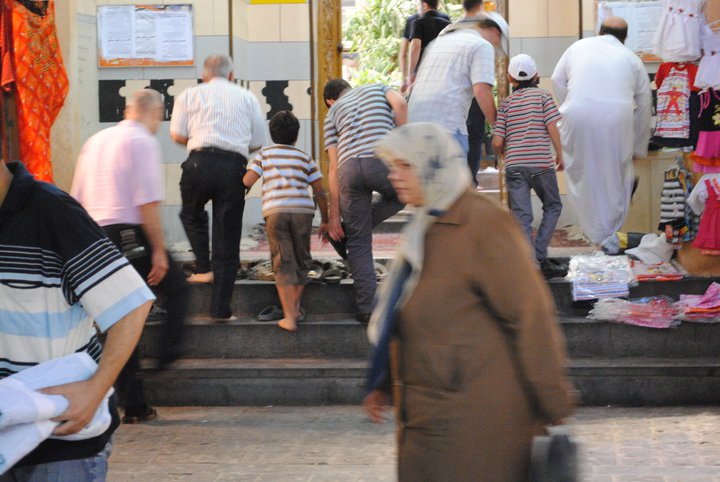 The busy streets of Damascus

There is also a clubbing scene in Damascus which I did not expect. Every Friday night we all head off to Serai, which is a bit like Studio but with more space. Drinks cost five pounds but you get your money’s worth: there are no real measures a glass will be filled with vodka before being topped off with coke. Smoking is also still allowed in clubs, but with the price of cigarettes at around sixty pence a packet, it is no wonder. There is also plenty to appease fans of the “pre-lash” since a bottle of “sham” gin or vodka costs just three pounds…

One of the biggest misconceptions I had about Syria was that the streets would be dangerous, especially at night. As soon as I arrived in Damascus I realised how wrong I was: I soon learned that I could walk about after dark with my camera around my neck with no fear that somebody would try to mug me so long as I didn’t advertise myself as a walking target, flashing my money around at every opportunity. For girls however, it is a different story. The fairer sex usually has to make sure they’re in a large group or with a man when walking around late at night.

Although I haven’t discovered all of wonders Syria has to offer, Damascus has earned my affections with its crazy taxi rides, cheap food and unforgettable people. Whilst my next destination, Northern Iraq, will well and truly take me out of my comfort zone, it is fair to say that I will miss Damascus, perhaps more than I miss England’s bread rolls.