Debate report: Should we be proud to be patriotic? 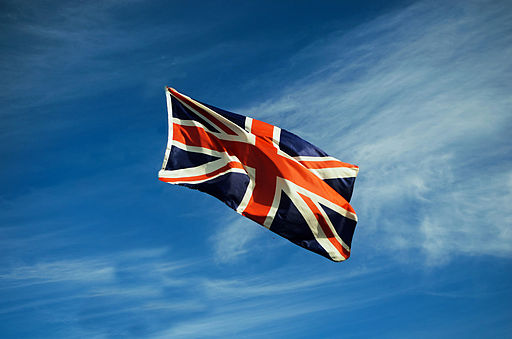 What does it mean to be patriotic?

Speaking in support of the motion was media lawyer, Mark Lewis. Lewis argued that “the word ‘patriotic’ has developed a meaning of being a racist, nationalist, or supremacist”, which he disagreed with.

Explaining how his grandparents were refugees who sought British asylum, he said that they would be “proud” he is able to enjoy “the rights being a British citizen gives”. He claims this is not because of “something like the BNP”, but because he has a “voice in this democracy, and shares a pride in it”.

He also claimed he is “proud to be British because it enables us to dissent from it”. Pointing out that “there are some people who steal the clothing of patriotism”, Lewis urged the audience to “ignore it”.

Lewis also compared being patriotic to “supporting a football or cricket team.” “England isn’t going to win”, he said, “but we still cheer it… We are a liberal democracy and we support everyone.”

Speaking against the motion was political campaigner Peter Tatchell who recently campaigned for the abandonment of the British national anthem.

Tatchell argued “patriotism usually goes hand in hand with nationalism”, which he claimed has been a “divisive force in global politics and caused much war”.

In the case of “unjust British colonialism”, he argued that “nationalism [as shown by the Indians, for example] was the right thing”. In contrast, he argued that the “extreme nationalism [and] jingoism” that took place during the First World War “divided people”. He also claimed that “McCarthyism led to many innocent people being persecuted”.

Claiming that patriotism is very closely linked with “nationalism, superiority, and exclusion”, Tatchell argued that “we need to look at the reality rather than the theory”. He said that even in Britain, if you didn’t support the Falklands war, “you were deemed to not be patriotic”. In this way, he argued “patriotism is seized, used, and manipulated to justify [the government’s] cause”, and “suppress liberties”.

Arguing there is a “big difference between being patriotic and being a good citizen”, Tatchell claimed he was “proud of some of the achievements of this country in eradicating slavery, encouraging equality, and implementing discrimination acts”. He, however, also claimed that these are not “uniquely British values”, adding “they are shared by people all over the world”

In pointing out that there are some “good forms of patriotism”, Tatchell used the example of World War Two, when Britain “sought to liberate the world from Nazism.” Nevertheless, he argued that “it wasn’t patriotism, but the values [of “liberty and freedom”] that we were defending”, claiming that the “mass incarceration of anti-Nazi Germans” in Britain was also “done in the name of patriotism”.

Tatchell concluded that we need to take “more recognition of universal human values that combine all people in moving towards a better world to solve conflicts and problems peacefully”, adding that “we are all much more than our national identity”.

Also supporting the motion was CEO and Co-Founder of Somerset Capital Management LLP, Dominic Johnson. Differentiating between patriotism and nationalism, Johnson argued that “patriotism is about the admiration of a way of life. It is about values and beliefs. It is not excluding, it is ultimately and most importantly about inclusivity. It combines us above all things”, and is compatible with “democracy and secularism”.

Johnson also claimed that “rights and liberty are the very essence of patriotism”. He also claimed that the Suffragette Movement wove “a thread through our nation to achieve liberty”, which he argued is “the most effective and least violent method of transition to the world today”.

Referring to the Middle East, Johnson claimed that “it was a lack of understanding of patriotism that allowed western diplomats to draw the borders”. He claimed that they are now “coming here because they are patriotic for our ideals”, arguing that it is “not just about flag waving or supporting a government”, but is “about coming together as a nation.”

Johnson also claimed that “if we felt more patriotic about our brothers and sisters, we would solve more community problems”, and that patriotism “puts upon us obligations and duties to each other – the final obligation or duty is to die”.

Quoting that “man has no greater love than to die for his fellow countryman”, Johnson concluded that “the future of our country depends upon more, not less, patriotism. It is about liberty and freedom”.

Claiming that Lewis and Johnson “haven’t really argued for patriotism, but for morality” was international speaker, thinker, and intellectual activist for Islam and Muslim affairs, Abdullah al Andalusi. He argued that “we should be good neighbours, whether or not we are a citizen of that country”.

In defining patriotism as “support for one’s country above others”, he stated that he would much rather define himself as an “internationalist”, as “the land doesn’t give you anything unless you are a farmer” – it is one‘s “mum and dad” that provide you with things to show “gratitude” for, he said.

Attacking those who regard patriotism as “an aspect of identity”, he claimed that they are either “egotistical or conceited”. He also claims that being proud of the national history of one’s own country had a similar effect, as “you didn’t do it”, and one would have to also “claim the very nasty things done”, such as the Iraq War, in which he claims soldiers were sent with a patriotic “mantra in their hearts”.

Defining patriotism as pride in distinctiveness, he also questioned whether any other country claims to believe in “fair play and justice”, or “drinks tea – ironically, an Indian export”.

Drawing reference to World War Two, which he claims Britain saw as a “righteous war”, he argued that “Churchill didn’t stop Hitler for persecuting the Jews after Kristallnacht”. He argued that the “problem” is that “patriotism gives politicians a means to manipulate” in defining what “British values” are.

In opposing Johnson’s remarks about the Middle East, he claimed that “it was the insertion of patriotism by the British”, that caused “a power struggle by many factions to find the characteristic of that nation”. He concluded that “you will never have a quiet world until you knock patriotism out of its place”.

In response, a member of the audience questioned the reasoning behind the proposition’s styling of patriotism on liberty and democracy, pointing out that despite this, Jeremy Corbyn was labelled as not being patriotic for not singing the national anthem. Another claimed that the proposition had overlooked the negative effects of British patriotism.

Other members of the audience said that there are many things worth being proud of in Britain, that the opposition presented patriotism as being extremely narrow, and that just because atrocities have been committed in the name of things, doesn’t mean we shouldn’t acknowledge the good. A further member argued that patriotism is intrinsic, unconditional love. It was also argued that there was a lack of consensus on the definition of patriotism.

After two acclamation votes, division was called. The opposition won.