Dear students who don’t love their subject: 5 reasons the education system is stupid 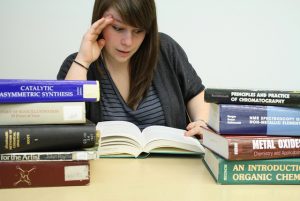 Are you someone whose real passion lies outside their degree subject? Did you figure that out before or after you got here? For me, it was after.

University is fantastic for showing you new societies and people which could well change your life. However, if you get a little too fond of what should be a secondary activity to your all-important degree, I have some bad news; there are few routes out.

So this open letter is my catharsis – my 5 reasons why the education system is dumb and you too, could find yourself falling out of love with your degree subject.

5) Kids don’t know what they want

Considering we have to start the process of applying to university just out of Lower Sixth, we essentially have to make one of the most important decisions of our life at 17. But we set ourselves up for that decision at 15/16, when we choose our A levels. I mean really – who came up with that? I don’t know about you, but looking back on my 16-year-old self makes me cringe with bad decisions, lack of self-knowledge and lack of confidence. When the suits of the educational world wonder ‘why?’ at some of the lack of enthusiasm and drop-out rates at universities, they should ask themselves; would I want to live with any decision that I made when I was 15-17? 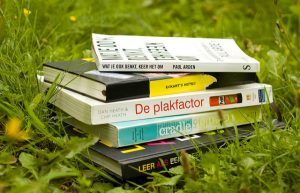 Not when it ends up with me reading ‘De plakfactor’

4) Then you look at the Americans

I have friends in the States, and the way their degree works is that their first year is pretty vague, dabbling their hand in the general area of their interest e.g. humanities and they specialise as they go. What the hell? Why didn’t we think of that? As under that system, I wouldn’t be writing this article right now. Granted, not all aspects of American university life I would necessarily want – but at the end of the day, you don’t look at the U.S. and go ‘this is a country falling behind’, regardless of your opinions on the latest election.

The Americans don’t have this though
Credit: ADTeasdale

3) They say they do, but they don’t really take into account mitigating circumstances

Who here can honestly say that they chose their degree subject based only on what they really want to do? If that’s you, you’re lucky. But in many cases – as in mine – you also choose it based on what your parents think, what society thinks, and potentially what will make money. Okay, a system couldn’t possibly take into account if you did it just to impress Mum or because you thought it would look cool – there would be chaos. But should any consideration be made for people from backgrounds where their hand may have been forcibly guided? All I’ll say further is this – you look up to parents when you’re young like they are the Don, know all, know best. But as you grow old, you realise they’re just people; and maybe doing Business because Mum says it will make you money or doing Art because Dad says it will ‘free the soul’ isn’t really your destiny. 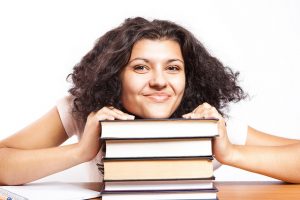 Me before the week begins

2) When you realise, there’s no way out

If you are bold, then there is always a way out; drop-out, transfer subject or uni. However, for many of us, that just can’t happen – you can’t afford to waste the £9K/year plus living expenses, or you don’t want to waste 1 year + of hard work, or your parents/guardians would literally make your life unliveable. At that point, your only hope is to try and switch subject, or maybe to joint honours, in a way that continues straight into your next academic year instead of restarting as a fresher. Let me tell you this; it’s really hard. They only have a certain number of spaces on each course (especially at competitive universities), only take grades and numbers into account, and giving the incredibly convincing performance that they don’t really care. I didn’t talk to a single human being in person who was directly involved in the process. And their way of letting you down effectively goes like this: ‘Dear Student, We’ve rejected you. Soz’ — no further contact — 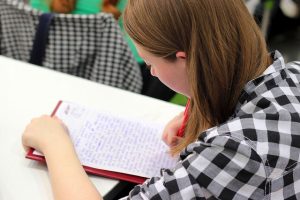 1)Everything will be alright though

The only thing you can do is make the best of it. And really, that’s not that hard. If you really can’t take it, just drop out. I know you might worry what people may think, but there’s really no point – other people will think what they think, but it isn’t your problem unless you make it so. Especially if you probably won’t see most of them again. If however you’re worried about what your parents think, and the fallout could be quite violent, I’d genuinely encourage you to make a stand. An article written by a nurse on a terminal illness ward a long time ago said that, listening to dying people at their bedside, the most common regret was not lost loves or cruel mistakes – it was living their lives for other people; be that parents, society or otherwise. None of us know for sure whether there is or is not something on the other side, so make use of the time. In my case, I’m continuing my degree with heart, but putting my greatest energies into what I really love.