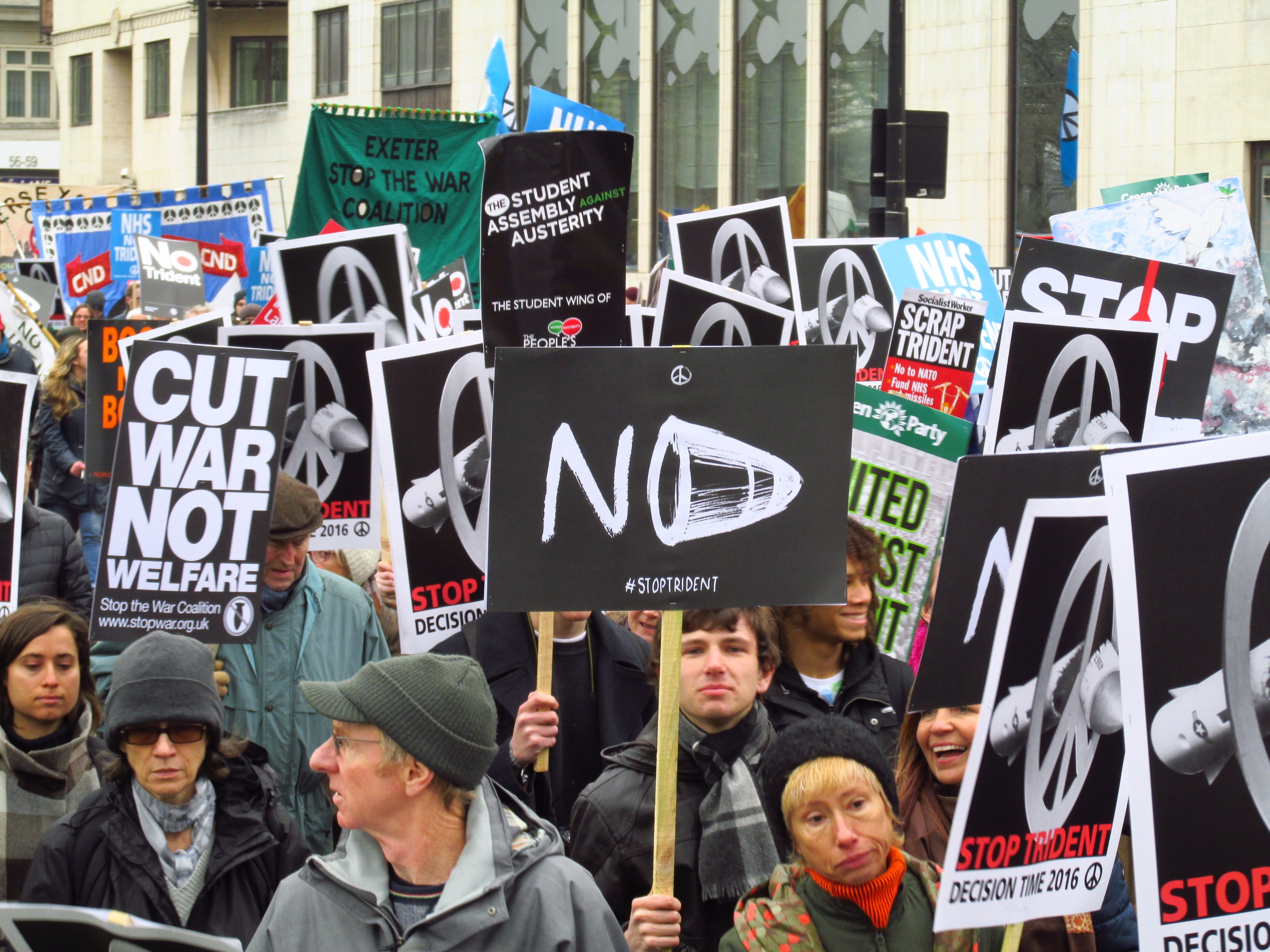 Protestors in London on Saturday