Bribery, Coercion and Corruption… and the exams haven’t even started yet. 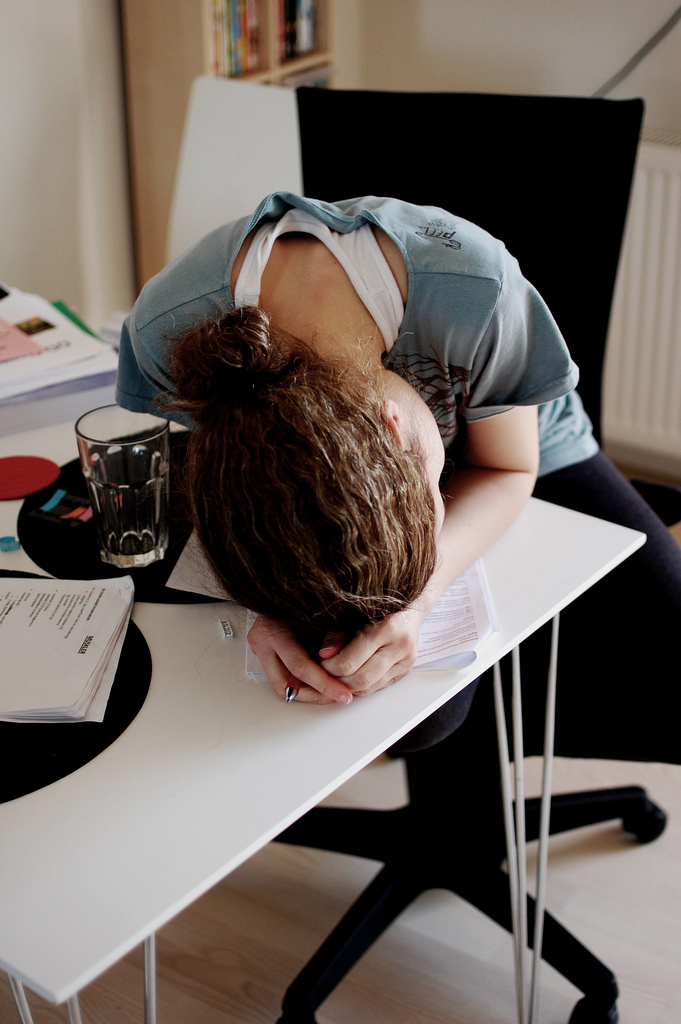 And here we have the native student…

Armaments have begun. There is a certain type of student wielding their Rymans carrier bag as a visible demonstration of their commitment to the noble cause, fresh faced, eager to learn and hungry for success. We are in the territory of Revision. The relentless recollection of hours in which we saturate ourselves with knowledge, and the ceaseless lament of hours we have lost to inevitable procrastination. Casting aside the shackles of the summative, we set our sights anew to the pursuit of knowledge, and the pointless speculation as to the combination of topics to appear on the exam paper.

The Hyde to this Dr Jekyll student lurks in the depths of the various libraries and study rooms around Durham, tucked away in oppressive silence. Rooms reserved for socialisation have become the intellectual’s brothel, the places where you cheat on the written word with real human beings in order to conduct the seditious act of exchanging superficial gossip. Those teetering on the edge of procrastination try and bribe themselves back to concentration with gifts that start as small as the lowly Kit Kat bar and end up becoming a DVD box-set. Upon sneaking out of the bar one evening and back into the library I feel every set of eyes hone in on me… they know exactly where I have been and what I have been doing. There is truly no guilt like revision guilt to psychologically undermine and unnerve even the most stalwart student.

Melodramatic? Certainly. And who am I to pretend to tell the Durham student, of all students, anything new about exam season than that which they already know and fear? I too, have looked to my usually amiable neighbour sitting at dinner and dreamt of a thousand ways in which to incarcerate them with my fork if they persist in declaring how many tens of hours of revision they have clocked up. A casual glance across at the other tired, sunken faces of the more sane members of my college tell me they are thinking the exact same thing.

But as one of the more examined student bodies of all UK HEIs, and as a part of the most examined nation in Europe, surely we should be used to this by now? Just in case you didn’t know what “type” of student you are, some helpful people at a leading institute for psychological research have been helpful enough to point out the obvious and highlight that we need to channel our nerves into a productive work ethic. They have helpfully invented a Glamour-esque style “What type of student are you” just in case we didn’t already know the type of revision-hater we are. If you have “low frustration tolerance” and “denial of responsibility” then congratulations, you are a “self indulgent student”. For those with a “denial of potency” and have a tendency to “unnecessarily deskill yourself” you are labelled a “tense and fearful student” in psychological vernacular. And for those who want total control over the exam, set impossible goals for yourself and have “obsessive, workaholic tendencies”: well, you are erm… a “perfectionist student”. Frankly I can think of better ways to procrastinate than finding out if you’re a nervous student or not, starting with YouTubing talking dogs or visiting www.sporcle.com… but each to their own procrastination.

Laying aside exam-induced scepticism for a moment, genuine concern has arisen for the psychological welfare of University students. According to the Association of University and College Counselling, exam stress is certainly nothing to sniff at. Over 63% of Universities report a significant increase in psychological distress during the exam period. Whilst only two institutions in the country fail to provide any counselling service whatsoever, only 34.5% are able to provide on-campus psychiatric provision according to a survey undertaken by Royal College of Psychiatrists London investigating the mental health of students in Higher Education. Symptoms such as sweaty palms, racing heart and knots in the stomach are deemed all part of the natural “fight or flight” before a big event. (Those suffering from any other significant symptoms are obviously advised to seek medical advice and get in contact with Durham’s own Service for Students with Disabilities, otherwise known as DUSSD for any advice or support).

All seriousness aside, surely there can never be any getting away from the fact that exams are suppose to be, well, difficult… and the desire and pressure to perform is… well… unavoidable. It would appear that the proud high flying Durhamite will be keeping the libraries full, Klute empty and Rymans in business for a little while longer.