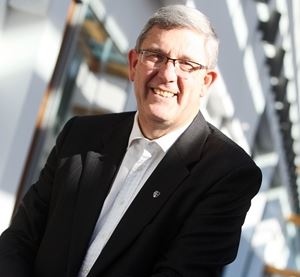 He said that he was “very sad” to leave

The Vice-Chancellor and Warden of Durham University has announced that he intends to retire.

Professor Chris Higgins said that he will leave the role no later than June 2015, which will be his 60th birthday.

The news was announced in an email to students. Robert Gillespie, Chair of University Council, said:

“Durham University is today, an exceptionally highly regarded institution. The current cadre of students, both undergraduate and postgraduate, are academically gifted, competition for places is high and our NSS scores are improving.

“The University is in a sound financial position and there is increased professionalisation in operational services. In short, Chris will leave the University in a great order for his successor.”

Professor Higgins will relinquish all his executive responsibilities from 30 September 2014, but will remain as Vice-Chancellor Emeritus until his successor is appointed and the handover process completed.

In the event that the recruitment process has not been completed by 1 October 2014, Professor Ray Hudson, Deputy Vice-Chancellor, will become Acting Vice-Chancellor until a new one is appointed.

Professor Higgins said: “For some months I have been discussing with Robert Gillespie, Chair of University Council, the timing of my retirement as Vice-Chancellor and Warden.

“It has long been my intention to retire by 60 (a landmark I am shortly to reach) from what is, unarguably, an all-consuming role.

“I will, of course, be very sad at leaving the University I love, and friends and colleagues I admire. However, the timing is right.