A Four-Day Key to Durham’s Hidden Past 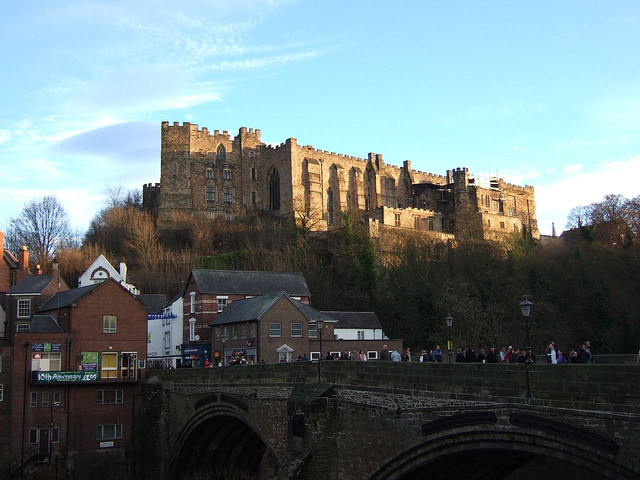 Durham Castle: Just one of seventy-three historic locations in County Durham accessible for free next weekend

Between September 12th and 15th Durham County Council is running a series of Heritage Open Days, allowing the public free access into a number of buildings and other areas that are of historical or architectural interest, as well as providing corresponding tours and activities.

The Durham open days are tied into a national event which has taken place every September since 1994, now funded by English Heritage although originally piloted by the Civic Trust. Through the days, the Heritage Open Days National Partnerships aims to ‘celebrate what makes local communities and neighbourhoods special’ in order to ‘foster a sense of belonging and pride’.

Seventy-three separate locations will be available to access in County Durham, ranging in distance from Durham city centre to the county’s outskirts and covering a wide range of interests from a Roman fortress to seventeenth century gardens and a lifeboat centre. Many of these sites are not normally open to the public, including the historic buildings of the Chorister School and the nature reserve at Bishop Middleham quarry, as well as the restored priory buildings at 7 Pimlico on South Street and medieval Brancepeth Castle For those willing to travel further afield, there is a rare opportunity to enter the Anglo Saxon St Andrews church or a late-eighteenth century Quaker Meeting House in Cotherstone. Even more sites have waived their usual entrance charges for the long weekend. To bring people yet closer to local heritage some traditional craftsmen have agreed to spend a day teaching their skills to small groups, leading to special workshops on themes such as stone carving and repairing sash and box windows, and there is the chance to take a mystery coach tour through Teesdale with period costume strongly encouraged!

Durham University itself is opening up its doors for the occasion, which will feature tours of Durham castle as well as allowing the public to explore the site for free during the four-day period. Other colleges that are welcoming visitors for tours of their art collections include St. Aidan’s, St. Mary’s and the College of St. Hild and St. Bede, and the Palatine Centre will permit access to its works which include those by Andy Warhol and Henry Moore.

However, the Durham University art collection has faced controversy in recent months after its budget came to the attention of the national press, revealing £1.4 million worth of spending on works for new developments. A particular point of contention arose with regards to the expenditure at a time when students are paying increased tuition fees and a large number of staff are receiving less than the living wage. The University defended this through claims that ‘students and members of the public are encouraged to come and enjoy [the collection]’ which ‘reflects the university’s academic strengths and the heritage of [the] region’. The Heritage Open Days may prove to be the perfect opportunity to gain access to the artworks so that people may assess for themselves the worth of the acquisitions.

More information about the Heritage Open Days can be found at www.heritageopendays.org.uk, by emailing heritageopendays@durham.gov.uk or by calling 03000 267 133.0300267133