Why I want my daughter to play women’s rugby 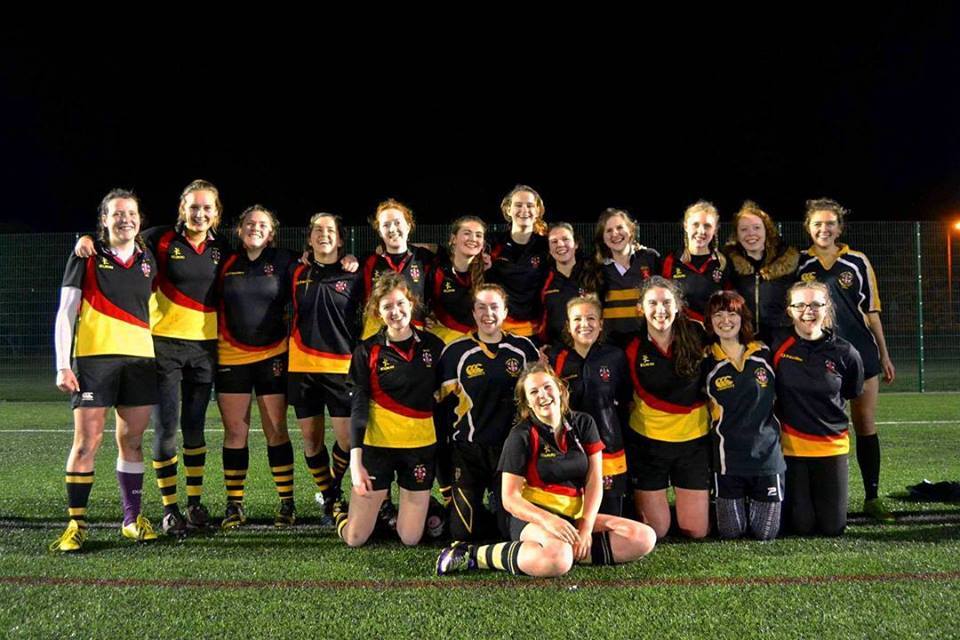 When I opted to go and watch my girlfriend play rugby for the first time last October, I had no particular preconceptions or expectations.

I did not have an image in my head of a group of butch lesbians fumbling the ball around; stereotypes this simplistic are almost never accurate. I knew the game was growing in popularity with women, after England’s World Cup success in 2014. I expected to see something similar to what I had witnessed with women’s cricket and football; plenty of natural talent and an enjoyable sporting contest, not quite as impressive or intense as the male equivalent, largely because of vastly inferior opportunities and coaching at younger ages than the ‘natural’ deficiencies in strength and skill usually cited. This is, indeed, largely what I got. But I also saw so much more than I ever bargained for.

Writing six months later, it does not feel like an exaggeration to say I have spent almost equal amounts of time in my third and final year watching women’s rugby – at college and university level – as sleeping and writing my dissertation. It has become my principal procrastination, made all the more effective because it is not tinged with the guilt that comes with scouring Facebook when you should be working.

It is difficult to describe what has hooked me in so effectively, what has meant that I have not missed one of Milbut’s (Van Mildert and Jo Butler, like many colleges, combine because of a lack of players) matches this year. It is not just the desire to watch and support my girlfriend; I have actually cancelled work, altered plans and on one occasion driven over one hundred miles before 9am to make sure I attend. It was only when I actually stopped and contemplated it that I began to understand.

As someone involved in men’s sport, I know first-hand that even at the most mediocre of standards it can be bitter, hostile and downright ugly. Rarely do two teams get through a game and come out the other side feeling like having, for instance, a joint social. More often than not the game has bred a feeling of acrimony, and I would be the first to admit that when it comes to playing competitive sport I can be one of the worst for getting into petty squabbles and tit-for-tat battles with opponents.

But at the end of every women’s rugby match I watched this year – bar one, which involved exceptional circumstances – the players came together, ran through a tunnel made by the opposition’s arms, hugged, shook hands and congratulated each other in a manner of genuine sincerity. The sportsmanship – or sportswomanship – seen at the end of these games is indescribably refreshing because it is truly authentic. They mean it when they say ‘well played’.

One of many moments to stick in my mind is at the end of one college match, which had been won overwhelmingly by one relatively experienced side against a team just starting out. The winning girls commended the losing team on the progress they had made and gave them tips on how they could develop further, and the losing girls were visibly grateful for their help. It was fantastic to see.

This all stems from the feeling that pervades the women’s game that they are part of something special. Women’s rugby is a community, and a wonderful one at that. Make no mistake, the games are competitive and at times ferociously contested, but every participant recognises they are part of a much bigger story; they are only rivals between the first whistle and the last.

This community is breaking down barriers and destroying prejudice by proving that the very bases on which this bigotry is predicated are woefully unfounded.

What is most wonderful, though, is that they are breaking down barriers but they are not playing in order to achieve this goal. They are not united by a drive to eradicate discrimination and bias, they are united solely by a love of rugby, just as men’s teams are. The fact they are redefining what women can do and achieve is simply a magnificent side effect. And that is what makes this the most pure and fantastic expression of feminism; it is not doing something to achieve gender parity, it is achieving gender parity just by doing something.

It has been an immense pleasure to be given a glimpse into this community and to see first-hand what they are accomplishing, which is of a magnitude many simply do not appreciate. The improvements some girls have made since they began playing in October has been staggering, and it is made all the better because their opportunities to improve further and to pass on their skills to others are only going to increase.

Women’s rugby is good for rugby and it is good for society, women and men. Being able to watch and support it is without question one of the best things I have done at University.

When I sat in a bar after the college Floodlight Cup final a few weeks ago, something dawned on me. The girls chatting and laughing in that bar had been trying to smash each other to the floor just an hour before. One could never guess it was a joint social between the winners and losers of a major final. I couldn’t help but hope that, if I am lucky enough to have a daughter one day, she plays rugby.