Why have a league when you can have knockout? 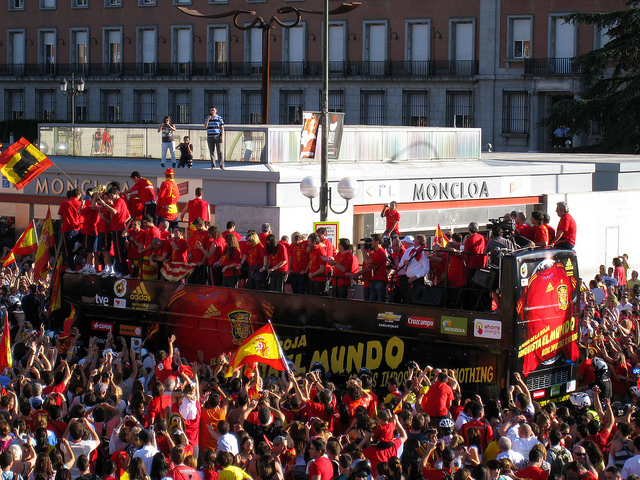 The World Cup is made more exciting by the chances of an upset in the knockout stages; could the Premier League not do the same?

By the time I have finished writing this article, one of the greatest events of the annual sporting calendar will already have taken place in the Dallas Cowboy’s stadium in Arlington, Texas. I am referring of course to Superbowl XLV, expected this year to draw the attention of over 130 million viewers worldwide. In the same manner as the Champions League Final or that of the Rugby Premiership, here all the tensions, emotions and heartache of the regular season condense into one climactic spectacle, as the teams face their final obstacle on the road to victory. Throughout several tense weeks of elimination stages every NFL supporter has been provided with entertainment unparalleled in any other sporting arena, as the drama and upsets of the closing moments of the season gradually build towards an explosive resolution.

Surely, it could be argued, this system is the only way of extending the attention spans of even neutral supporters right until the offseason. Whilst it could be countered with the idea that the most dominant teams, with the strongest winning records, deserve not to have their season’s achievements risked on a single game, this system could ensure that their hunger and desire to win remain during every minute of playing time. After all, how many Premier League seasons have we seen ending with one team way ahead of the rest, condemning the remaining football fans to enduring their team’s irrelevant final performances?

For the sake of excitement alone it would be worth imitating the playoff structure, as the system of elimination not only ensures an unpredictable and intense sporting environment, but also greatly increases the diversity of winning teams throughout the years. Personally I can think of nothing worse than an entire season’s outcome being based on such technicalities as goal difference, and it is these kinds of pedantic measures that are ifying the impact of our sporting world. True, we have made steps to incorporate the knockout rounds within the FA and Carling Cups, but the fact remains that our most prominent sporting competition is representative of an archaic system of management, apparently unable to adapt to the demands of supporters who pay good money to be entertained.

Economically too, the playoff rounds have proven themselves to be incredibly productive. Given the enormity of viewing figures at such events as the 2010 Superbowl, advertising companies were charged 2.7 million for every thirty second broadcast they wished to display, fuelling hundreds of businesses worldwide. An estimated 85 million is expected to be bet on the Superbowl XLV this year, and the average cost of a single ticket stands at around 800, perhaps representing the levels of tension and excitement with which the outcome of this season will be decided. Therefore not only would the Premier League be able to benefit from their current advertising methods, but they would also have the opportunity to use the theatre of a Premier League Final to revitalise supporter’s financial commitments to the sport.

Overall I feel that there really is no valid reason not to incorporate the playoff system in the Premier League, in order to elevate its quality in terms of finance and excitement.