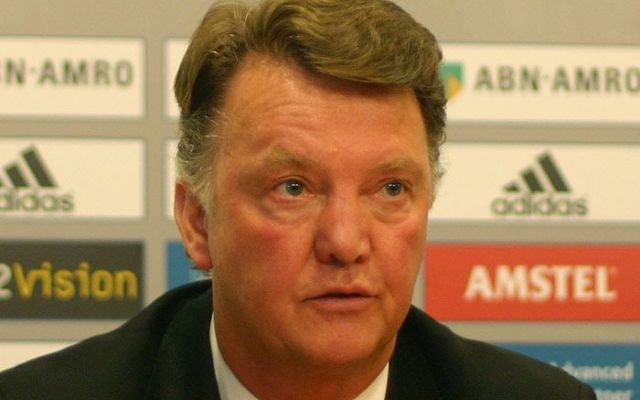 Manchester United seem to have rid themselves of Louis van Gaal, a punishment less for his failures than for something he cannot control: his name is not Jose Mourinho. If van Gaal meets Manuel Pellegrini, likewise discarded, on a plane out of Manchester, reflecting on a season which fell below its promise, the two men will find they have plenty of experience in common.

They began their sojourns there very differently, however. Pellegrini watched Manchester City sparkle in his first match, dismissing Newcastle 4-0. United, meanwhile, were so excited to welcome van Gaal that they forgot to beat Swansea, losing 2-1 at home with a performance so dire that one wondered if David Moyes had simply changed his haircut, studied Steve McClaren’s accent and shuffled back into the dugout.

Van Gaal, for all his faults, has made United a better side than they were then. He eased out Nani, Javier Hernandez and Darren Fletcher, useful extras in the later Ferguson productions who should never have had leading roles. Into the team have come young hopefuls such as Anthony Martial, Jesse Lingard, Marcus Rashford, not yet leaders but far more streetwise for the trust van Gaal has placed in them. Michael Carrick and Wayne Rooney, more experienced members of the team, have developed into more productive roles. Inconsistent they may be, but the current United side is the first coherent one of the post-Ferguson era, and won the FA Cup yesterday to underline the point.

The spine of City’s team, on the other hand, is the same as it was when Pellegrini took charge. Its success still depends on Joe Hart at one end and Sergio Aguero at the other, with Fernandinho as enforcer in midfield. Kevin de Bruyne, admittedly, has performed well, but has been the only major innovation. Nicolas Otamendi and Eliaquim Mangala have arrived too, and are dependable enough, but City’s defensive record has declined. It is notable that for City’s last two games this season, important ones against Arsenal and Swansea, good old Jesus Navas and Samir Nasri were used sooner than the expensive but capricious Raheem Sterling.

City won their first five Premier League matches this season, without conceding a goal. Since 19 September, they have won only 14 more times in 33 games, losing more often than Chelsea and conceding just one goal less than West Brom. For players of such stature to stumble into the Champions League on goal difference, after winning one of their last five games, is pitiful.

Pellegrini, in his defence, did win the Premier League in his first season in England. Thanks to their League Cup triumph in February, no English club has won more major trophies during his tenure than City. They finally escaped the last 16 of the Champions League this term. Yet such eruptions of brilliance merely make City’s general dormancy all the more frustrating. They can sometimes seem invincible, but far more often seem to lack interest, even when the way to the title is open. Each of Pellegrini’s last two seasons has produced fewer goals, wins and points, and more defeats and goals against, than the previous one.

Whether Pep Guardiola will wrestle them into champions again remains to be seen. He has taken Bayern to the kind of domestic hegemony that City on their best days aspire to. And he has two Champions League titles to his name, underwhelming though his efforts with Bayern have been in that competition. To install him in Pellegrini’s place is worth a try, although the timing of his appointment has proved to be an error.

The case against van Gaal is heard more often. United’s style of football has been woeful, producing only 27 goals at home this season, and worse, betraying George Best, Eric Cantona and the essence of United. His comments to the press have been tiresome, vain and sometimes deluded. United’s results have been mediocre, declining in the last year – the fact that the same is true of their rivals is no excuse – and their record in Europe especially dismal. Van Gaal’s scattergun signings, including mercenaries such as Angel di Maria, have wasted money. With only a year left on his contract, and his wife opposing any extension, van Gaal was never going to follow United’s reconstruction through to the end.

Those points are reasonable ones. To defenestrate van Gaal now would make perfect sense if his successor had the qualities he lacks. But it is hard to see which of those traits Mourinho is expected to bring.

Gorgeous football? Hardly. A prouder image? Mourinho without his scheming and his provocations is not worth having. A strong Champions League record? Yes, but that is not relevant for United next season. Talent in signing players? Mourinho’s judgement is generally sound, but like every manager he has a few duffers on his record. Long-term stability under a new Ferguson? He is younger than van Gaal, but to expect a long stay is to judge from hope rather than experience. Only at Chelsea in 2007 has he begun a fourth season at the same club. That one ended after six games.

None of this is to say that Mourinho will fail at United, if results are the currency. Apart from Ferguson, no recent manager of top clubs has organised his players into ruthless teams as effectively as he has done. The fact that Chelsea’s debacle this season stood so far apart from his previous record merely shows how impressive that record was. One can allow him a freakish few months, troubling though his failure to halt them was. He may well make United contenders for the title again.

With Mourinho in the dugout at United, few will miss van Gaal. Results, over two years, have been disappointing, and United’s failings predictable. Pellegrini, it is widely held, deserves better. The two heavyweights now take office. Yet for all the knowing nods at van Gaal’s misfortunes, and for all Pellegrini’s integrity, United are in better shape as their manager leaves than they were when he arrived, and City are not.