Time for Wenger to go 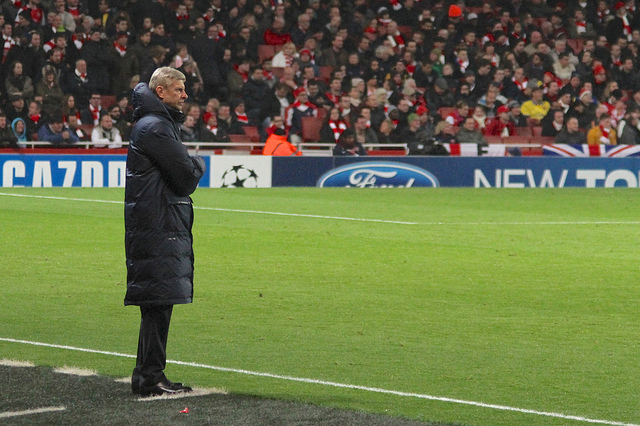 Wenger’s experiment at Arsenal has failed

Few leaders achieve twenty years in power. Yet Arsene Wenger has sat on Arsenal’s throne since the last millennium, outlasting Alex Ferguson at Manchester United, two rounds of Jose Mourinho at Chelsea, a dozen Tottenham managers, flip phones, Woolworths and New Labour. One would assume from Wenger’s longevity that Arsenal have been the enduring superpower of Premier League football in those years.

Wenger’s first decade was, indeed, a great success. He hoisted Arsenal into the Premier League cockpit, and for a time threatened to push Manchester United out of the pilot’s chair. Arsenal won three league titles; only four managers have won more in England since the second world war. Their unbeaten season in 2003/04 was phenomenal. Chelsea’s breakthrough from 2003 complicated matters, but Arsenal still came second in 2004/05 and within 14 minutes of a Champions League title twelve months later.

Since 2006, however, Arsenal have retreated, never reaching the top two in the Premier League or the last two in the Champions League, and going nine years (2005-14) without winning anything at all. Worse, the damage is self-inflicted. Imagining, perhaps, that he has proved himself as a conventional manager, Wenger has tried to create a title-winning team from scratch. Ferguson at United showed it is possible to make intelligent signings while still promoting young players. But even in the face of obvious defects – Arsenal have never replaced Sol Campbell or Patrick Vieira well enough – Wenger refuses to spend the money required to improve his team. The more that policy fails to work, the more piously he sticks to it.

Moreover, Wenger sets a terribly poor example. He takes defeats as personal insults, even as offences to the game of football, and his whinging rubs off on his players who often go through a series of poor results. Most obviously, he allowed Jose Mourinho – in many ways the anti-Wenger – to wind him up, making defeats to Chelsea more damaging than they should be. Wenger’s Chelsea complex seems to exist even without Mourinho, too.

The figures demonstrate that sulking costs Arsenal points. The table below shows how Arsenal, Chelsea and the Manchester clubs have reacted to defeats in the last five seasons. In the four before this one, Arsenal were worst or equal-worst. This year, they are ahead of vanishing Chelsea, but with a lower score than before. Losing matches is normal. Title-winning teams know how to respond. That Wenger, with all his experience in football, cannot do so is staggering.

Wengerites often plead financial constraints in his defence, and it is true that his caution made the move to Emirates Stadium less costly than it could have been. To remain a medium-sized power and Champions League regular in those years of austerity was not unimpressive. Still, several summers in a row now have begun with promises of available cash and whispers of transformative signings. The pragmatic Wenger would have taken advantage. But Wenger II prevaricates and makes few signings. The conclusion seems obvious: Wenger prefers it that way.

The other main defence of Wenger could be taken from the Jeremy Corbyn campaign: that playing the right way should matter more than winning. Arsenal’s forwards play attractive football. Few teams could have scored a goal as intricate as Jack Wilshere’s against Norwich in 2013. Arsenal in full flow play with more precision and invention than any other Premier League side. That, and Wenger’s consistency in style and focus, make Arsenal in many ways an admirable club, towering ticket prices notwithstanding, and neutrals understandably tend to prefer them to their (supposed) title rivals.

The Bubble has argued before that sport loses its purpose when results matter too much. That remains true. But it is no excuse for wilfully ignoring a team’s weaknesses. In any case, ‘good football’ should not just mean slick attacking. Determined defending is good football too, and nothing to be ashamed of. Atletico Madrid play good football. Arsenal attack well. There is a difference. Arsenal fans’ reaction when they do pull off a steely win, say at Manchester City last season, suggests they know it.

The prophecy of Wenger’s supporters has always shown a steadfast, patient Arsenal picking up the crown when gravity, indiscipline and Financial Fair Play conspired to fell their rivals. Doomsday arrived this season, yanking Chelsea into purgatory under Guus Hiddink and cursing the Manchester clubs with injury and inconsistency. It was Arsenal’s best opportunity for a decade.

Yet they have fallen miserably short. When momentum was with them, Arsenal faltered: since a fortunate win over Leicester on 14 February, they have won five times in 15 games. Leicester’s triumph was unforeseeable, to be sure, but Arsenal have fallen behind Tottenham too and will end the season with fewer wins, goals and points than they managed in 2014/15. It has been a caricature of an Arsenal season, starting with promise and belligerent words, flopping in the spring and finishing third (probably).

Wenger shows enough signs of life – an FA Cup here, Petr Cech there – to strengthen his supporters’ hand from time to time. The one thing Arsenal reliably can do is finish in the top four. But for what? Their Champions League campaigns are increasingly feeble. After several years of near misses in the last 16, this year they were outclassed. They have gone no further since 2010.

Even if next year is Arsenal’s year, the last decade has been a waste. We are told that Arsenal fans looking back on Wenger II will appreciate their team’s consistency. The trouble is that teams with great resources but only a handful of bronze medals rarely get much of a look back at all.

In any case, Arsenal cannot keep trying Wenger’s formula and expecting a different result. Wenger has bet a football club on his own pride, with the same self-righteousness that stops Arsenal recovering from bad results. At best, that makes Wenger stubborn. At worst, it shows a refusal to be self-critical, and a childlike habit of blaming others for one’s own mistakes. Strong leadership sometimes means accepting them and changing course. If Wenger cannot do it, he should go.