The winners and losers of the FIFA World Cup draw 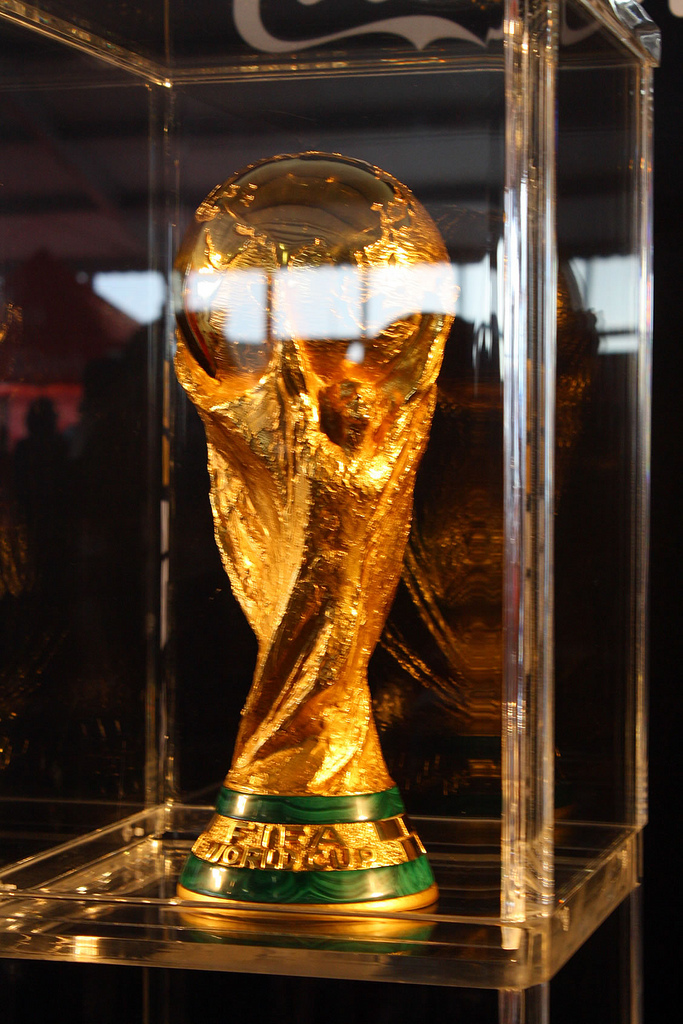 With the prolonged qualification process finally complete, one of the landmark events in the lead up to a World Cup, the group stage draw, took place last Friday.

England were placed in Group D, one of the toughest groups of the draw, alongside Italy, Uruguay and Costa Rica, and Group B provides England’s group with the only genuine competition for the infamous and undesirable label of ‘Group of Death’.

This means that England will begin their campaign in Manaus – the venue they had hoped to avoid due to its tropical climate – on June 14th, when they play Italy, before facing Uruguay on June 19th in Sao Paulo and Costa Rica in Belo Horizonte on June 24th.

While England’s group promises to pose a stern challenge for Hodgson’s side, as they come up against the likes of Luis Suarez, Mario Balotelli and Edinson Cavani, it is not the only group which many interested neutrals will pay close attention to, with Spain meeting the Netherlands, Chile and Australia in Group B, while Germany will meet both Portugal and the United States of America in Group G.

Add into the mix the world’s most gifted players, numerous fierce and historic rivalries and a host nation famous for its ability to stage a great party, and next year’s World Cup appears to have all the ingredients of an enthralling sporting contest.

There will be a certain sense of familiarity about England’s opponents next summer, as they come up against the side that knocked them out of the last major tournament, and the team which boasts the Premier League’s current leading goal-scorer. Though many bookmakers have them down as outsiders for qualification to the knock-out rounds, England will be quietly confident of causing an upset, as they hope that experienced players such as Wayne Rooney, Steven Gerrard and Ashley Cole can gel with promising young talents, such as Adam Lallana and Andros Townsend, to upset the odds.

Brazil seems the stand-out side of Group A and they are firm favourites to progress to the knock-out phase. With their home support behind them, they will harbour realistic ambitions of going all the way and winning their first World Cup for twelve years. Other than the hosts, Croatia seems the most likely to progress, but it could be very close between them and the other sides, with all three standing a chance but none standing out. The battle for second spot in this group could be a very interesting one to watch.

Group B appears objectively to be this World Cup’s real ‘Group of Death’. Spain and Holland, who of course met in the 2010 World Cup final, which Spain eventually won, are the two favourites for qualification, but neither will underestimate the challenge that both Chile and Australia will pose. Chile beat England at Wembley last month, while the Australian side contains many players making a name for themselves in Europe’s top divisions. Spain are favourites, but nothing is a given in Group B.

Group C seems a rather open group, with all four teams standing a realistic opportunity of progression to the knock-out rounds. Colombia are the slight favourites, with Radamel Falcao and James Rodriguez in their ranks, while Ivory Coast are also fancied in this group. However, as always in tournaments such as this, nothing can be taken for granted and all four teams stand a chance of getting through. Though it may not have any of the biggest teams in, Group C could be a very interesting one to follow for a neutral.

Group E is the group most pundits acknowledged that England would have liked to have been put in. France are strong favourites to progress, with Switzerland or Ecuador expected to join them. Despite the fact that it is a group with some of the ‘smaller’ nations in this tournament, the battle for the top two spots could still be very interesting, particularly if the ever-unpredictable French slip up early on.

Argentina are one of the favourites for the tournament, due to their squad of world-class performers – which includes Lionel Messi, Sergio Aguero and Angel di Maria – and the fact that they will be one of the countries most familiar with the Brazilian conditions. They are thus very strong favourites for progression from this group, and it appears the real contest will be between the other three teams for the prize of joining la albiceleste in the next round. Nigeria are probably slight favourites for second place, but it could go to any of the three.

Group G also seems to be a very interesting group; the meeting of Germany and Portugal is one of the highlights of the group stages, matched possibly by only the game between Spain and Holland. These two are expected to progress, but both could come unstuck against either of the other two nations, both of whom pose a substantial threat. The USA, in particular, could be a surprise package, under the astute guidance of German legend Jurgen Klinsmann.

Belgium are a team quietly fancied by many to do very well in this tournament, and their team-sheet boasts some big name players, many of whom will be familiar to English supporters, including Simon Mignolet, Vincent Kompany, Marouane Fellaini, Eden Hazard and Romelu Lukaku, among others. They are big favourites to win Group H, with Russia and South Korea expected to be the main competitors for second position. Group H could be one of the most entertaining to watch, particularly for fans of the English Premier League, which is well represented.

The draw for the 2014 FIFA World Cup may not have dealt England the kindest of hands, but it has certainly thrown up some very interesting groupings, and fans are likely to be treated to some terrific contests from the very first week.

The group stage draw really marks the beginning of the World Cup proper, and next year’s tournament has the makings of a classic.