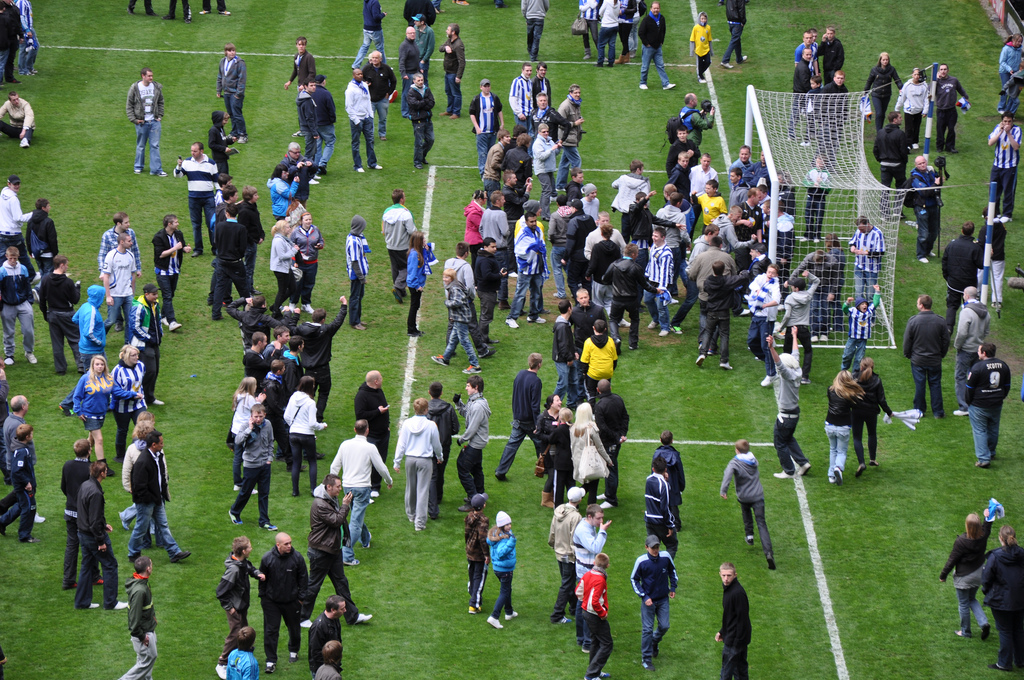 “It will be the end of the world”, these words issued by Ian Holloway regarding possible relegation, perhaps a bit dramatic? Not to a football fan. Relegation is a word that strikes fear into football clubs and their fans across the land. Nonetheless, the relegation dogfight can often be far more entertaining and nail biting than the fight for the title. The North West of England currently plays host to most bookies favourites for the drop, and in Blackburn Rovers, Bolton Wanderers and Wigan Athletic, there are three small town teams all hovering over the trapdoor that is Premier League relegation zone. All three teams have proven to be consistently inconsistent over the year, but have admirably stuck with their managers nonetheless. The question is then, just how sad would the football world be to see these three drop out of the top flight?

Wigan Athletic often gets criticised for its low attendances and for not being a “Big Club”, so thus some say that they would not be missed if they were to be relegated. Wigan, like Blackburn and Bolton are located in an area rich with sports teams and thus it is difficult to attract as many fans. Exacerbating the issue for Wigan is the fact that it is very much a Rugby League town, with the Warriors sharing the DW Stadium. Coming into the Premier League in 2005 they have constantly flirted with relegation but have defied the odds time and again. Martinez tries to get his team to play passing, flowing football but has not always found the method most conducive to winning points. Sam Allardyce is a key example in this, his teams were not pretty to watch but they got results. In such a results driven business, fans are rarely able to look beyond the final column on the right side of the premier league table. Many fans would argue Wigan’s attempt to play “nice” football is needed in the Premier League and thus it would be a shame to go down. The owner Dave Whelan is also one of the good guys in football, as a traditionalist and one who looks to stick by his manager. So whilst their crowds may not be great, they do try to play aesthetically pleasing football, but looking at the table and fixtures ahead, their time in the Premier League could well be finally coming to an end.

Bolton’s most successful years were under Sam Allardyce when they even managed to qualify for Europe. Since then however they’ve never been able to capture that same form, and are perilously close to relegation. Many fans were glad to see the back of Gary Megson and hailed the arrival of Owen Coyle but this season hasn’t gone according to plan. Coyle is another manager who strives for a fluent, passing game but his team has been dogged by injuries. The absence of players, such as Stuart Holden has clearly impacted on results and they have conceded a whopping 54 goals. When they win a game, pundits expect a mini revival, but the following week they’ll lose again. They’ve lost more games than anyone else in the league and have not been above 16th since the first game of the campaign. Surely, a team that displays statistics such as this deserves to be relegated. Other teams have had injuries as well, look no further than Blackburn, but if other teams around them in the table continue to play badly, Bolton have a great chance of survival.

Blackburn Rovers epitomises a club in turmoil. Fans have every right to be furious with what has happened in the past year. Venkys, the chicken farmers, bought Blackburn promising fancy players such as David Beckham and Ronaldinho, whilst pledging Champions League football within four years. Instead Venky’s have stripped and ripped to shreds what many have argued was the one of the best-run clubs in football. They sacked Sam Allardyce as they didn’t like his style of play, despite the fact that Rovers were sat in 13th and he could guarantee Premier League football. They brought in Steve Kean, the first team coach and failed assistant manager. Respected key figures in the club have left, such as Chief Executive, John Williams and managing director Tom Finn, and have yet to be replaced. Kean took Blackburn into a relegation dogfight and stayed up thanks only to a frantic ‘survival Sunday’. Key players were sold and replaced with players who have hardly, if ever played for the team. These include Bruno Ribeiro, whom Steve Kean compared to Dennis Irwin, but hasn’t ever played a game and David Goodwillie, according to Steve Kean, the next Wayne Rooney. Kean told fans to judge him at the end of the summer transfer window, suggested there was no chance of relegation and stated that it was only one per cent of fans that didn’t back him. Statements like this have clearly enraged supporters even more; he’s made false promises and caused huge divides on the terraces. In recent weeks it has been suggested Blackburn also have money problems, coupled with the threat of relegation, the future looks bleak for Rovers fans. Their best player, Chris Samba, has just left for Russia, they’ve not had a clean sheet since April and the owners are chicken farmers, who don’t seem to understand football. Many would be glad to see this badly run club go down as punishment for such mismanagement, and surely the fans deserve better? A club ripped apart in the space of a year.