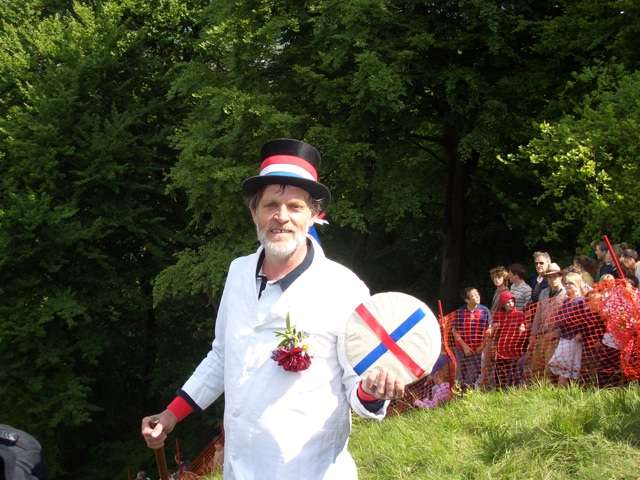 Have you ever really wondered what makes a sport, a sport? Traditionally sports seem to constitute high levels of fitness, massive competitions, hours in the gym in preparation, and a lot of skill. Sports like rugby, football (or soccer, for those, like me, who call it the right thing) and swimming are obvious examples of what springs to mind when the word ‘sport’ is mentioned.

What about cheese chasing?

I don’t know about the rest of you, but I would never have thought of running after cheese when considering different sports, but lo’ and behold, it is a sport! A popular one, at that.

I’ll be the first person to say my first thought upon hearing about the sport was about the mobility of cheese, and it’s lack thereof, but the sport made much more sense when I found out the official name; ‘The Cooper’s Hill Cheese-Rolling and Wake’, which essentially clarifies that no mutated running cheese is used, it is simply rolled down the hill. We can all sleep peacefully now.

The Cooper’s Hill Cheese-Rolling and Wake, is an annual event held at Cooper’s Hill (obviously), near Gloucester. Traditionally it was by and for the people in the surrounding local village of Brockworth, but now people have started flying in from all over the world to take part with The Guardian, calling it a “world-famous event”!

The sport is quite straightforward. From the top of the (very steep) hill, a nine pound round of Double Gloucester cheese, supplied by local cheese-maker Diana Smart and her son Rod since 1988, is rolled, and the competitors race down the hill chasing it. The champion historically was the one who caught the cheese, however the cheese has a one second head start, and can reach speeds up to seventy miles per hour! Due to safety reasons, in terms of the cheese injuring an audience member, the rules have been changed. In this year’s competition, held on May 27th, a foam replica replaced the actual cheese. Furthermore, the first to cross the finish line was crowned the winner, as opposed to the person who caught the cheese.

The sport has developed from it’s beginnings, and is now a series of races run down the hill, with separate races for men and women. Illustrating the world-wide fame the sport has acquired, the winners included Kenny Rackers, a 27-year-old Army veteran from Colorado, USA, and Tomoaki Tanaka, a 39-year-old from Japan, who dressed as a ninja to race down the hill (hats off to him for sheer awesomeness).

Despite the grandeur of the sport, is it wrong that my only concern was the possibility of the cheese getting squashed? Have no fear! The cheese is protected for the rolling by a wooden casing around the side. We can all, once again, sleep peacefully.

Where did the sport come from, you ask? Well, it originally took place each Whit Monday, before transferring to the Spring Bank Holiday, and there are two possible origins for the ‘ceremony.’ The first theory is the sport evolved from a requirement for maintaining grazing rights on the common. The second is pagan origins for the custom of rolling objects down the hill; it’s thought bundles of burning brushwood were originally rolled down the hill to represent the birth of the New Year after winter. Connected with this is the traditional scattering of buns, biscuits and sweets at the top of the hill by the Master of Ceremonies – said to be a fertility rite to encourage the fruits of harvest.

While the sport is incredibly entertaining, no doubt, due to the steepness and uneven surface, there are usually a number of injuries. St. John’s Ambulance provides a first aid service at the bottom of the hill, with a volunteer rescue group on hand to carry down to them any casualties who don’t end up at the bottom (ominous, no?). There are many ambulances on standby for injuries, as there’s invariably at least one, often several, cases in which hospital treatment is required. In 2005, the race was delayed while the ambulances returned from hospital, all of them having been required to transport casualties from previous races.

I don’t know about the rest of you, but I really want to give this a try (dressed head-to-toe in bubblewrap, of course). No type of application is required to enter either! Nor any qualifications, and there’s no entry fee! All you have to do is be at the top of the hill (their website even suggests you check that your ‘Last Will and Testament’ is up to date, and that you have no intention to wear those clothes again).

I don’t think anything sounds better than having an excuse to be outside on a lovely Spring Day, with the possibility of coming home with more cheese than necessary. I say we make a Durham field trip to Cooper’s Hill and give it a shot!

For more information, pictures, and videos on The Cooper’s Hill Cheese-Rolling and Wake, visit their website at www.cheese-rolling.co.uk.