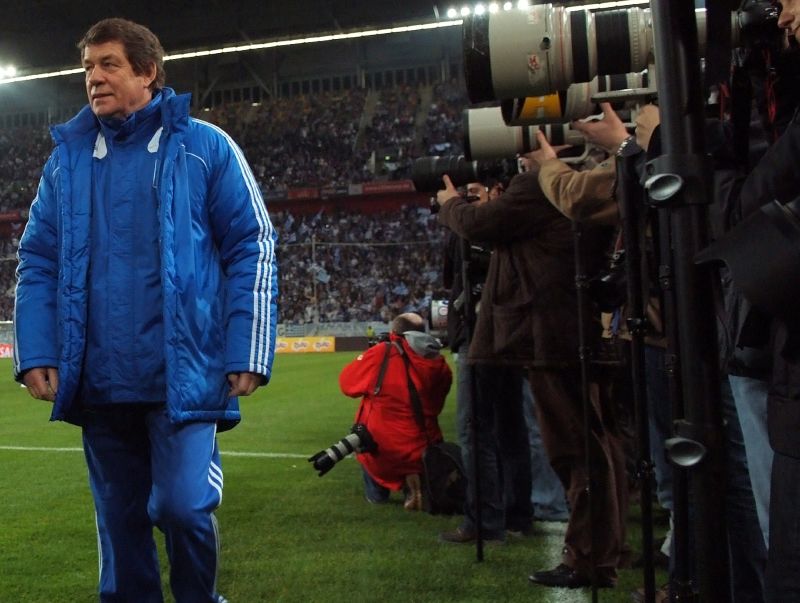 The qualification for this list is simply that none of these managers is British; they may have coached in Britain. The judgments are my own.

Rehhagel’s forty-year career combined triumph and farce. The latter included a 12–0 defeat while manager of Dortmund, and a stormy nine-month spell at Bayern not helped by the discovery that he had used the pseudonym ‘Rubens’ to deceive the press. An undeterred Rehhagel joined second-division Kaiserslautern, who went straight up, won at Bayern in their first game back, and ended the season as champions. As it proved, however, the miracle at Kaiserslautern was a dress rehearsal for Rehhagel’s greatest triumph, at Euro 2004, where he led Greece to an unthinkable title.

It is perhaps unfair to regard Hiddink, Treble-winner with PSV in 1988, as an underdog specialist. But it is success with unfancied national sides which has made Hiddink’s reputation, most notably South Korea, where victories over Spain and Italy and a place in the World Cup semi-finals in 2002 earned Hiddink heroic status. Australia and Russia too surpassed expectations. A wider spread of honours would place him higher: his only major trophy outside PSV is the FA Cup he won as a popular interim manager at Chelsea in 2009.

Hitzfeld lifted Borussia Dortmund from years of mediocrity to successive Bundesliga titles, before going one better than eventual successor Jürgen Klopp and securing the club’s first European Cup in 1997. But German football orbits around Bayern, whose gravity attracts opponents who get too close. Hitzfeld won seven league titles in Munich, and secured his place in the first rank of European managers by winning the Champions League with a second club. He would surely have thrived in Spain or Italy, too, but never strayed outside the German-speaking world.

Herrera masterminded the great Inter side of the 1960s, who won back-to-back European Cups, while several stints in Spain brought league titles with Atletico Madrid and Barcelona. His greatest influence on the game was as a leading pioneer of rigid catenaccio, which made his teams less than popular in his day. But as a certain Italian once wrote, it is safer to be feared than loved, if you cannot be both. If a tactic works, it is up to other managers to defeat it, and few defeated Herrera in his prime.

Among those to pay tribute to Lattek after his death last month at the age of 80 was Franz Beckenbauer, who recommended his appointment to Bayern in 1970. Together, they won three consecutive titles and the first of three straight European Cups, and established Bayern’s name as a great European power. Lattek moved on to Mönchengladbach, Bayern’s main rivals in the 1970s, and won two more titles, and later filled his boots further in a second spell at Bayern. A five-match comeback to keep Dortmund in the Bundesliga in 2000 only added to his legend. 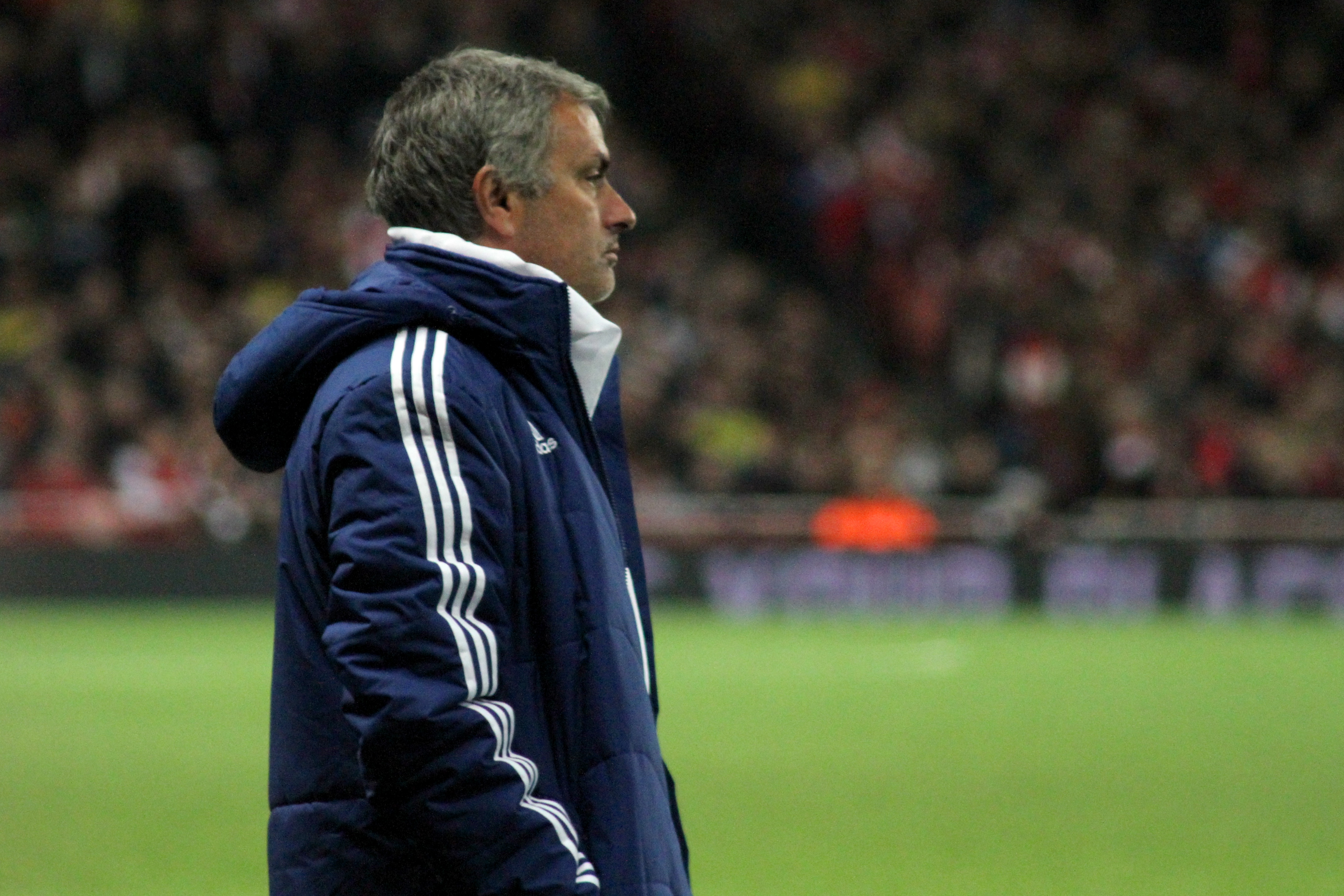 Yes, Fabio Capello. Four turbulent years as England manager ruined his reputation – remember the Capello Index? But his club record is formidable. Four Serie A titles with AC Milan were followed by Roma’s first for almost thirty years. In two spells at Real Madrid, Capello won two more titles – only to lose his job both times, in 2007 because the Real hierarchy found his tactics boring, a charge often levelled at Capello. The 4–0 pummelling Milan inflicted on Barcelona in the 1994 Champions League final was perhaps all the sweeter for it.

Trapattoni makes the list for relentlessness. He has won the league in four countries. At Juventus in the 1970s and 80s he won six titles and, uniquely, all three major European club competitions. In Germany he is best known for his clumsy language skills, though two spells at Bayern brought a Bundesliga title and a domestic cup. In his late sixties he won the Portuguese title with Benfica; still going in his seventies, Trapattoni guided the Republic of Ireland to their first major tournament in ten years.

What can we say about the ‘Special One’? Once Bobby Robson’s interpreter, Mourinho is a master of European languages, arguably one of his greatest strengths. After winning the Champions League with Porto, Mourinho took Chelsea – a club with one league title in ninety-nine years – to back-to-back championships. The Treble followed at Inter Milan, and further success at Real Madrid made Mourinho the first man to win the English, Spanish and Italian titles. His antics off the pitch take the pressure off his players, who would run through brick walls for him on it.

Some of the above have dominated with established sides, while others have overachieved with unfancied ones. Happel combined the two. He won league championships in all four countries he worked in, bringing Hamburg two of their three Bundesliga titles and securing further ones in Belgium, Austria and the Netherlands. Not much of a challenge? Happel’s record in the European Cup is even more startling. Feyenoord won their only Cup under his stewardship, as did Hamburg, while even Club Brugge reached the 1978 final. Those clubs have reached one final between them.

Michels comes first for one main reason: his teams matched success with art. He was the father of ‘Total Football’, a strategy which allowed Johan Cruyff to roam the pitch while his Netherlands team-mates switched positions as easily as one switches on a light. In the age of van Basten and Gullit, Michels led the Netherlands to their only major trophy to date, at Euro 1988. A European Cup with Ajax and Barcelona’s only league title between 1960 and 1985 were products of the same philosophy. Simply put, he made football better.

And some who didn’t make the top ten…

Carlo Ancelotti – one of only two men to have won three European Cups. More of a cup manager, though won Double with Chelsea. Unfailing dignity at clubs run by Berlusconi, Abramovich and Perez.

Vicente del Bosque – built on Luis Aragones’ work to turn the Spanish national side from England into Germany. Also won the Champions League with Real Madrid.

Pep Guardiola – may appear on this list in future. Has led Barcelona and Bayern to domination with a celebrated style of play. Domestic rivals have sometimes been less than formidable.

Bela Guttmann – won two European Cups with Benfica in the 1960s, ending Real Madrid’s sequence of five straight wins. Said to have placed a curse on Benfica when he left, one which holds to this day.

Vittorio Pozzo – thrived under the pressure of Mussolini’s dictatorship to lead hosts Italy to World Cup glory in 1934. Won it again in 1938, and remains the only manager to have won two World Cups.

Arsene Wenger – going through an entire Premier League season unbeaten with Arsenal is one of modern football’s finest achievements. But has allowed things to slide since then.