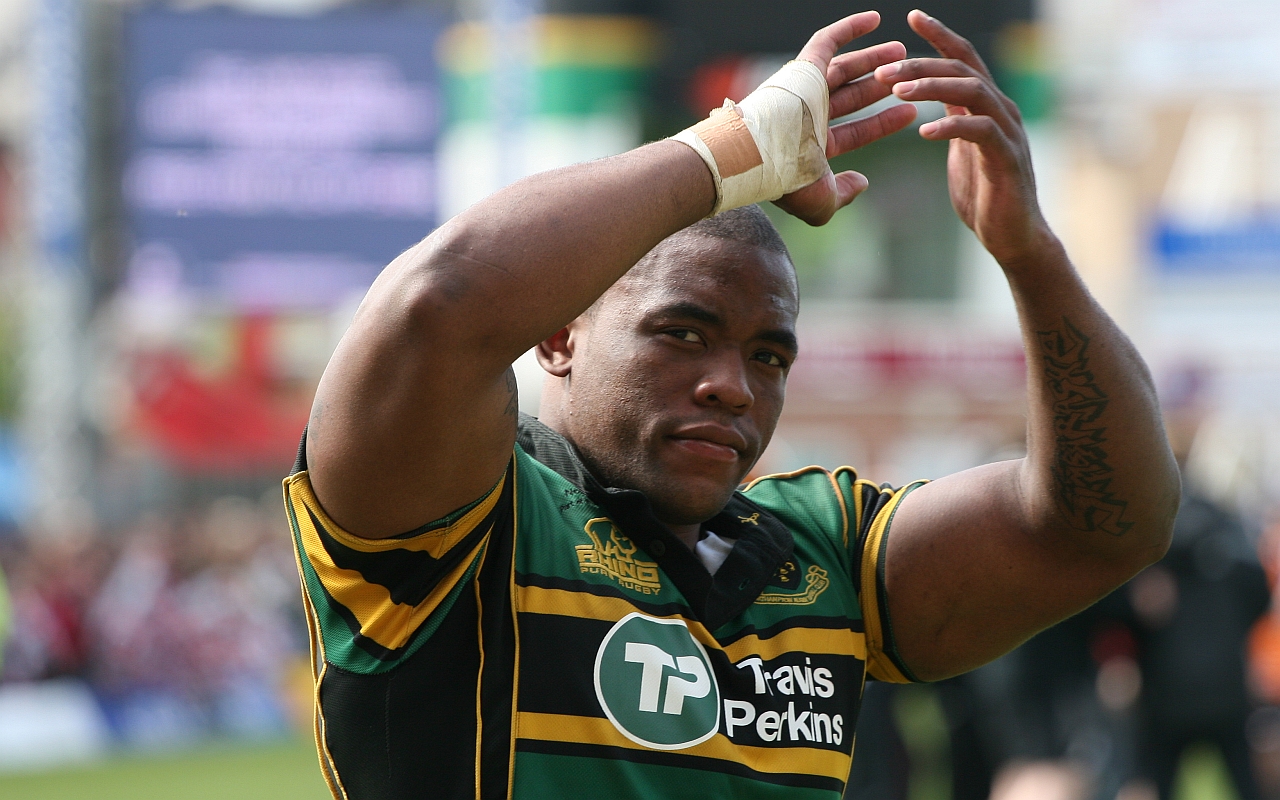 Brian Mujati: A key player for the Saints this season

The stand out players of the current European club rugby season reveal more about the gulf in class between the northern hemisphere and the southern hemisphere than any of the Autumn or Summer internationals. In selecting a “team of the season” for the northern hemisphere you would be hard pressed to look past players such as the dominant Brian Mujati of Northampton Saints, a cornerstone of the best pack in Europe this season. Alongside him many would consider Richardt Strauss, the bustling wrecking ball from Leinster, or Schalk Brits the enigmatic and magical Saracen as the two best hookers of the season. In the back row, Ernst Joubert, Jacques Burger and Thomas “the tank” Waldrom would be difficult to ignore. Isa Nacewa has put his hand up as the best fullback this season and Brad Barritt’s defensive solidarity has won him many fans.

What links these players though (aside from their brilliant form this season) is the fact that up until they moved to Europe they were not considered good enough for their respective southern hemisphere teams. The fact that players regarded mainly as squad players and reserves can, often in their first season, be so dominant in the northern hemisphere exemplifies the widening gap between the tri-nations sides and the rest.

The cases of Waldrom and Nacewa are particularly interesting: Nacewa was described by Gordon D’arcy as “probably one of the best players I’ve played with in any shape, way or form” yet he spent four years as an erratic and error-prone bit part player playing for the Auckland Blues in New Zealand. Waldrom moved to Europe after six years sitting on first the Hurricanes, and then the Crusaders bench and in his first season in England there has been talk of a potential England cap (thanks to an English Grandmother).

Now of course it could be argued that northern hemisphere teams are just spotting talent that has been overlooked for years and simply harnessing the potential. Having watched all of these players play in both hemispheres I beg to differ. With the exception of Mujati they do not appear to have drastically improved, but are simply being noticed due to the inferior opposition. The worrying thing from a European perspective is that following the success of these players and countless others it could become very tempting to just pick up players from South Africa and New Zealand (Australia don’t really have the depth of numbers to have quality reserve players) rather than investing in the talent that exists in the schools and clubs across the country. The damming thing for the northern hemisphere is that it is not Dan Carter, Fourie Du Preez or Matt Giteau taking Europe by storm it is the likes of Isa Nacewa and Ernst Joubert. It therefore appears that the southern hemisphere’s second string, are more than a match for the best that Europe have to offer.