South Africa: On Top of the World 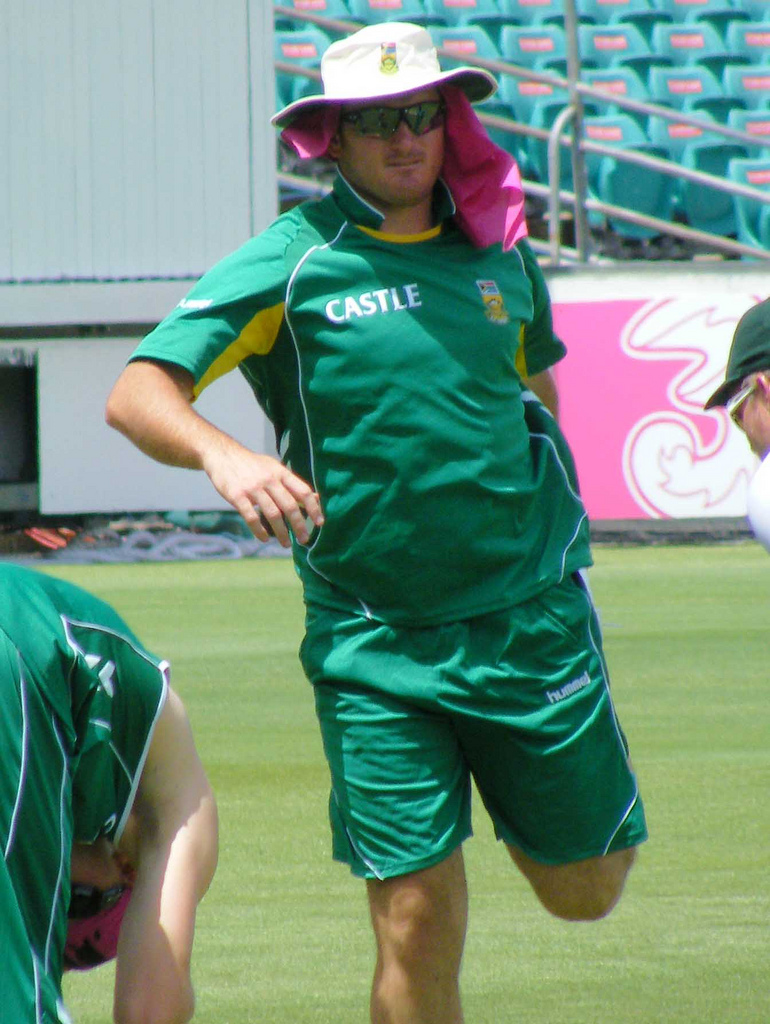 Being the number one ranked Test team in the world has, of late, become a poisoned chalice. Australia, who made the top spot their home in the early 2000s, finally surrendered it during their 2009 Ashes defeat. Since then, India, South Africa, and England have all had their stay at the top, but no-one has yet come close to imitating Australia’s dominance. South Africa were the immediate inheritors of the number one spot, but could only hold it for three months before India took over in late 2009 and held it for almost two years. However, their back to back nightmares in England and Australia, in which they lost each one of the eight Tests they played, handed England the advantage. The next year saw an unsteady England lose 3–0 to Pakistan in the UAE and endure a tough tour of Sri Lanka, but they were nevertheless still number one when summer arrived, and, after dispatching the West Indies, the true test of the summer arrived: South Africa. Having been denied the number one spot only by the tenacity of New Zealand earlier in the year, the Proteas landed on English shores looking for the win which would take them top of the rankings. The first Test set the tone for the series, a mammoth innings victory built on the back of Hashim Amla’s record-breaking 311 not out, and from there, the visitors could not be stopped, eventually winning 2–0. The team’s ultimate goal had been realised – they were on top of the world.

This triumph did not happen straightaway, having been plotted for some time. The team’s brief sojourn at the top had given them a taste for greater things, and coach Gary Kirsten and captain Graeme Smith had been scheming for months to achieve this. It began with Smith himself, who was promoted to the Test captaincy at the age of just 22 and after only eight Tests, to some outrage from the press and public. Yet nine years and 100 Tests later, Smith is still in charge, the longest-serving captain in the history of the game, all whilst maintaining a batting average of almost 50. His critics have labelled him as brash, but his competitive spirit has served him well, as his no-frills, win-at-all cost attitude and excellent man management has reaped the rewards, even as his batting remains steady.

South Africa’s batting talent has never been in much doubt, but even so, the current line-up ranks as one of their greatest. Partnering Smith at the top of the order is Alviro Petersen, an underrated batsman who has quietly collected five Test hundreds at an average of 41, but the middle order is arguably South Africa’s greatest strength. Hashim Amla is, along with Sri Lanka’s Kumar Sangakkara, the most graceful and prolific number three batsman in world cricket, scoring meticulously-crafted hundreds for fun. At number four, they have the greatest all-rounder of the modern era: Jacques Kallis. With over 13,000 Test runs and almost 300 wickets, he can lay claim to being South Africa’s greatest player, and is still surprisingly youthful at the age of 37, even if his hair isn’t. Rounding out this spectacular middle order is AB de Villiers, newly-installed as the team’s wicket-keeper, a precociously talented sportsman (he is similarly excellent at golf, tennis, and hockey) who scores eye-catching hundreds with a range of audacious shots.

A team is nothing without a decent bowling attack, however, and South Africa’s is as good as any in the world. The meteoric rise of Vernon Philander has been grabbing the headlines of late – though becoming the quickest bowler to 50 Test wickets in over a hundred years is certainly worthy of fanfare – but he is only part of the most potent pace-bowling trio in the world. Just hearing the name Dale Steyn can give opposing batsmen nightmares, and, watching him bowl, you can’t really blame them. Steyn is exceedingly quick, very clever, swings the ball away from the batsmen, and has a temper every bit as fiery as his bowling, all of which have reaped him over 300 Test wickets at an average of under 23. The continuing improvement of Morne Morkel has been a blessing too, who has transformed himself from an occasionally wayward bowler with some bounce to a lethal and accurate destroyer. The search for a consistent spinner may not be finished yet, but with Philander’s late swing and pinpoint accuracy, Steyn’s pace and zeal, and Morkel’s steepling bounce, the bowling attack looks to be in excellent hands.

Perhaps the most significant factor in this recent success has been the change of mindset which the Smith-Kirsten leadership has instilled. In one-day cricket South Africa may still falter at the crucial moment, but in Tests, they have shown an ability to win the pivotal passages with a single-minded zest for victory. This was seen in their winter tour of Australia; after drawing at Brisbane and then hanging on for an improbable stalemate at Adelaide, South Africa blew the hosts away at Perth to take a hard-fought series 1–0 and ruin Ricky Ponting’s farewell match. Their desire to win has also been reflected in some outstanding bowling performances: in the last 15 months, they have bowled out Australia for 47, New Zealand for 45, and Pakistan for 49, all of which set the stage for huge victories. But nowhere was their mental strength more apparent than in England, when a freak accident in a warm-up match against Somerset ended the career of one of their most beloved players. Mark Boucher was keeping wicket when a dislodged bail lacerated his eyeball and damaged his sight, an incident which devastated the team, but also gave them the drive to win the series in Boucher’s honour, a true case of triumph in adversity.

In their rise to the top, South Africa have demonstrated all the qualities which were lacking from the previous occupants of the number one spot. Australia’s decline was brought about by an inability to cope with the retirements of some of their greatest players, but every time South Africa have lost a player to injury or retirement, someone has stepped in to fill the void. After Boucher’s injury and subsequent retirement, de Villiers took over the gloves for the England tour, and when JP Duminy was injured in Australia, Faf du Plessis debuted at number 6 in the next Test at Adelaide, scoring 78 and 110 not out to lead a fantastic rearguard effort and keep the series alive. India’s tenure as the number one team was marked by near-invincibility on home soil, but their away record was average even before their annus horribilis in 2011. Compare this to South Africa, who have not lost an away series since Sri Lanka bested them in 2006, and who boast a similarly impressive home record. Neither do they have England’s problems against spin either – Amla, Kallis and de Villiers make up a middle order that is as accomplished against spin as any other in the world. With all of these assets at their disposal, South Africa may be on top of the world for a very long time.