Some athletes are more equal than others 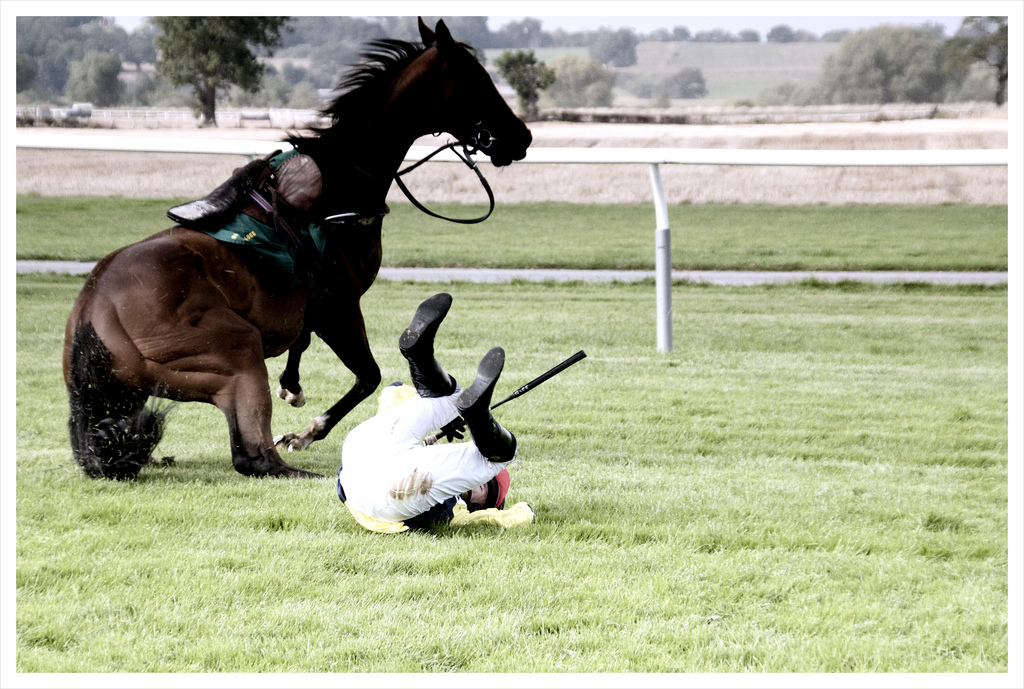 Sport involving animals has a long tradition, dating back to the ancient Greek and Roman civilisations – and so does the commercialisation of sports and the subsequent the abuse of the animal-athletes. Modelling their Ludi (Games) after the Greek competitions staged in order to worship the Gods, the Romans soon began building the biggest stadiums that the world had seen up to that point. The commercial spectacle was born in the arenas of the Circus Maximus and the Colosseum, which was able to fit 50,000 spectators – about the same amount of people that fit into Newcastle’s St. James’ Park, the fourth-largest football stadium in England. The increasing spectatorship of Rome, no longer satisfied by the beauty of manpower alone, yearned for a more uncontrollable factor and the potential for surprise.

Enter the animal. African imports such as lions, rhinos and even elephants became the protagonists of the competition and were, much to the excitement of the audiences, brutally slain. Chariot races were also extremely dangerous for both the horses and humans involved and demanded many casualties.

Watching sports has remained one of the public’s umber one pastimes throughout the ages and the animal features prominently now as it did in the Roman Empire. The battle for survival between man and animal, however, has become widely condemned. Organisations such as the League Against Cruel Sports are doing their share to eliminate the last disciplines of this nature, such as bullfighting. The most recent ban is considered a huge success: In 2010 Catalonia, the traditional home of the sport, passed a motion to ban bullfighting. The few regions where it has survived, such as Mexico, want to follow this example now.

Other similar sports have had to adapt in order to survive, as has been the case with modern Rodeo. When people buy a Rodeo ticket, they expect threat and spectacle, but feel safe knowing that animal and human are likely to leave the arena unhurt. Indeed the cattle and horses raised for Rodeo are known to live a fairly happy and quiet life.

Cruelty against animals seems to be out-dated. The modern approach is to treat animals as equal partners in competition, but is this really possible? Do animals athletes hold the same rights as as their human counterparts nowadays?

There is probably no sport that worships the animal athlete as horse racing does. When ESPN voted on the best American athletes of the 20th century, the list did not only include a handful of accomplished jockeys, but also three thoroughbreds. After Secretariat, supposedly the best racehorse of all times, died, he received a funeral worthy of a statesman. Horse-athletes are the best groomed and cared for animals on the planet. However, they come with a price tag: the animal that is remembered as the most expensive sale in history was The Green Monkey, an American thoroughbred from an impressive bloodline, sold for 16,000,000. He is now ridiculed for never having won a race in his life.

And therein lies the rub. With the professionalisation of equine sports horses have become a commodity that customers expect to function. Since it is impossible to breed the perfect animal, flaws need to be concealed. The administration of steroids on American thoroughbreds has earned them the reputation of being a ‘chemical’ horse rather than a bred one. As opposed to human doping, none of this has been happening in secret, but legalised doping has a long history in the American thoroughbred industry.

Naturally there are side effects: drugs were made responsible for the increased deaths of racehorses on the track. When the popular filly Eight Belles, the 2008 Kentucky Derby runner-up, broke down and died a few yards after the finishing line, voices pleading for reform grew so loud that they could no longer be ignored. Yet it was not the rights of the animal-athlete that forced the leading thoroughbred organisation to rethink the system, but the unpopularity among the public and the economic decline of the industry, which experts partially blame on the drug regimen.

In 2008 we were witness to the fact that show-jumping and dressage were equally infiltrated by drugs: in the Beijing Olympics six horses tested positive. A few months later Ludger Beerbaum, the face of German show jumping in the past 20 years, shocked the equestrian world by stating that in his opinion ‘legal is whatever can’t be found’.

This statement strikes the core of the problem: in modern times cruelty against animals has become the downfall of sports, thus it needs to remain hidden. However, just because we cannot see it, when we watch these competitions, it does not mean it is not there. Using animals for high-performance sports remains an ethically grey area. Those who see their animals as equal counterparts with their own set of rights struggle to compete with those testing boundaries and breaking rules in favour of commercial gain. Wherever money, prestige and fame are at stake, humans will always be more equal than animals.