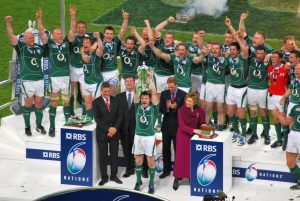 Rugby’s finest annual international tournament kicks off on Saturday, taking place for the next seven weeks. Here’s what to expect from each team…

England enter the 2018 NatWest Six Nations in search of their third consecutive title and as the bookmakers’ favourites, but will have to overcome a squad severely depleted by injuries and suspensions.

One of the main areas of concern is Number 8, where Billy Vunipola and Nathan Hughes are unavailable for the whole tournament, so inexperienced duo Zach Mercer and Sam Simmonds will compete for the starting booth.

The back three is also strongly affected; Lions Elliot Daly and Jack Nowell are both initially out of action and Mike Brown is a doubt for the opener.

If one team can cope with such blows, however, it is England, who profit from a 12-team Premiership and therefore possess strength in depth the other home nations can only envy. The squad remains full of hardened professionals and an abundance of talent, driven by intense coaching from Eddie Jones and his staff.

England and Ireland will surely be in a two-horse race for the championship, and a grand-slam show down could be on the cards at Twickenham on 17th March.

Player to Watch: Sam Simmonds – The Exeter 8 has been in scintillating form for his club this term, and made his international debut in November. At just 16 stone, Simmonds possesses impressive gain-line threat for his slight stature, although Eddie Jones is keen for the Devonian to bulk up if he is to be a permanent fixture for England. The 23-year old possesses a brilliant skillset and is one of England’s most exciting talents.

France’s Six Nations preparations have been overshadowed by the suspension of centre Mathieu Bastareaud for homophobic comments directed at Sebastian Negri. There are, however, deep-rooted problems in French rugby with a lack of emerging talent and a team bereft of creativity or control.

Guy Noves was sacked in December for a string of dismal displays in November, where France reached rock bottom following a 17-18 defeat to a poor Springbok side and a 23-23 draw to Japan. Jacques Brunel is the new man in charge; hardly a revelation at international level after an underwhelming spell in charge of Italy.

Whilst there is little-to-no chance of France challenging this year, it is imperative they make progress and form effective combinations at this pivotal moment ahead of the World Cup.

If France were able to win three games and find the strong half-back pairing they have been missing since the days of Parra and Trinh-Duc, they could consider the 2018 tournament a relative success.

Player to Watch: Matthieu Jalibert – the teenage sensation at fly half from Bordeaux is set to be handed his debut by former club coach Brunel. He operates with trademark French flair, boasting an impressive running game. Ben Kay has recently described him as “the most exciting talent I have ever seen”, so keep an eye on this mercurial prospect.

Ireland are many experts’ pick for the tournament this year, and for good reason. The half back duo of Conor Murray and Jonny Sexton started two Lions tests together and control games like no others in World Rugby.

Tadhg Furlong is the best tighthead in the world and the emergence of backs Jacob Stockdale, Joey Carbery, and Jordan Larmour and back rowers Jack Conan and Josh van der Flier adds talented youth to an experienced core.

Ireland are brilliantly coach by Joe Schmidt and won the tactical battle to spoil England’s Grand Slam ambitions last year in Dublin at the death.

Ireland’s four regions have carefully managed the game time of their national players and consequently boast a well-conditioned and largely healthy squad. All their man hitters are available, with the exception of Seán O’Brien, and this is one area in which they hold an advantage over their injury-hit rivals, England.

Ireland will be hoping to go through the tournament unbeaten but must travel to Twickenham on the final day to secure a first victory at HQ since 2010.

Player to Watch: Jordan Larmour – The Leinster wing is one of the hottest prospects in European rugby, since his emergence in the Pro14 this year. The 20-year old’s burning pace and devastating step has caused ‘Larmourmania’ across the Irish Sea and it will be fascinating to see whether Schmidt hands him his opportunity in an Ireland jersey or opts for the experience of a Rob Kearney or Keith Earls.