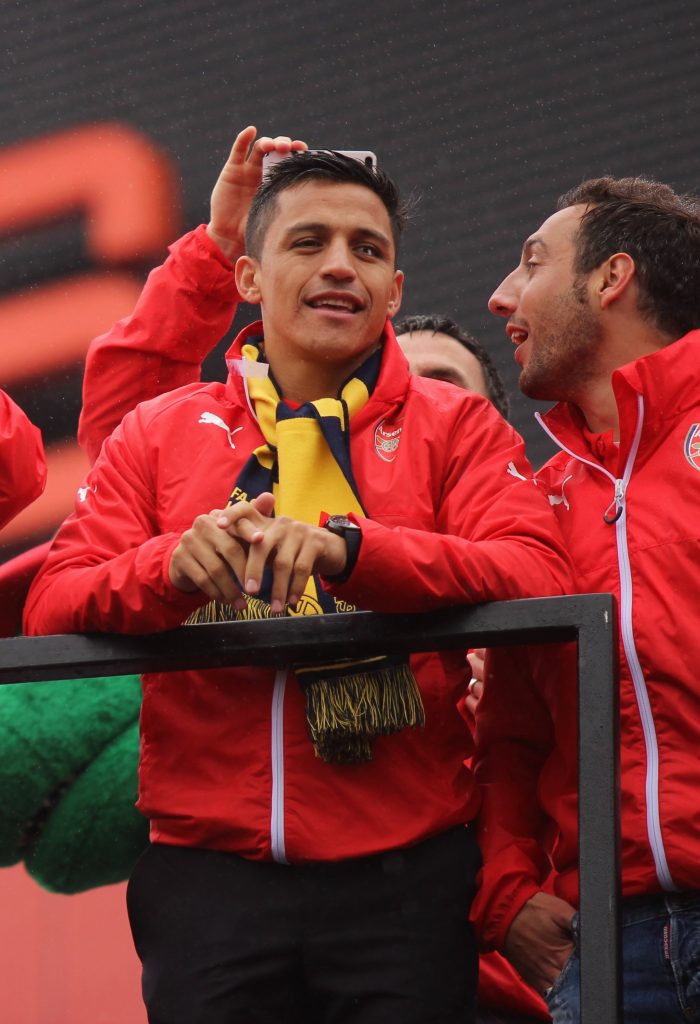 Amidst the melee of drama that took place at the Etihad Stadium yesterday evening, perhaps one of the most poignant moments of the day took place in the 82nd minute, as Alexis Sanchez walked off the field to be replaced by Marcus Rashford. He departed the pitch with not only the appreciation of his own fans for his determined performance, but a kiss on the forehead from the man-of-the match, Paul Pogba. While the post-match plaudits have been fittingly directed towards Pogba’s sensational second-half performance, this was the Chilean’s finest display in a United shirt since his arrival in January from Arsenal.

Life in the red of Manchester has been difficult for the ex-Barcelona winger thus far, but like his French team-mate, he may have finally found his place in Jose Mourinho’s jigsaw puzzle. Like most of his team-mates, he seemed a rather anonymous presence in the first-half, as Manchester City appeared determined to begin their title-celebrations prematurely, with Vincent Kompany mimicking his derby-winning goal from six years earlier, and Ilkay Gundogan twisting and turning to poke a shot into the bottom corner of David De Gea’s goal. If it weren’t for Raheem Sterling’s off-day in front of goal, United may as well have packed their bags and headed off home.

A half-time break seemed to be the change needed to ignite some action into the comeback trail. It also offered Sanchez the opportunity to grab the game by the scruff of the neck in the manner in which he did so regularly for Arsenal. Perhaps one of his most enduring, and yet infuriating qualities is his ability to try and take on the world by himself, a lone warrior fighting a seemingly unwinnable battle. It may have bought him a bucketful of goals with his previous employers, but it did not win him too many friends.

Against City, he harrowed the City defence, but proved content to allow others to take the spotlight. Eight minutes after the restart, Sanchez found himself on the right-wing running circles around Nicolas Otamendi. A pin-point cross to Ander Herrera would see the Spaniard delightfully chest the ball on to the path of the incoming Pogba to spark United hopes of a comeback.

Just moments later, another goal came calling, as he played the role of the direct source, lofting a  ball into the box for Pogba to once again put his name on the scoresheet.

Sanchez’s would seal his hat-trick of involvement with a free-kick that would find the right-foot of Chris Smalling, who was seeking to find some redemption after letting Kompany find a way towards goal in the same net just an hour earlier.

The champagne would have to be saved for another day for City, as the title still remains all but sealed. Nevertheless, it was a day for the red half of Manchester to savour. While this United side have appeared dysfunctional at times this season, they remain second, with their highest-points total in the league since the departure of Sir Alex Ferguson.

Mourinho will have eyes on the title next season, but with the excellence of City, and the attacking prowess of Liverpool, chances of topping the table still remain a very slim hope. However, even if a brighter day isn’t so visible on the horizon, things aren’t all that bleak.