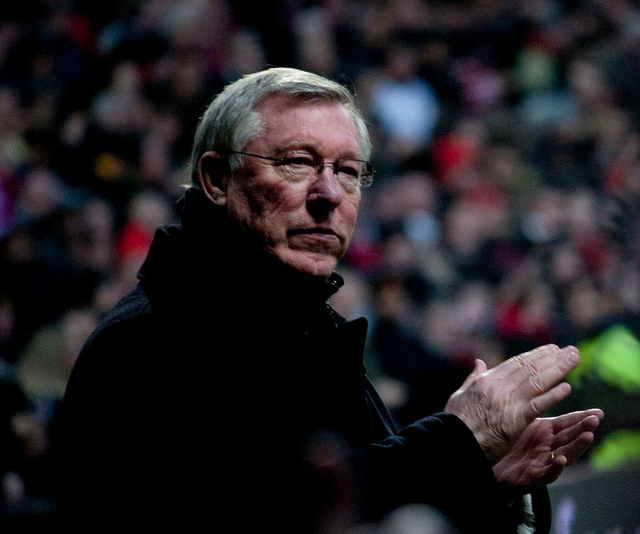 After what can only be described as one of the most exciting Premier league seasons in living memory, the curtain has been drawn on the ’10–11 campaign. We have been treated to some captivating games, mesmerising goals and some traditionally indifferent refereeing decisions; and whilst the title was effectively sealed nearly a month ago by the effervescent Man United, the fight for relegation was pulsating, even for the neutral. West Ham, Blackpool and Birmingham were the eventual unlucky parties, and were consigned to an uncertain future in the lower leagues. Wigan, Blackburn and Wolves meanwhile live to fight another day by the skin of their collective teeth in a Survival Sunday that finally lived up its billing.

For the manager, it was a monumentally difficult season; the mid-season managerial merry-go-round was in motion even more so than usual, and with wholesale injuries ravaging many squads, it became a test of character as well as tactics. For many, it was a tale of two halves of the season; Steve Bruce’s Sunderland were flying midway through the season, and then capitulated with one point in nine games and were eventually consigned to mid-table mediocrity; Liverpool regained some face in a great second half of the season thanks to their talismanic new manager Kenny Dalglish, whilst his predecessor Roy Hodgson, after a dreadful half-a-season at Liverpool, was astounding in driving West Brom to a respectable mid-table finish after being in the relegation quagmire upon his arrival.

Here are my top five candidates for the accolade of “Manager of the Season”:

It was impossible to overlook Sir Alex’s achievements this year. Winning Manchester United’s 19th Premier League title (and his 12th), whilst seemingly at a canter, and taking the club to another Champions’ League final, it has been a year to remember for the Scot, especially after picking up the LMA Manager of the Year award last week. Many have criticised his squad for being weaker than previous Champions’ squads, but in a season in which anyone could beat anyone else, United made themselves difficult to overturn, particularly with their home form in which just two points were dropped. Ferguson utilised the likes of Ryan Giggs, and Paul Scholes expertly, whilst also unveiling the young Mexican Javier Hernandez and many also forget that Dimitar Berbatov shared the Golden Boot with 20 goals. The season was a managerial master class, from the squad rotation to the squeezing the best of the likes of Rafael and Michael Carrick. How Sir Alex remains at the top of his game after over 20 years at the helm is truly incredible, but after this season, we are beginning to run out of superlatives.

A man who has split opinions all season Roberto Mancini made his remit clear at the start of the season, reach the Champions League. Whilst receiving many critics for his “Italian” style of play (0–0 at the Emirates sticks out as an example), nobody can deny that it has not been a successful season for City. Finishing third by making the most of Spurs’ and Arsenal’s dreadful ends to the season, and an FA Cup to boot ending their 35-year wait for silverware puts Mancini in a strong position not only going into next season, but also and perhaps more importantly, to the demanding Arab owners. His seemingly unending bank-balance has brought some fantastic players to Eastlands, the likes of Yaya Toure and David Silva impressed in their maiden campaigns, and others that are adapting to Premiership life, such as Mario Balotelli, Aleksandr Kolarov and Edin Dzeko will surely build on the success of this season going into next year. However, perhaps the most impressive players, with the exception of a certain Mr Tevez, could be argued were already at the club pre-Mancini and pre-monetary revolution: Vincent Kompany has been imperious at centre-back, Micah Richards has put himself back in the reckoning for England with a string of impressive performances, and the vastly-underrated Pablo Zabaleta has also had a strong season. Mancini must take the plaudits for galvanising the team in what is possibly the most pressure-inducing position in football, and with massive investment in the summer, it seems that the future looks bright blue for City and their manager, especially if they can keep hold of their Argentinean talisman.

In reality, no offence to Stoke fans, but the Potters should have been embroiled in the relegation battle this season. Come May, they were looking at a top-half finish and an FA Cup trophy. Whilst neither materialised, few could blame a rather mediocre end to the season with their “Final” being an actual final at Wembley as opposed to the “finals” Roberto Martinez labelled Wigan’s ties with West Ham and Stoke. Nevertheless, what Pulis has achieved at Stoke is astonishing: he plays to his team’s strengths – their aerial presence, skilful wingers and of course, Rory Delap’s gargantuan throw – and with a fantastic team ethic, he has created a team that is very difficult to beat. Ryan Shawcross, Robert Huth and Jonathan Walters all had impressive seasons, whilst Matthew Etherington was inspirational. Another solid season, and while Mr Pulis continues his record of having never managed a team to relegation, he will have had a successful season.

At 2–0 down at half time versus West Ham in the penultimate game of the season, Wigan looked goners. What followed has to be described as a Houdini-style escape of massive proportions; they came back to win 3–2, consigning the Hammers to the drop with the last kick of the game, and beat Stoke on the final game of the season to maintain their status as a Premier League club. Martinez has instilled a never-say-die attitude in Wigan’s play, that more than makes up for their apparent lack of big-name players, and must be the reason that they are still in the Premiership. Articulate and committed, the Wigan manager has utilised the likes of Charles N’Zogbia and James McCarthy, as well as unearthing a fantastically talented goalkeeper in Oman international Ali Al-Habsi, and taken a Wigan side that really should have been relegated to a sixth consecutive year in the top division.

Interesting fact: Wigan are the only team never to have been relegated from the top division of English football.

Where to start? As well as providing a short DVDs worth of quotable material (including upon hearing a bid for Charlie Adam from Liverpool “If he’s only worth £4 million, then I’m a Scotsman called McTavish”) his Blackpool team really have been a breath of fresh air in this campaign. Sometimes naive (10 times they managed to score two goals or more, and not win!), always entertaining (their 38 games contained 133 goals) there was definitely a collective sigh of sadness around the nation when Michael Owen slotted Man United’s fourth past keeper Matthew Gilks on the final day of the season, effectively consigning the Tangerines to relegation. Refusing to give up his own ideals of how football should be played, his team were exciting, free flowing and fantastically enjoyable to watch. His midfield puppeteer Charlie Adam orchestrated the play, with David Vaughan and DJ Campbell also worth honourable mentions for tireless performances throughout the season. Given that they were given no chance by the bookies at the beginning of the season, to even have been in with the chance of survival on the final day of the season, let alone taking a 2–1 lead at Old Trafford is a wonderful achievement, and for this Olly, we praise you. For the good of English football, please bring Blackpool straight back up again. Please?