Pole fitness: Reclaiming our sport and our bodies 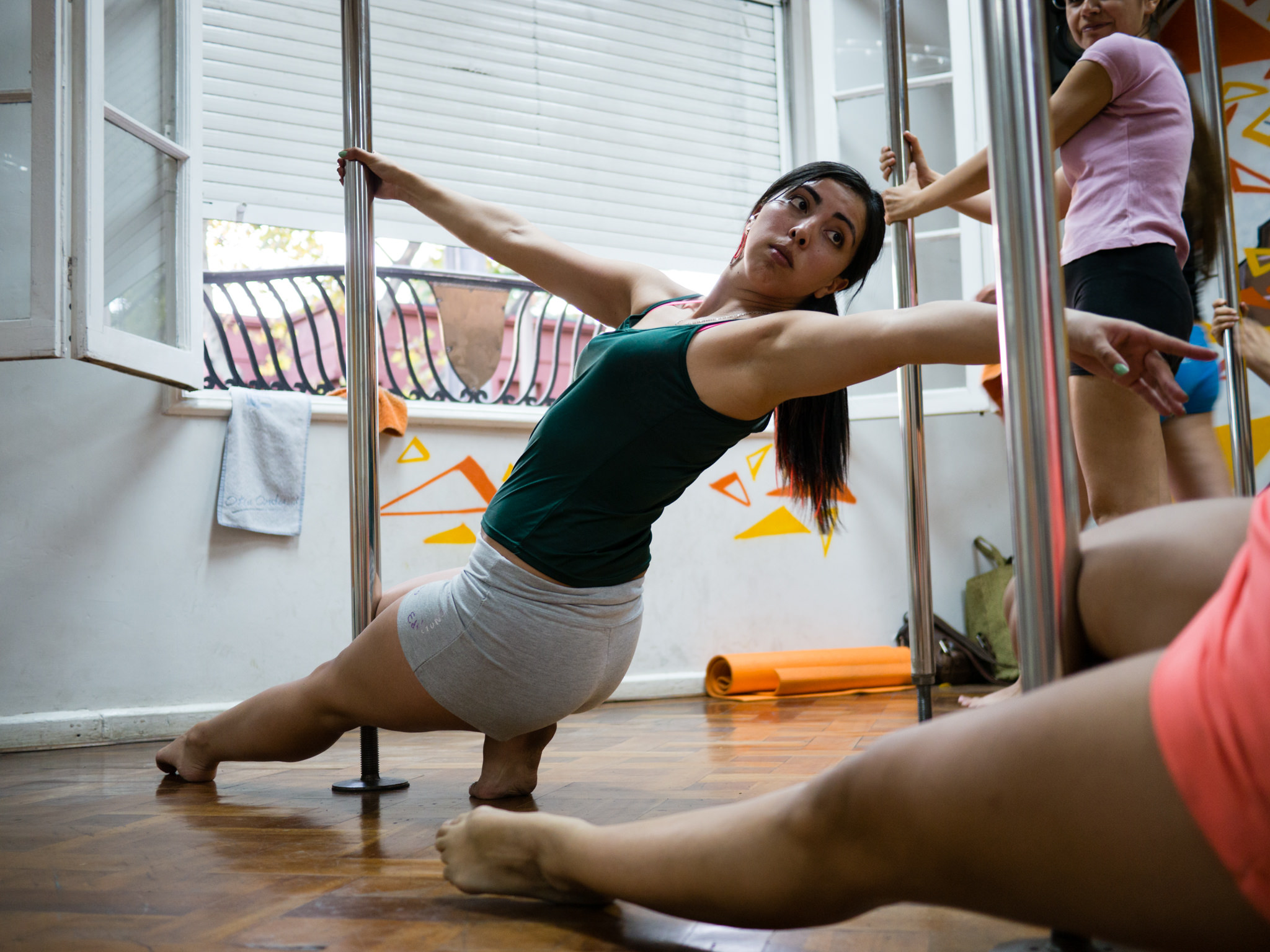 Pole dancing is about fitness and self-confidence, not sex

It’s reading week and as an English student this means one thing: being subjected to the horrors of daytime TV, trawling through Freeview, desperately trying to find a form of distraction, anything more entertaining than the mountain of books abandoned on my bedside table. Almost giving up and surrendering myself to the joys of 16th-century drama, something catches my eye on ITV’s This Morning.

It’s a girl, seemingly no older than ten years old, performing what I can only describe as the most perfect deadlift I have seen in my entire pole fitness career. Off she goes, supporting herself upside down, with core strength I can only dream of possessing. In comes her friend, launching herself into a beautiful split grip spin. I’m amazed. As social sec of DU Pole Fitness I want to ring this girl’s mother and ask if we can have her for our competition team. My immediate reaction is, naturally, one of shock and horror; I’m outraged that this primary school student is already stronger than me. I want to throw in my metaphorical towel right there.

As it turns out my response of shock was shared by many viewers of This Morning, however not at all for the same reasons. It was mere minutes before callers began to express their outrage. The debate raged online too, with #poledancedebate trending on Twitter. The main complaints of the public seemed to come in two strands: the association pole dancing has previously had with stripping and provocative, exotic dancing, and secondly, the outfits the children were training in themselves being too provocative.

The first of these criticisms I can see raising some eyebrows, especially with concerned parents. There is a stigma attached to pole dancing and I am not going to deny it. I remember being worried about telling my family what my new extra-curricular was when I first started the sport at the beginning of my first year. However I found a progressive way to combat their reservations and after inviting them to one of our local competitions, the negative impression completely vanished, my mum even asked if I could teach her a few moves.

Pole dance, despite what it may later have been associated with, did not originate with such provocative intentions. The art first appeared as a circus skill. Very much like aerial hoop and silks, it was a form of gymnastics designed to impress an audience with its demand for physical strength as well as daring and flexibility. Traditionally artists would dive from pole to pole performing seemingly gravity defying acts. Chinese pole climbing is still very prominent in performances by popular troupes such as Cirque du Soleil.

Despite this background, however, the sexual side of pole dance, relating to strip clubs and exotic dancing, is undeniably the form most drawn attention to in the western world. Honestly I reserve all judgement for this side of the art, if that’s what you want to do, good for you. What bothers me is the sexualisation of an art form which I intend to be taken seriously. After all is not what I’m saying and how I am acting not more important than the associations western culture has with the equipment I am using? Exotic dancing and pole fitness exist as two different entities, for two very different purposes.

In fact, I challenge anyone who argues thus to take a look at the large collection of bruises sported by my entire body after a training session. I promise you there is nothing remotely sexy about it. The only way we are going to be able to combat this immediate, negative association is by continuing to practice, to reclaim the sport and assert that we are no different from any other field of gymnastics. I’ve never heard of someone telling a hoop artist that what she does is too sexual, and in essence what is the difference except the shape of the equipment used to train on. I know many students who train in both arts and agree that similar muscles and skills are developed. Therefore to deny someone the right to practice a sport they find enjoyable merely because of the shape and prior associations of the equipment we use is absurd. Pole fitness increases body confidence, core strength, fitness and flexibility. There is nothing negative about it.

This second strand of complaint is the one that makes least sense in my mind. What is the difference, the defenders of pole fitness on Twitter and in the studio asked, between what these girls are wearing and what a child would wear in gymnastics, or even in their P.E lessons? Indeed, what is the difference. In pole fitness, I’m not going to lie to you, skin is essential. You simply cannot do the moves without thigh grip, midriff grip, hell I’ve even come home with bruises in my arm pits before. A pole dancer’s body, make no mistake, is uncovered for her sport, not to please anyone but herself through her own ability and progress.

Moreover, if we teach these girls that what they’re doing and the way they’re dressing is too ‘sexual’, we are teaching them to be ashamed of their bodies. At such a young age we socialise them into believing that their bodies are shameful, that their actions, however innocent their intentions, will lead to negative consequences. We perpetuate a culture in which what you’re wearing defines you, to a much larger extent than what you are saying. After all, to tell a woman that her outfit – her body, uncovered for her own, practical reasons – is making her actions sexual, is that not just one step away from telling her she’s ‘asking for it’?

We should not be bringing up children to understand that they should not do something or express themselves for fear of objectification. I want the students of Durham University Pole Dancing Society, whatever age, shape, size or gender identity, to be able to train in an environment that makes them proud of their bodies and what they have trained them to do. I do not condone a culture that tells eight-year-old girls, only trying to have fun, keep fit, and improve their physical strength, that what they are doing is shameful because of their bodies.

And so, filled with a rage akin to the fire of a thousand suns, I turned off This Morning and instead decided to focus on my own society and how I can make a difference within our student community. I do not expect every person who tweeted about the so called sickening sight of little girls demeaning themselves, ‘losing their innocence’ even, on national television to come around to my way of thinking. I think we still have a long way to go before the glass ceiling breaks and people begin to see these incredible young girls for how talented they really are, and not for what they are wearing. I do hope, however, that the more we normalise pole fitness, the more the public see strong, confident artists showing what they have trained their bodies to do, hopefully, one fine morning, the negative associations will be lost.

If you’re interested in seeing exactly what pole fitness is all about, Durham University and Aerial Arts Society have a fundraising, end of term showcase on Sunday 13th March in the Durham students’ union. Expect performances from strong, confident pole, silks and hoop enthusiasts. If you’re interested in giving pole fitness a try yourself, you can contact the society at pole.dancing@durham.ac.uk or find them on Facebook at www.facebook.com/DUPDS