Party of Five: Best Bargains of the Premier League Era 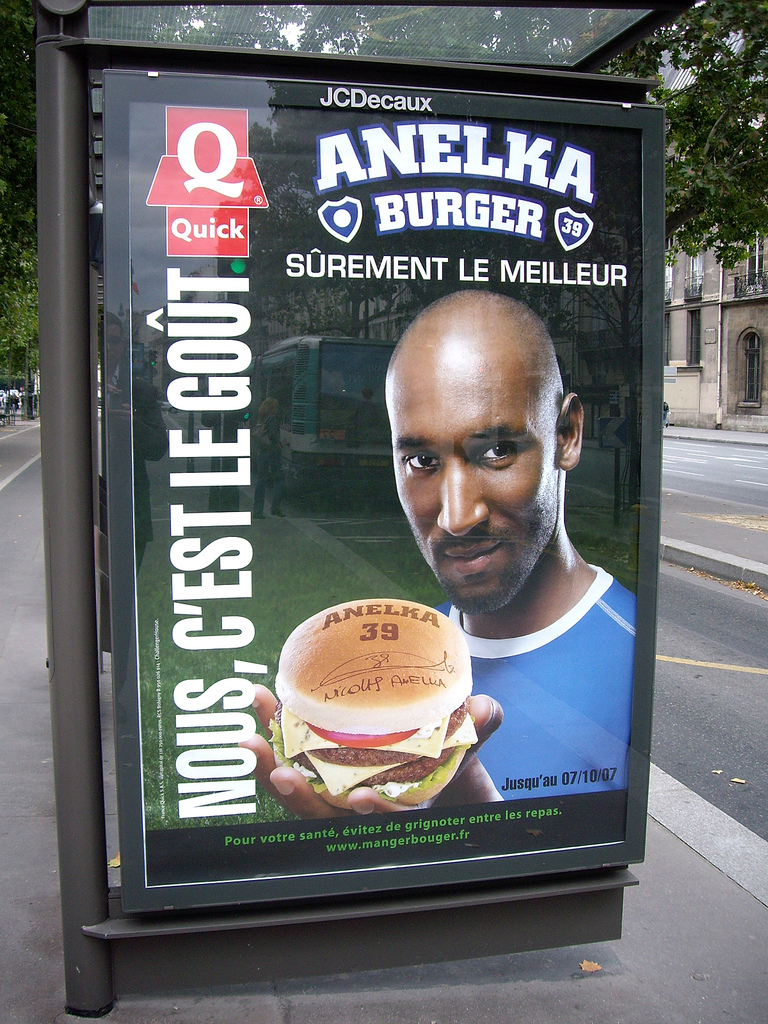 This week’s third entry even boasts his own burger. Do you know what they call a 1/4 pounder with cheese in France?

Since the rebranding that turned England’s ‘Football League Division One’ into the ‘Premier League’, sensible spending has not been a particular hallmark. However, whilst the Premier League heralded a plethora of foreign import on the pitch, often absurd amounts of cash in the boardroom, and more than a few hilariously bad signings, some managers have shown a keen eye for a deal. When selecting five of the best budget signings from this era, it is impossible not to miss out certain stellar acquisitions – such as Liverpool’s signing of Sean Dundee or Manchester City getting one Roque Santa Cruz goal for every £4.25m they spent on him – but sadly I had to whittle it down to just five.

During an international tournament some years back, I recall USA and then-Fulham striker Brian McBride described by one commentator as “the best pound-for-pound striker in the Premier League”. Unless I misunderstood, and he weighed about 60 pounds, the idea was ridiculous. The claim would have been far less bizarre had it been aimed at Dempsey, who left New England Revolution for Fulham’s unofficial ‘American Revolution’ (their squad in the 2007–08 season boasted four other Americans, including McBride, and goalkeeping stalwart Kasey Keller). Dempsey scored 60 goals in just over five seasons at Craven Cottage, and played an integral role in the club’s dramatic survival from relegation, as Fulham won their last three games to somehow cling onto a place in the league. Perhaps the hard-working Dempsey’s finest strike for the Cottagers, though, came in his final competitive match at the club – a beautifully struck free-kick in the home win over Sunderland, which highlighted the vision and quality of the American striker. Sold on to Spurs for around £6m, Dempsey has struggled so far to recapture the form he showed at Fulham.

Having won the African Cup of Nations with Nigeria in 1994, and excelling during a stint with Turkish side Fenerbahçe, by 2002 Jay-Jay Okocha’s career had begun to stall. Leaving Paris Saint-Germain after the 2002 World Cup, Okocha moved to the more glamorous idyll of Bolton, where he rejuvenated Sam Allardyce’s side’s midfield, putting in some spectacular performances. Okocha’s signing was the flipside of Allardyce’s strategy of signing experienced internationals whose careers had lost their luster; the other side of the coin saw Bolton players far past their prime, like Fernando Hierro, looking lost on a regular basis. Okocha saved Bolton from apparently impending relegation in his first season at the club, whilst his goal against West Ham was later voted Bolton’s best ever, in a poll by the club’s fans. Okocha’s performances were later rewarded when he was elected club captain, leading the Trotters out in the 2004 League Cup final. Despite later claiming his spell at Bolton had been “a waste of time”, due to the club’s recent lack of investment, he remains one of their best-loved players.

One of the most positive examples of Arsene Wenger’s ethos of buying young players – a great many of them, like Anelka, French – Nicolas Anelka was a truly inspired buy, as well as providing the Gunners with a huge profit margin, when they sold him to Real Madrid in 1999 for £22.3m. Whilst the 1998–99 season will inevitably evoke memories of Manchester United’s now famous strike force, Anelka was one of the country’s most prolific and spectacular strikers in this period, and his 18 league goals in that campaign left him just one goal short of joint-holding the league’s top scorer position. In his short spell at Arsenal, Anelka scored several memorable goals, including a dazzling, yet cheeky, individual goal against Blackburn Rovers (where, naturally, he dribbled round a hapless goalkeeper) and a stunning strike to down Chelsea at Highbury. Whilst Arsenal claimed the 1997–98 league title, perhaps Anelka’s biggest contribution of the season was a sweet strike in the FA Cup final against Newcastle United, as Arsenal achieved a historic League and Cup double. Anelka returned to the league, on loan with Liverpool in the 2001–02 season, before later appearing for Manchester City, Bolton Wanderers and Chelsea (amongst others). Last seen at Juventus after leaving the titans of Shanghai Shenhua.

Manchester City goalkeeper Joe Hart, better known as the star of Head & Shoulders’ new campaign, was snapped up from Shrewsbury Town, after impressing first in the Conference, then League Two, for the Shrews. No matter your feelings towards City, it is hard not to be impressed by Hart’s achievements there, and at a club where young English players like Jack Rodwell have arrived only to warm the bench. Hart has established himself as the club’s undeniable number one. Despite a few minor mishaps this season (most notably in the hilariously inept defeat to Southampton), Hart’s shotstopping and commanding presence are a nuisance to most forwards. His best saves have included a fingertip stop from Sunderland’s Steven Fletcher and a two-handed saving of Rio Ferdinand from a drunken fan during the latest Manchester Derby.

After a dramatic slide, when the 1991–92 title seemed to be in their grasp, Manchester United began the Premier League’s inaugural season miserably, gaining a single point from their first three games, and failing to win in seven successive league games, between September 19th and October 11th. Accounts of how Manchester United acquired Cantona differ – former chairman Martin Edwards claimed Leeds United phoned to inquire about Denis Irwin’s availability, whilst other versions depict Leeds manager Howard Wilkinson trying to offload the temperamental striker to Ferguson’s side. Whatever the reality, the deal was quickly struck, and Cantona’s impact was incredible. His nine goals for the Manchester club in the 1992–93 season (most of them crucial – such as in the 1–1 away draws at Maine Road and Stamford Bridge) were impressive, but Cantona’s drive and determination was something the previous season’s Man United had desperately lacked. The Cantona-inspired Man United won the 1992–93 title, ending the club’s 26 year wait, but “Eric the King” (as the fans lovingly dubbed him) was only getting started. Three more league titles followed – in 1993–94, 1995–96 and 1996–97; a period which saw Cantona score a dramatic last-gasp winner against arch-rivals Liverpool in the 1996 FA Cup final, two goals in a typically late comeback win against Man City (Man United having trailed 2–0 at Maine Road), and an unforgettable chipped goal which left Sunderland keeper Lionel Pérez with a migraine. Early retirement and an infamous altercation with an abusive Crystal Palace supporter (garnering Cantona an eight-month ban) meant he never racked up the titles that messrs Giggs and Scholes managed, but he remains arguably the most important figure in Manchester United’s return to title-winning ways.