Party of Five: 2012 sporting highlights outside of the Olympics 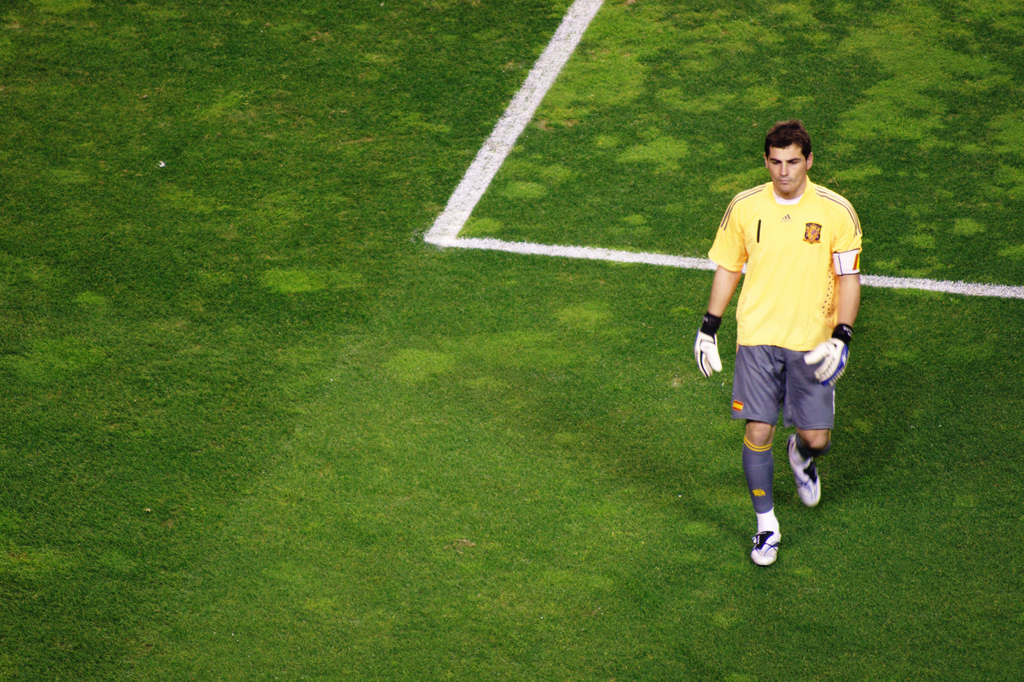 100 international caps are an achievement?
Forget it, for this man the Euro Cup final was the 100th win with his national team.

The London Olympics were great and Rio de Janeiro certainly has big shoes to fill. Yet, whilst watching or reading many compilation of your typical ‘previous year highlights’ in December and January there seems to be a lack of recognition for what happened outside of London during that year. However, 2012 would have been a great sporting year, even if there had been no Olympic Games, as the following five highlights prove.

If you care for motorsport or not – you will have to admit that the Sebastian Vettel has achieved something historical this season. At only 25 the German is the youngest driver ever to win the Formula 1 three times. Furthermore before him only two men – Juan-Manuel Fangio and Michael Schuhmacher – managed to do so three times in a row.

Vettel secured this title in a suspense-laden showdown in Brazil. After a bad start, Vettel caught up and was in second position, but on a slippery track he lost control of his car and fell back with only 27 laps to go. When his fiercest rival this season, the Spaniard Fernando Alonso came in second, Vettel needed to be seventh at least. This was the position he held, when veteran Michael Schuhmacher, in the last race of his career, made way for Vettel secure the sixth place and his third championship title. Now he is set to go for more: Schumacher managed to win five times in a row between 2000 and 2004.

I am going to be honest here: I could not care less for golf. But I am a sucker for spectacular comebacks and surprises and the 2012 Ryder Cup was certainly one of those. Before the final day it looked like a set victory for the US team – out of the remaining twelve points they would merely have had to secure 4.5 in order to win the competition. Maybe they felt too safe, but after a fierce battle Europe emerged with 8.5 points won and secured a narrow but historic win.

My favourite part were the post-match reactions. Europe’s captain, the Spaniard Jose Maria Olazabal’s thanked his team with rather philosophical words: “All men die but not all men live and you made me feel alive again this week”, he said.

What a game! New York Giants vs. New England Patriots is the biggest classic of all in American Football and always a promising match, but this time the duel was probably more charged than ever: four years previously the Giants had ruined the perfect season for the Patriots, who were the favourites to win the Super Bowl after a flawless run-up to the biggest event in North American sports.

This encounter included everything that a good match needs: the teams met at equal level, with Tom Brady and Eli Manning both of them had a genius veterans in their ranks, the rivalry fuelled the atmosphere and the outcome was incredibly close. It was a game that kept you at the edge of your seat – providing you managed to stay awake of course and thus has earned a spot on this list.

The 2012 tennis season contained some great moments. For example, Andy Murray has finally set his mark in the world of tennis and did not only finally win a Grand Slam title, but also a gold at the home Olympics. Yet I found another established tennis player’s season even more remarkable: Serena Williams’.

The 31-year old is hardly a surprise winner at any major tennis tournament, but her recent medical history makes her 2012 successes impressive. She had been out with a foot injury and a subsequent blood clot, for almost a year before she slowly took up playing tennis again in 2011.

In 2012 it did at first not look like she had recovered from her time out. The Australian Open was a disappointment when she lost to the lower seeded Ekaterina Makarova and the disaster followed at the Roland Garros in May, when she made her first ever first round exit in a Grand Slam in her career. The Mixed Doubles in Paris also saw Serena Williams and her partner Bob Bryan loose the first match.

Serena, however, showed true sportswomanship: Rather than giving up in despair, she hired a new coach from France and went on to win Wimbledon (twice! She won Singles as well as the Doubles with her sister Venus), the US Open and two Olympic Gold Medals. After seeing her crashing out in Paris this was surely not be expected, but she has risen like phoenix from the ashes and now is the only person holding a Singles and Doubles career golden slam.

It is not that easy to choose football’s highlight in 2012. Admittedly the last two minutes of Manchester City against the Queens Park Rangers made my heart beat faster, although I personally do not care about either of the Manchester clubs and Lionel Messi has – as every year – been a highlight and scored 91 goals in 2012.

Nevertheless, this spot goes to Spain. Yes, winning the World Cup or the Euro may be ‘easier’ than winning the strongest domestic leagues or the Champions League. But doing so three times in a row? It is no surprise no country has managed to do so until this year. Spain have been unbeaten for the last 29 competitive fixtures, that is more than three years; Captain ‘San’ Iker Casillas has won 106 games so far with his national team.

The astonishing aspect is, that it seems so effortless. After Spain drew with Italy and didn’t shine against Croatia, Italian and German fans surely had high hopes to battle the reigning champions for the throne, but let’s be honest: they didn’t stand a chance. Considering that David Villa and Carles Puyol were two key players missing the tournament it was surprising how easily they were replaced.

The scariest thing about this squad? There is no end in sight – many of its pillars are surely still going to be around for the next two or three international tournaments and the next generation is ready to take over as well – Jordi Alba, Javi Martinez and Juan Mata were all part of the squad that is the current U-21 champion.