No Ben Stokes? England’s Ashes hopes on brink of collapse 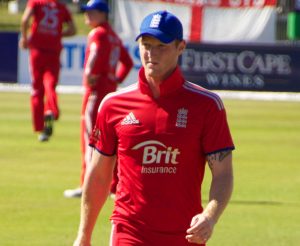 Choose your battles wisely. It’s a saying you may have heard. It’s also a saying every English fan wishes had registered through the ears of Ben Stokes when he found himself under arrest over two weeks ago, in the early hours of the morning, under suspicion of causing actual bodily harm. As the days tick on and the first ball to be bowled at Brisbane gets nearer, with a police investigation still ongoing, the likelihood of England’s talisman making an appearance for his country in this winter’s Ashes looks bleaker and bleaker.

Stokes’ off-field escapades dominated the headlines as England’s squad was announced on the 30th September. While Stokes remains vice-captain and is yet to be discarded from the squad, it seems unlikely that he will be inflicting any damage (with bat and ball), in the coming months. What has been glossed over by Stokes’ antics is the weakness of the squad itself.

To challenge Australia on their own shores is a difficult task for any side. England’s 2-1 victory in 2010/2011 was sandwiched between two 5-0 whitewashes. A tour in the Australian sunshine can prove to be a far darker experience under the surface. It can put a full stop of careers, and sabotage  fairytale endings. Just ask members of the last England side that arrived Down Under. They arrived joyous as 3-0 victors of the Ashes series during the English summer. It proved merely a deception of an ageing and debilitated side, one that was past its expiry date. Jonathan Trott would depart after one Test with a stress-related illness, and Graeme Swann’s jaded elbow put a stop to his career after the series was sealed in Perth. Kevin Pietersen became too hot to handle for Andy Flower and Alastair Cook, and was never to be seen again in an England shirt. It was utter mayhem as Mitchell Johnson’s thunderbolts turned a team of victors into a group of individuals lost in the Australian outback, clinging for survival.

The England squad that will arrive next month will not be one that can be considered to be one in its declining years. Nevertheless, it is a side that does not offer much hope for even the most optimistic of Englishmen. With Tom Westley unable to replicate his exploits for the Lions and Essex during the Test summer, James Vince now appears to be the answer at No. 3 for the England selectors. It is a highly questionable answer, albeit one can understand why it is appealing. Vince’s stroke-making can play tricks with even his greatest doubters. At times during his debut summer in 2016, he exhibited incredible grace at the crease, his cover drives retaining the undying beauty of making Test cricket look ever so easy. One may almost forget the numbers he has put up. In his 7 Test matches to date, he has averaged a meagre 19.27, with a high score of 42. Furthermore, nor has he taken the County Championship by storm and demanded selection in the manner of Gary Ballance. His 626 runs in Division One came at an average of 32.94, not the numbers one may want of a batsman charged with facing the likes of Mitchell Starc and Josh Hazlewood this winter.

Vince is just one part of the quagmire that the selectors have assembled. While Balance has certainly racked up runs for his county, his technical faults remain at international level. His last two comebacks in an England shirt have shown that he is susceptible to being pinned back on his crease by the full delivery. If left uncured, his ex-Yorkshire team-mate Starc will seek to unleash his toe-crushers to devastating effect. The likely omission of Stokes makes England’s batting feel ever more insecure, but also tarnishes their bowling attack. His development into an economical and reliable member of the attack has gone under the radar due to his exploits with the bat, and will be missed heavily. Furthermore, his ability to toy with reverse-swing is a great loss to an attack that has little dimensions to it. James Anderson may remain fit and firing, but he has not always had the best of times in Australia. Perhaps the enduring memory of George Bailey carting him for 28 runs in an over four years ago has left him wanting sweet revenge. Stuart Broad is a reliable competitor who can rise when needed, but there seems to be a lack of extreme pace within the ranks. While Steven Finn has been added belatedly, he is a mercurial force who unfortunately has had false dawns in the past. Craig Overton is a relatively unknown force who might spring a surprise, but there does seem to be some missing firepower that might have the ability to rush the ball upon the Australian batsmen.

If there is one spot the Australians would engage in a straight swap for, it would most likely be that of the wicket-keeper. In Jonny Bairstow, England have possibly the best keeper-batsman in Test cricket, although Quinton De Kock may argue otherwise. In Matthew Wade, Australia have a keeper who is a loud presence behind the stumps, but fails to show little more. James Pattinson has also been ruled out for the series which proves a disappointment for neutrals who have long waited for him to join forces with Starc, Hazlewood and Pat Cummins to take on the world. Instead, Australia will most likely opt for the more metronomic talents of either Jackson Bird or Peter Siddle, reliable competitors who will accompany their more explosive colleagues.

England needed Ben Stokes to save his battles for an Ashes winter. Instead, Joe Root will most likely lead his side without his most ferocious ally. It will be a disappointment for the spectacle and a further nail into the coffin of England’s chances of an underdog victory.