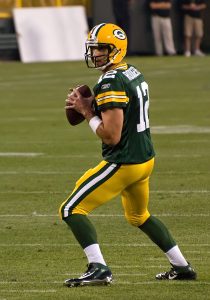 The last two weeks of the NFL regular season brings about a stark division in games, with some meaning everything to the franchises involved, while others appearing rather insignificant. Here are the games one should be looking out for come weeks 16 and 17.

This is the perhaps the only game worth watching that has no serious playoff implications. Cleveland will very likely be 0-14 at this point, and with their final game being in Pittsburgh against the Steelers, their tie against the Chargers would appear to be their only shot at not joining the 2008 Detroit Lions as having gone 0-16 in a season. As bad as Cleveland have been in 2016, they are not nearly as poor as the 2008 Detroit Lions side that finished the season 0-16, and whoever is starting at quarterback next week will be giving their all to ensure that they do not become the second member of a group that no franchise ever wishes to become a part of.

If the family Christmas dinner ends early this year and you fancy watching some gridiron football, then this is the game for you. Pittsburgh currently sit up at 8-5, with the Ravens one game behind at 7-6, and since both teams have winnable fixtures in week 17 (Ravens against a crumbling Bengals team and Pittsburgh hosting the currently winless Browns), this game will most likely determine who wins the AFC North, as Baltimore will win a tie if they are to triumph over Pittsburgh. The Steelers is the team nobody wants to face in the playoffs, and we should expect to see their offence try to throw as much as possible when facing a top rush defence unit like the Ravens. Baltimore, on the other hand, will be looking to continue their steady offence, led by their standout kicker Justin Tucker.

Every year there appears to be that one division in the NFL which just never seems to quite take off, and, more years than not, that division is the AFC South. Houston and Tennessee both currently sit atop the AFC South at 7-6, and this matchup will most likely determine who is awarded the honour of going to the play-offs. For young quarterbacks Brock Osweiler and Marcus Mariota, such an achievement could prove to be pivotal towards their future success in the sport. It would be an impressive statement for the Texans to make it to the playoffs without former NFL MVP JJ Watt, who was sidelined for the remainder of the season after undergoing back surgery, having featured just three times this campaign. For the Tennessee Titans, a play-off place would prevent this from being their longest post-season drought in franchise history, having not featured beyond the regular season since 2008.

If you are the type of viewer who tunes in for high scoring offensive showdowns as opposed to the tight defensive battles that have become commonplace in the AFC South this season, then this clash from the NFC North could be the one to watch. Detroit is currently two games up on Green Bay, but don’t expect the Packers’ star quarterback Aaron Rodgers to give up on the season just yet, especially after taking apart a Seahawks defence that has never looked so frail just last weekend. Rodgers has not missed the play-offs since the end of his first starting season, and that record might well continue if he can bring them back into the thick of the race for a post-season place by week 17. Lions quarterback Matthew Stafford has been the king of fourth quarter comebacks this year, and, with Rodgers having accomplished such feats throughout his entire career, NFL fans can expect to see some big drives from both teams in the final fifteen minutes of this mammoth encounter.