The metamorphosis of Ashley Young 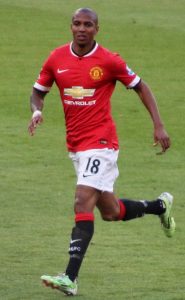 Once upon a time at Old Trafford, a left-footed Welsh wizard hogged the touchline, dancing and skipping his way through defences, waving goodbye to his victims in the opposition defence as he would send the ball whistling tunes into the net. Over the years, the same legs that could fly with the grace of a ballerina, bore trouble through the wicked cruelty of Father Time. Nevertheless, this magician revealed his one final trick – a reincarnation that proved defiant. He was born again into a wise man, marshalling his troops in the middle of the park, a central midfielder who could hold his own in the heat of the battle.

When talk of footballing reincarnation is in the air, it is Ryan Giggs whose name is the one that first comes to mind. His transformation in the final stage of his career into a central midfielder proved significant in the latter phase of Sir Alex Ferguson’s reign of Manchester United. It was hoped that a similar change could occur with Wayne Rooney for both club and country, as the vigour of his youth faded away from him. It hasn’t proved to be successful as Rooney now finds himself back at Everton, still clinging on to past glories, dreaming of becoming the lethal weapon in front of goal he once was.

It was natural that the poster boy of a generation’s transition to the final days of his career would be followed with more interest than that of someone who is not regularly thrown into the limelight. The transformation of Ashley Young into a part-time wing-back/full back at Old Trafford has been one development to go very much under the radar.

Young was signed in 2011 as an attack-minded threat from Aston Villa, a winger adept at cutting in from the left-wing and firing the ball into the box, while chipping in with a fair share of goals. He began his United career in that fashion, the most memorable moment of his debut season being his brilliant brace against Arsenal in the famous 8-2 rout. However, things seemed to fizzle out for Young over the next few seasons, his struggles with injury meaning that he never truly became the potent force that Sir Alex Ferguson would have envisioned, as he became more associated with diving in the opposition box than partaking in anything more noble. While Young enjoyed some success as a wing-back in Louis Van Gaal’s first season at the club, his appearances over the next couple of seasons were rather fleeting.

How times change. Young now seems to be the preferential choice for Jose Mourinho over Italian Matteo Darmian in the left-back and left wing-back position. For many, it is a crying shame that Luke Shaw has not only failed to cement the left-back position, but finds himself struggling to get a place in match-day squads. While his horrendous leg-break against PSV two years ago has certainly hurt his progress, it appears that his attitude seems to be at loggerheads with his manager. It seems likely now that Shaw will have to leave Manchester to fulfil the potential that was promised off him at his days in Southampton.

Against Newcastle on Saturday, Young put in another stand-out performance that has defined his season thus far. The left-wing back position suits him perfectly, allowing him to express his natural attacking flair as he bombs on forward. The manner in which he found Chris Smalling, with a left-footed cross right at the end of the first-half, driving forward and beating his man, was an acute demonstration of pin-point precision. Furthermore, he does not neglect on his defensive duties. The underlying evidence for this lies in the fact that his manager can’t help but put him in the starting line-up week in week out. Young is moving away from being just a useful squad member, to someone who can more than step up under the gaze of the spotlight.

Gareth Southgate has certainly agreed with that assessment, calling Young back into the England set-up after four years in the wilderness. With Southgate exploring the use of the 3-5-2, Young offers a more than suitable option for a left-wing back. His first action as a substitute against Brazil last Friday was a gasping last-ditch block from a Willian shot.

It appears that the reincarnation is going rather swimmingly.