Joe Root is the innovator that England need 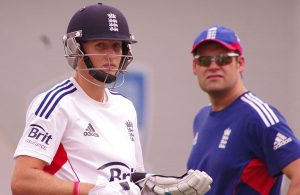 Since his Test debut in 2012, Root has barely put a foot wrong, developing into one of the finest batsman the country has ever produced. In 2015, he was appointed vice-captain to Cook. It seems that the progression of the last five years was always leading to this point. Nevertheless, amidst the batting master-classes that Root has put on show over his international career, why has he been passed on the baton of captaincy?

One might argue that there are a lack of options to go around. Recent tradition has seen the English captaincy become an exclusive club for batsmen. This meant that the option of Stuart Broad never seemed too likely. Furthermore, captaincy has never shined too brightly on England’s great all-rounders, as both Ian Botham and Andrew Flintoff would testify. Therefore, the prospect of Ben Stokes taking the reigns would have also proved a surprise. For now, he will serve as Root’s right hand-man, taking the role of vice-captain. Root represents a rather straightforward choice, with England’s batting line up still not in a completely stable state.

Root’s own captaincy experience is bare. He has captained Yorkshire in a handful of first-class matches, and unlike his predecessor, does not enter this job with the captaincy of England’s ODI side. Nevertheless, it would be harsh to argue that Root has simply been handed a job due to a lack of decent applicants.

Perhaps one of Root’s greatest traits is his adaptability. On Test debut in 2012, with a historic away series win in India on the line, he went against his attacking instincts to score 73 from 229 deliveries. However, while he always seemed destined to thrive in the Test match arena, it can be argued that the best exhibition of this adaptability has been in regards to Root’s transformation into a master of all formats. When he was first picked for England’s T20 side, on the Indian tour of 2012, it was down to his potential, rather than his actual white-ball performances. On his debut he played as a specialist fielder, shunted down the batting order as England chased down a target of 178 in Mumbai.

However, what Root lacks in regards to the power game of some of his bulkier colleagues, he makes up with his finesse and innovation. Root is able to mix the orthodoxy of his Test-match strokeplay with the subtleties of more modern batsmanship. Against spin he often looks to play the paddle-sweep, while his reverse-sweep can also prove to be a great manipulator of fields. Against pace, he isn’t afraid to mimic AB De Villiers and use the pace of the ball to scoop it over fine-leg and into the crowd.

He has treated his years in international cricket as a constant education and his adaptability may be the key reason he succeeds as a captain. Perhaps the innovation that Root has displayed as a batsman is reflected in the manner in which he sets his fields, one that will presumably be more attacking than those that Cook set in his tenure. Nevertheless, while Root is naturally aggressive, as his Test debut showed, he is also a man who understands the importance of adapting to certain situations. While he remains a young baby-faced assassin, he is certainly not naïve.

Root faces a tough itinerary in his first year in charge. This summer will see a resurgent South Africa return to English shores, one thriving even without star commodities such as De Villiers and Dale Steyn. However, like any other English captain, Root will be judged by how well his side performs against Australia. In November, England return down under, four years after their infamous 5-0 defeat. He left that tour having lost his place in the side. He will return as the leader of his country.