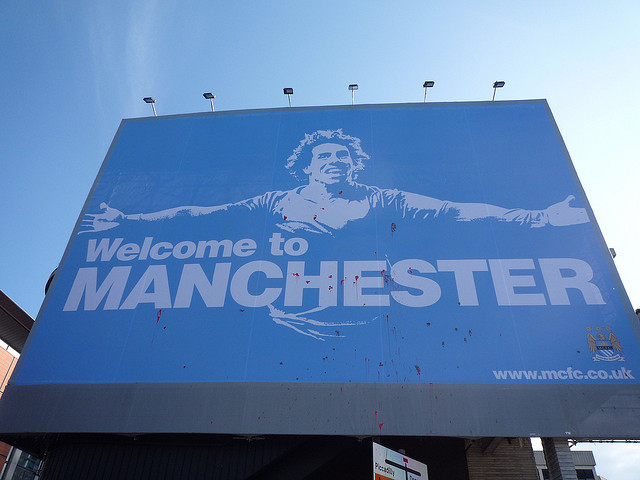 The much talked about Carlos Tevez seems to finally be a subject fans of both Manchester clubs can agree on.

There is no doubt that Carlos Tevez’s Manchester City career has been circling the drain ever since he openly announced his intention to leave Manchester for personal reasons this summer. Though still under contract at the club and with no deal reached with a potential suitor, he remains at the mercy of his employers, but his actions in Munich last Tuesday night may just have forced his club’s hand.

I for one am glad to see a true football issue occupy the headlines, as opposed to some marital and/or sexual misdemeanour. This said; the Argentine’s refusal to come off the bench and play during City’s 2–0 defeat at the hands of Bayern Munich has provoked fierce reaction, as anyone who caught Graeme Souness’ post match condemnation or merely glanced at the back pages of any newspaper will realise. Before calling for a public flogging however, it would be refreshing to consider the case for the defence, as weak as it may be. A mistranslation or misunderstanding is what the omnipresent Kia Joorabchin has labelled it, and in all fairness the television footage by no means proves that the former West Ham and Manchester United forward refused to take to the field. Having said this, Roberto Mancini is clearly gesticulating in the striker’s direction and sends one of his technical staff over to clarify the message, maybe the boss was simply asking him to go and fetch a new dummy for fellow miscreant Edin Dzeko? However you look at it the Italian’s post match interview tells the whole story. In an era where managers do their very best to play down any controversy, I suppose this is why individuals such as José Mourinho and more recently Ian Holloway are so sorely missed, Mancini made no attempt to gloss this one over. His message was loud and clear, as long as Mancini is in charge, Tevez will never kick a ball for the club again, no misunderstanding here.

Thus far his future remains uncertain with the Premier league suggesting a four week wage fine excessive, but we cannot ignore the man’s talent, determination and work-rate, which have made him such a potent force at both Manchester clubs. Any urgency in trying to offload him will be sensed by potential suitors, who will no doubt seek a cut-price deal, and surely from a footballing perspective Tevez would add to any squad? However, as big an overall loss he could be, the bigger picture must be considered. If Tevez is found to be in the wrong then every effort should be made to honour the manager’s wishes and call time on the Argentine’s City career. If no further action is taken, this will undermine Mancini’s position as the man who should be making the footballing decisions at the club. Although the Italian alluded in his post match interview to the decision not being his own, his authority is crucial for the club’s progress and he needs the support of the board. With a squad of the size and quality of Manchester City’s, big name players are going to be left out from time to time; and if they witness an act of such selfishness and disrespect go unpunished, how do we know others will not follow suit? No player is bigger than their club and although Mancini cannot keep every player in his squad happy, it is vital he maintains authority and his players’ respect.

Some may argue that it is the manager who should be the sacrificial lamb. He has often been criticised for negative tactics but in particular his decision, at 2–0 down against Bayern, to bring on Nigel De Jong for Dzeko was astonishing, and their overall vulnerability in the match was worrying, with Bayern making them look ordinary for extended periods. Last weeks result at Old Trafford will however quash any suggestions that the manager had lost areas of the dressing room. The constant condemnation of the amount footballers are paid is counteracted by the argument that they are doing a job, helping to generate revenue for their club like any other professional; but this rests on the players actually doing that job, and what Tevez has done is refused to fulfil a fundamental requirement, despite being paid a tidy sum allegedly amounting to more than £200,000 a week. If any credibility is to be maintained for the sport, then any player willing to disrespect his fans and team mates so readily, should be reprimanded with full force. As cliché as it may sound, every footballer has a true responsibility to set an example to youngsters, and if players like Tevez continually violate these principles of respect and obedience, what sort of message are we sending out?

Nobody can doubt the quality and strength in depth that Mancini’s side possesses and their start to this campaign has been remarkable, but it is whether this side has the mental toughness and winning mentality over the course of the whole season, demonstrated continually by United, that will decide whether they can triumph after 38 games. Having taken the captaincy away from Tevez and given it to Vincent Kompany, a rock at the heart of the city back four, it seems that Mancini is obviously looking to build greater stability, akin to that which has led United to success year after year, which for City may be aided by the departure of mercurial characters like Tevez. Despite the man’s undoubted talent as a footballer and with recognition of the moments of brilliance he has produced, his actions in Munich simply cannot be accepted, so it seems that for City, Tevez and the sport as a whole, it would be best if this is where his Manchester City career comes to an end.