Group of Death B at the European Under-21 Championship 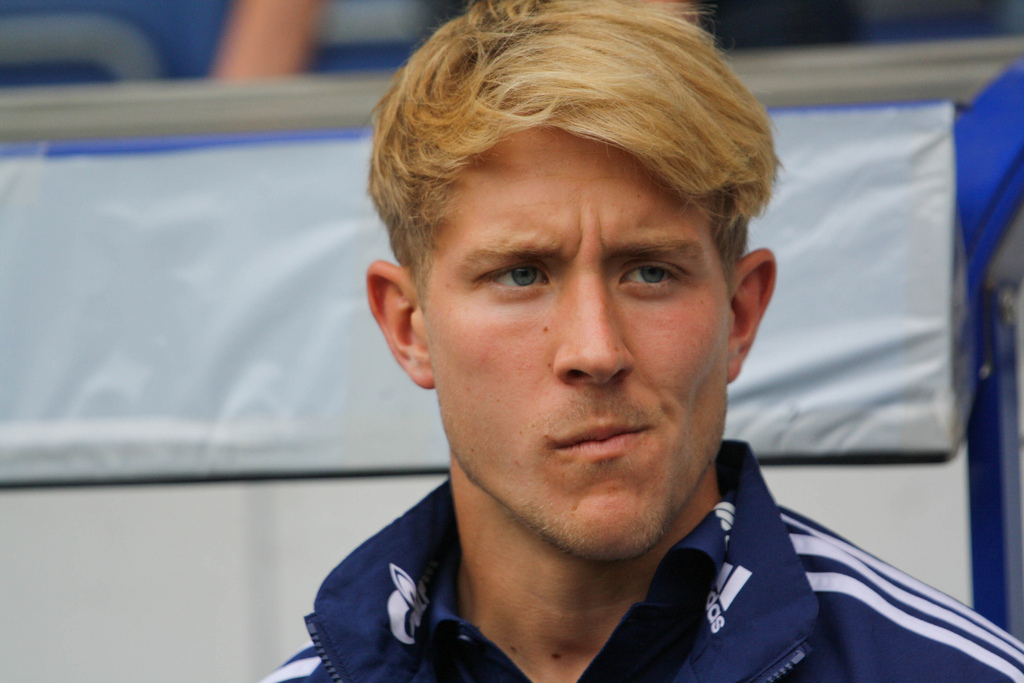 Tottenham Hotspur’s Lewis Holtby is one of the most experienced players of the tournament.

This group can certainly be dubbed the ‘Group of Death’. The inclusion of Germany, Holland and Spain means that one of the favourites for the tournament will travel home after only three matches.

The winning side of 2009 have left their mark on the footballing world – four of them started in this year’s Champions League final. Why the Germans failed to qualify for the last tournament in Denmark and subsequently for the Olympics remains a mystery, but this side is well-prepared to make up for these shortcomings. That Rainer Adrion excluded the Borussia Dortmund’s Champions-League-experienced Moritz Leitner may have come as a surprise, but in this ensemble of nationally and internationally experienced youngsters he could easily afford to do so.

Star Player: Lewis Holtby (Tottenham Hotspur): The German skipper is certainly the one that opponents should keep an eye on. As one of the most experienced players in the tournament he is expected to play the key role between the defence and the attacking players. His creative impulses are needed to supply the German strikers with opportunities.

The one to watch: Bernd Leno (Bayer Leverkusen): While Rene Adler was injured this boy has taken up his spot at Leverkusen and simply did not give it back, forcing the older and experienced player to leave the club – and he was only 19 at that time! Germany can hardly bemoan a lack of talented, young goalkeepers but Leno is one to keep an eye on for the future, even if Manuel Neuer is still young.

Prediction: This side is surely inferior to the 2009 champions, but they will deliver a fierce battle. The match against the Netherlands will be the decisive one and if they beat the young Oranje side, they can easily progress all the way.

The Netherlands boast their most exciting youth side in years and on paper they look like the ones who might be able to make life difficult for La Rojita’s stars. Many of the key players have already gained experience with the senior squad and are starting players for their clubs.

Star Players: Kevin Strootman and Georginio Wijnaldo(PSV Eindhoven): The two midfielders from the Eredivisie runners-up are the heart of the Dutch game and the key link between switching from defence to offense. Strootman is not only his club side’s skipper but has also captained a number of his country’s senior squad’s World Cup qualifiers. 22- year-old Wijnaldo has already made a total of 217 Eredivise appearances up to date.

The one to watch: Jordy Clasie (Feyenoord): Many young players are dubbed ‘the new…’, but Clasie really plays a little bit like the new Xavi. At only 21 years he has an ability to read the game from midfield unlike many his age. The bad news for the top clubs in Europe: In spite of active pursuit of a few big names, Clasy wants to take things slowly and has just signed a new contract binding him to his Eredivisie club until 2017.

Prediction: The group is tough and either Germany or Spain needs to be beaten in order to proceed to semi-finals. If they do so, we will surely see them in the final, but whatever happens, there is no doubt this Dutch side can achieve greatness, not only as an Under-21 side but also on senior level.

The luck of draw has not been with Russia during this Under-21 campaign. They already escaped victorious from a difficult qualification group that included Portugal and Poland, only to be drawn in a group in which all opponents can actually be seen as favourites to win the tournament.

Star Player: Alan Dzagoev (CSKA Moscow): He scored three goals at the senior Euros last year and thus will miss the first game of the group stage in favour of a World Cup Qualifier against Portugal. Dzagoev is undoubtedly the most talented Russian footballer since Andrej Arshavin, but to take the next step he needs to watch his behaviour off the pitch.

The ones to watch: Fyodor Smolov (Anzhi Makhachkala)and Denis Cheryshev (Real Madrid): The first has netted seven goals in nine qualification games for this tournament , which have earned him an appearance for the senior side. The latter bears a distinctively Spanish signature in his deadly passing game. Together they can be the key players for the Russian side when taking on the well-organised defences of the Group B opponents.

Prediction: Russia boasts a superb side, but in this death group the odds are against them. Nevertheless, they will surely seize the opportunity to be the party poopers for at least one of three favourites in this group.

That Spain is the one side to beat seems a common convention at all levels nowadays and it is true for this tournament, too. In light of the high number of internationally experienced players and their nigh-perfect qualification it is safe to say La Rojita are once again the favourites. With a number of plasyer having already lifted this trophy in 2009, this Spanish side knows what it feels like to win and they are determined to defend their title.

Star Player: It is nigh impossible to name one in this star ensemble. Sergio Canales (Valencia) Isco and Ignacio Camacho (Málaga), Iker Munian (Athletic Bilbao), Koke (Atlético Madrid), Rodrigo (Benfica), Asier Illarramendi and Iñigo Martínez (Real Sociedad), and David de Gea (Manchester United) are all regulars for their first league sides and boast a significant amount of experience on the international stage. And this even goes without mention of the five La Masía players in this squad!

The one to watch: Rodrigo (Benfica): Although the La Rojita game is determined in midfield, Rodrigo is perhaps their most valuable player. With fourteen goals out of twelve Under-21 matches he is already Spain’s record goal-scorer at that level.

Prediction: Whoever wants to win needs to get past La Rojita and this undoubtedly a challenge that would cause many a senior side to despair. Spain will once again emerge victorious and looking at the amount of young talent at all age groups in this country this is a condition not likely to change soon.