FC Barcelona on top form as the Champions League kicks off 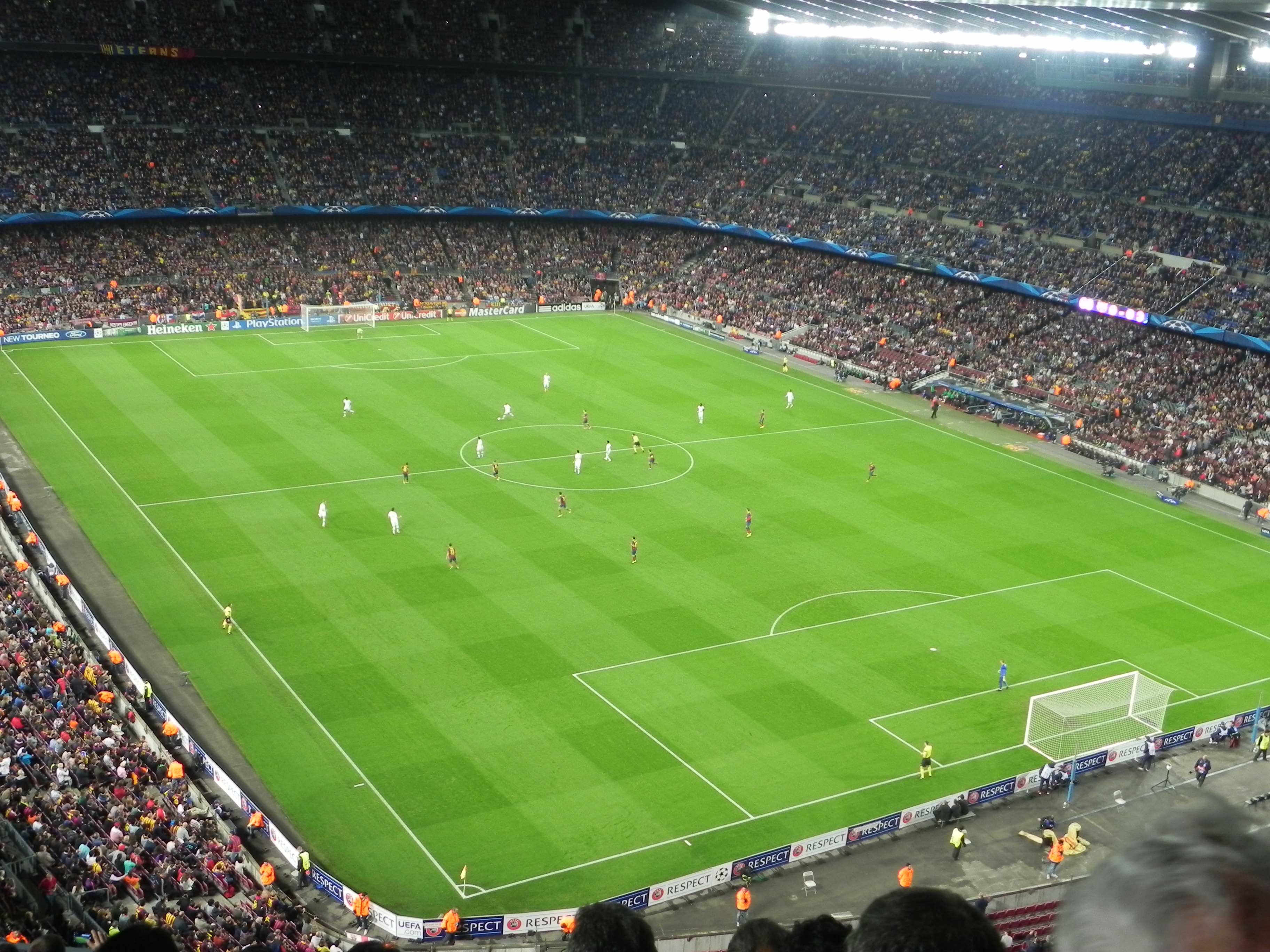 Kick-off in front of thousands at the Camp Nou stadium

The atmosphere was like nothing I’ve experienced before. A crowd of 83,000 people cheering, chanting and singing as two of the biggest teams in European football entered the stadium: FC Barcelona and AC Milan. It was the highly anticipated Champions League Group H match, and Barcelona’s iconic Camp Nou, the largest stadium in Europe, was almost at full capacity. It promised to be a thrilling match with AC Milan being the second most successful team ever in this tournament, yet Barcelona winning it twice since Milan last held the title. The excitement and anticipation did not merely extend to the edges of the stadium however; there were hundreds more people outside selling merchandise, drinks and the traditional Spanish snack of sunflower seeds or ‘pipas’. Undoubtedly the rest of the city was also watching as the two European heavyweights prepared to fight, both eager to win after their previous meeting ended in a 1–1 draw.

The match kicked off to an outstanding start with characteristically good play from the Spaniards dominating the first half. The possession was firmly in the hands of the Barcelonans and the majority of their passes were executed to absolute perfection, with those less-than-perfect ones still putting many other top teams to shame. Due to this dazzling, fast-paced performance, the first half hour brought with it much excitement, despite neither team scoring.

Barcelona’s hard work and first-rate performance thus far were however soon rewarded with Lionel Messi ending his three-game goal drought in the form of a penalty. The crowd went wild as the Argentinian super-footballer added to his ever-growing record number of goals for the club. Just ten minutes later, Sergio Busquets secured a second goal for the Catalan side as a header resulting from a free kick, almost bringing the first half to a close at 2–0. However, moments before the interval, Gerard Pique was unlucky enough to get his name on the scorecard for Milan with an attempted deflection from Kaka ending up in his own goal. And with that, the very dramatic first half finished with Barcelona leading AC Milan 2–1.

A rejuvenated Milan side appeared in the second half, with a substitution on the attacking front in the form of Italian international Mario Balotelli, resulting in what appeared to be a more evenly matched event. Despite the strengthened Milan side, however, Barcelona was hungry for another goal and with the home crowd behind them, came close on several occasions. Andrés Iniesta broke through the defence and attempted a shot on goal but was shut down by goalkeeper Christian Abbiati just minutes after Messi had had a goal disallowed for offside.

The Milan team was determined not to go down fighting with Balotelli almost scoring in the 63rd minute threatening to take the match to a draw. But after a below-average first half for the Milanese side, this late attempt at a comeback wasn’t enough. With just seven minutes to go, the fate of the game was sealed with another goal from top-scorer Messi and the match ended with the score FC Barcelona 3–1 AC Milan.

FC Barcelona is often referred to as one of the great football clubs in the world and has some of the world’s best players in its ranks. Experiencing the match first-hand I can see where its esteemed reputation comes from. Although only in the group stages of the competition, the team managed to provide an exhilarating and exciting win in front of the home crowd. AC Milan isn’t to be dismissed however: its second-half performance was inspiring but the disadvantage of a poor first half paired with the incredible skill of the Barcelona players left them in the shadows on this occasion. Bringing together two giants of European football is a guaranteed way of ensuring a good performance and the match was filled with all the drama that a great football match should be: plenty of goals, a penalty, free kicks, a disallowed goal, an own goal, several substitutions and world-class players. Not to mention the enthusiastic supporters who chanted, sang and celebrated with friends and strangers alike, myself included.

After this convincing win, FC Barcelona now stand at the top of Group H with two group-stage matches to go, five points clear of AC Milan who, despite this defeat, remains in second place. AFC Ajax is in third position yet Celtic is struggling with only one win in four at the bottom of the group. There is still a long way to go in this competition, and if that is the standard of football at the start I can only imagine how it will be by the final in May next year.