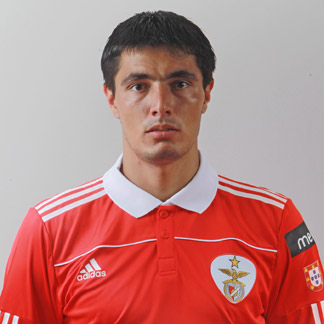 Hitman: Oscar Cardozo has been in prolific form for his club over the past few seasons.

It is understandable that current European transfer talk is centring around two strikers in particular. Both have enviable scoring records over significant timeframes: Radamel Falcao has been insatiable since arriving at Porto in 2009, scoring 41 in 51 for Jose Mourinho’s old club. A 2011 move to Atletico Madrid did not see his form diminish; he has 25 La Liga goals this season, trailing only the big two of Messi and Ronaldo. He looks set to join Mourinho for the first time at Chelsea, in a £53million deal.

Polish international Robert Lewandowski is arguably the continent’s hottest footballing property, and appears certain to leave Borussia Dortmund despite their being on the cusp of Champions League glory. This is in no small part his doing, with ten goals in this season’s competition (35 in all competitions); as everybody is aware, four came on Wednesday, in his team’s home drubbing of Real Madrid. As such, he is being linked with just about all of Europe’s big clubs. As we know, in football money talks; Lewandowski makes £24,000 a week at Dortmund and as such will welcome the opportunity to as much as quadruple his earnings in pastures new. His comparatively restrained wage packet means his club will have to sell him for no more than £30million, well within the big clubs’ capabilities. Bayern want him; reportedly, Lewandowski reciprocates their interest. But the recent deal involving Mario Goetze may see the Pole join another club. Among his other suitors are Manchester United, and, perhaps inevitably, Chelsea.

These two are Europe’s most in-demand strikers, but in my mind it appears that the biggest clubs of Europe are displaying symptoms of selective blindness. Particularly with regard to England – yes, Falcao and Lewandowski would undoubtedly improve any team, and similarly would doubtless reap rich rewards in the Premier League. But this state of affairs suits one party most of all – Portugal’s league leaders Benfica, who appear currently to be dodging a transfer-based bullet.

As far as the English game is concerned, Benfica’s Paraguayan hitman Oscar Cardozo would be a phenomenal acquisition for any Premier League club. Alongside Falcao, Chelsea is eyeing Bayern Munich’s disaffected front-man Mario Gomez. There is nothing whatsoever that Gomez can do that Cardozo cannot; what’s more, he would come a great deal cheaper. Indeed it is inexplicable that he is so rarely linked with a move away from Lisbon, when he would fit so comfortably into the Premier League.

He may be nearly 30 years old, but he fulfils his responsibilities as a target man better than Gomez. He is far, far better on the ball; what’s more, his scoring record is hugely impressive season after season. This term, he has 22 in 24; last year, 27 in 31, and topped out in 2009/10 with 31 in 37. Detractors pointing to the standard of league in which he plays have no case: Portugal’s Liga Sagres has recently overtaken France’s Ligue 1 in the UEFA coefficient. Anyway, teams can only play what’s in front of them – Benfica top the Portuguese standings having not lost a single league game all year. Across the whole of Europe, only their rivals Porto, four points behind, can boast the same.

He is capable also of a diverse array of goals – he hammers, chips, dinks and curls finishes with equal aplomb – and proves useful in facilitating Benfica’s fast attacking play with his physical presence, holding the ball up as well as getting on the end of crosses. He is not terribly quick but moves with surprising ease for such a large man and reaps benefits with his intelligent positional play. He is also a dead-ball specialist, as well as a significant aerial threat at corners. With set-pieces being a comparatively prominent facet of the English game, it takes no imagination to see how he might adapt quickly in this regard.

More to the point, he would stand up perfectly well to the Premier League’s physical demands. Having never really had a great deal of pace his age is less of an issue than it might otherwise be, and his size and strength, as well as a slightly nasty streak, would work strongly in his favour. Five red cards in seven seasons tells only part of the story; he would have less of a problem taking on the Premier League’s hard men than most. His Guarani nickname of ‘Tacuara’ (‘big cane’) belies his frame; at well over six foot and 90 kg, he would be a hard player to bully.

His mobility could be a slight issue, but the biggest clubs are looking for a player to rotate, not a week-in, week-out performer. Manchester United have van Persie (whose game is in some ways not dissimilar to the Paraguayan’s) Chelsea look set to grab Falcao, and Manchester City have plenty of attacking options – with Edin Dzeko set to depart, Cardozo could even fill a vacancy there. At any other club, he would arguably displace their main man. Certainly, he would be an upgrade on Arsenal’s Giroud; Spurs’ striking options too are limited. His age and relatively low wages mean his market value could be as little as £12million. In today’s climate of extortionate transfer fees, that is a snatch (albeit one with minimal resale prospects) considered a club could get two or three good years out of him.

Seven years in Lisbon may mean he likes it, but in a similar way to Lewandowski the prospect of payday may sway him; his years of service to Benfica may increase their amenability to his departing, particularly as their other attackers have fired this season. Spanish tyro Rodrigo may in any case be being groomed for the central role. In sum, England’s big clubs would do well to take a look; send a scout to the edge of Western Europe, as the media appear determined to ignore it!