European Under-21 Championship: This is Group A 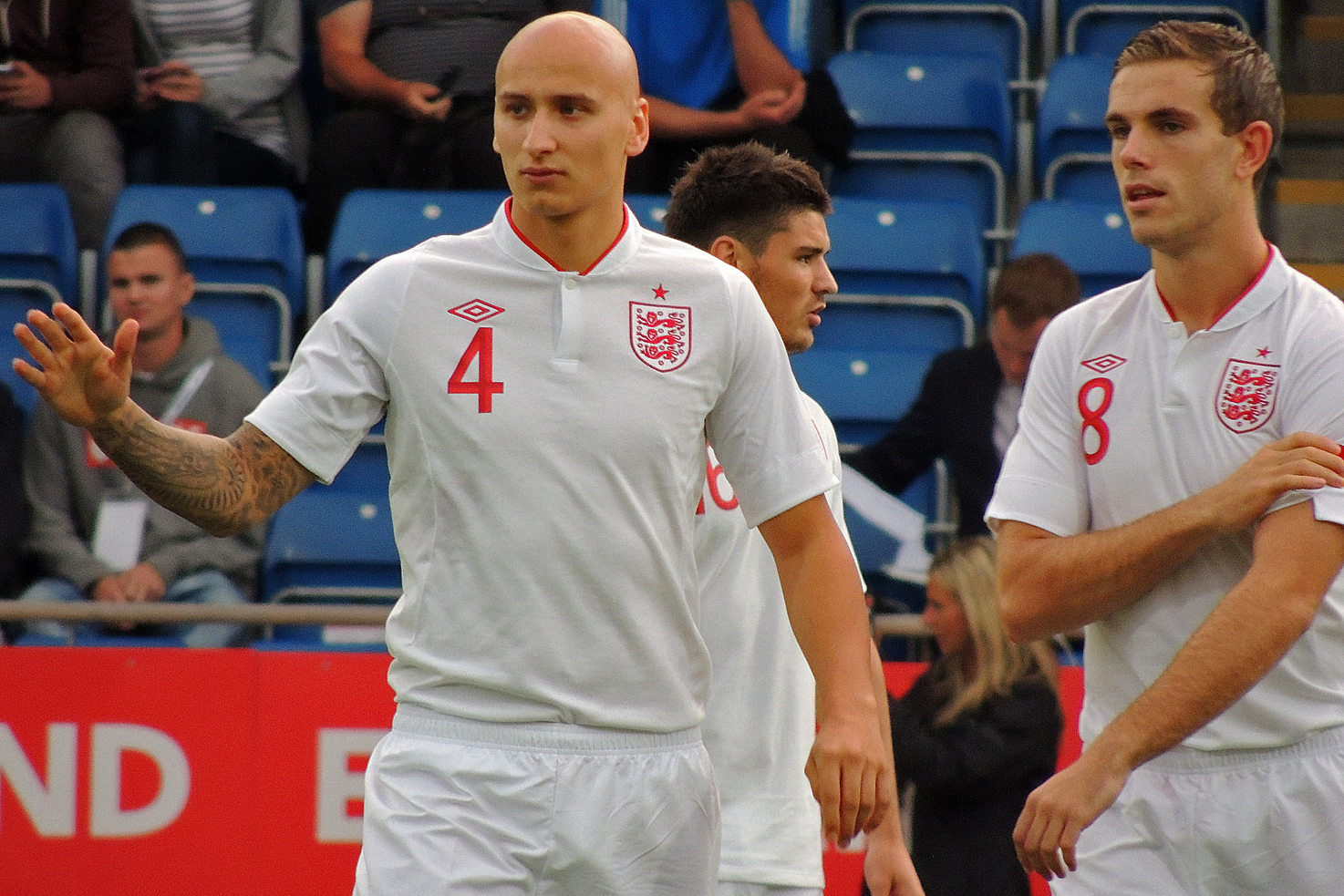 Liverpool teammates Jonjo Shelvey and Jordan Henderson on duty for the Young Lions.

In spite of vehement protests against the controversial choice of Israel as a venue, the European Under-21 Championship kicked off last night. Putting all politics aside and strictly focussing on the sporting side of the tournament it is certainly a worthwhile watch. This guide gives a quick overview over the team’s chances and the stars of tomorrow as well as some already widely known faces.

Facing Italy for the opening game certainly was a tough challenge, but the Young Lions had gone into the tournament with nine clean sheets in their backs. Before the opening clash manager Stuart Pierce commented that his squad have ‘their tails up, they look bright, they look sharp’, but the truth is that current squad lacks the quality of the 2009 runners-up. A great team mentality, their good form and a bit of luck could still take them far, but last night they looked shockingly uninspired.

Star Player: Jordan Henderson (Liverpool FC): The midfielder has netted five goals since last January, but still finds himself relatively far down in his club’s midfield pecking order. As U21-skipper he can now prove that he has the potential to be a future leader and may be one to fill the gap that will be left at club and country when Steven Gerrard retires.

The one to watch: Tom Ince (Blackpool FC): Ince has more to boast that a famous name. He scored eighteen goals in the Championship this season and is on many a manager’s wish list for the summer. He missed the opener due to a suspension but from now on his ability to play varied attacks from the wings will make England’s game more unpredictable and may be the key to outsmarting well-organised and physically strong defences such as Norway and Israel.

Prediction: Italy’s pace had England huffing and puffing, but if they pull it together the Young Lions easily have the potential to come second in their group. However, both their offence and defence will struggle when facing self-confident attacking sides such as Germany, Spain or Holland.

Automatically qualified as hosts, it is highly unlikely that the Israeli squad will be able to leave a mark on the tournament. However, this underdog status means they have nothing to lose and brave performance against Norway would almost have led to a win. The task of the Israeli squad is not necessarily to outperform the other teams, but to showcase spirit, be representable hosts and most importantly be a team that is a point of identification for all Israelis (the squad includes six Arab-Israeli players) while keeping the tournament as apolitical as possible.

Star Player: Nir Biton (FC Ashdod): He already has experience with the senior squad, is a true leader who can read the game well from midfield and has shown he can keep a cool head when netting a penalty during the opener against Norway. Surprisingly, Manchester City turned him down after two impressive trials in January and July 2012, but it can be expected that the big clubs will soon be lining up to sign the 21-year-old.

The one to watch: Orr Barouch (Bnei Yehuda): The forward, who grew up in California, was first scouted for the US youth team, but experienced difficulties obtaining an American citizenship. This may just be Israel’s luck: In 2012 Barouch scored four goals in six Under-21 friendlies.

Prediction: Fourth in Group A.

England’s manager Stuart Pierce admits that Italy are the favourites to win the group and looking at their line up this may well be the case. This year’s side boasts some promising young talent with experience on national and international level. They have the people for the special moments as well as hard workers that will secure the defence.

Star Player: Marco Veratti (Paris Saint-Germain): In Italy they have long assumed the playmaker to be the next Andrea Pirlo and recently he has received the endorsement of the man himself, who called him ‘the future of the National Team’. Not every footballer would have had the ability to shine among Paris’ expensive star ensemble – let alone at the age of 20!

The ones to watch: Lorenzo Insigne (SSC Napoli) and Ciro Immobile (Genoa): Together with Veratti the two best friends off the field complete the trio that were the core of Pescara’s impressive promotion in 2012. Insigne may only be 5’4’’ but don’t make the mistake to overlook him. Immobile has had a difficult season where he was mostly benched or subbed, but reunited with his Pescara buddies he will find back to his strengths, among which are a great shooting power and a superb finish.

Prediction: Will easily win the group, but may later face problems when facing the more surprising and varied attacking styles and changes in pace of those teams proceeding from Group B.

Norway has a number of highly talented young players who have proved themselves worthy in the biggest European leagues. The squad seems to lack the high-quality players to fill up the numbers, but they make up for this in physical strength. Remember that during the play-offs they put five goals past a French defence including Varane and Mangala!

Star Players: Markus Henriksen (AZ Alkmaar) and Havard Nordtveit (Borussia Mönchengladbach) will miss the first matches of the tournament due to their call-up for the senior squad’s World Cup qualifier. Both of them have contributed to the recent successful spells of their clubs and have been dearly missed in midfield during the opener. Their unavailability may cost Norway the semi-finals.

The one to watch: Yann-Erik de Lanlay (Viking Stavanger): After the early red card, de Lanlay was unlucky to be subbed after half-time in order to strengthen the defence. However, this substitution has to be rated as a purely tactical one, because he delivered a lively performance during the first half showcasing his superb technique with both feet.

Prediction: If Skullerud actually had all his Under-21-players available to choose from, Norway would boast a strong squad, but since he has to play second fiddle to the senior squad the semi-finals seem out of reach.