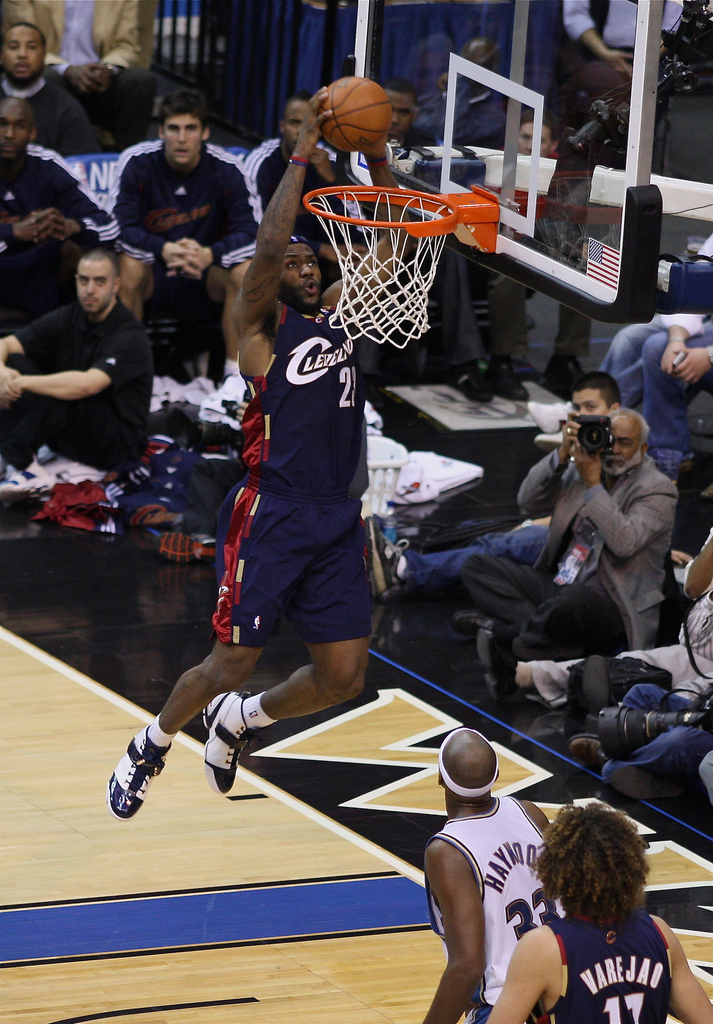 Lebron James, the greatest basketball player of his generation, was drafted to a small unglamorous team and helped them to the best seasons in their history.

The opening of a new sporting season should be something everyone can be excited about. It should be the prospect of a fresh start, a clean slate for those teams who limped out the previous season with disappointment and bitterness. Each supporter will possess some small notion that somehow things will be better this year, that every team has a shot at success. Unfortunately for the majority of fans, at least within the English sporting world, such hopes and aspirations carry with them a prompt expiry date.

It is a depressing point of fact that when a West Ham supporter speculates upon his club’s prospects for the upcoming season in the Premier League, the thought of narrowly avoiding relegation once again will be his main focus of interest. Given that the same holds true of most teams who reside beneath the shadow of the “Big Four”, questions need to be asked. Is this really all our sporting system has to offer? Is there not some way to rekindle the enthusiasm of the multitudes of unsatisfied supporters in Britain?

The fixed hierarchy of our sporting system is certainly not reflected overseas. In some ways, the idea of the “American Dream”, where anything is possible, still holds true in the sporting metropolis of the USA.

It is the draft system, a process of dividing new talent amongst sports teams at the beginning of each season, which is principally responsible for this. Every year at the Radio City Music Hall in New York, the NFL Draft takes place: 32 teams are allocated one pick in each of the seven rounds on offer, with the least successful team of the previous season choosing first, the winners last. The system is designed to provide some sense of equality in the league, a form of regeneration for the fans and teams alike.

The results of this method show themselves through the statistics the Americans love so much. Since 1992 a total of 13 NFL teams have won the Superbowl, and despite the pre-eminence of the Patriot and 49er “dynasties”, the variety of champions has always been assured though an inherently fair system of player distribution.

By comparison in the UK, only four teams have reached the dizzying heights of Premier League glory in the past eighteen years, during which time Manchester United alone claimed 11 titles. You’d be justified in questioning whether the other teams should bother turning up at all. In a recent Match of the Day episode following Newcastle’s defeat of Arsenal, Lee Dixon’s optimistic statement of how “I think this is the most open season there’s been for years”, was sarcastically cut down by Alan Hansen’s retort of “Yeah it’s really open, there’s only two teams that can win it but very open.”

Unfortunately this is the kind of pessimism we’ve come to expect these days, and why shouldn’t we? Countless articles are written against the extortionate prices reached in bidding wars for players, with prices spiralling upwards of £60 or even £70 million. The teams lower down in the table have two choices; they can settle with mediocre players and do their best against a world-class opposition, or they can seek out foreign investors to try and beat the Abramovichs and Sheikh Mansours at their own game. Essentially this system is self-degenerative, with the same teams maintaining their dominance of the table only through their financial positions. If we want a fairer system, we must look at the draft as a serious possibility.

No one’s saying their system’s perfect; there are some obvious flaws with the draft system. It has been suggested that teams will lose deliberately in order to attain a high draft pick the following year, damaging the integrity of the sport. Although I cannot believe players would accept deliberate failure within such a competitive atmosphere, I agree precautions must be taken, which is exactly what all the other US sports have done. An example of this is the NBA draft where the worst teams go into a lottery draw for the highest picks, discouraging losing on purpose to gain advantage. This may still not be a perfect solution, but at least the American sports are looking for one.

The draft is symbolic of everything English sport needs. With its introduction, League positions could become far more open and interchangeable, meaning the supporters are rewarded for their devotion and can hold more than a forlorn hope at every season opener. Finance would have less of an impact in a team’s success, as although first-round draft picks are given equally extravagant pay checks, the teams have the option of trading it to another team for a player or pick at equal value. Moreover, given that the majority of American draft picks derive from the collegiate system, there would surely be a greater emphasis on domestic talent in English sport, a remedy universally agreed upon as vital following the calamity of the World Cup.

To me the incorporation of the draft into our culture seems essential in animating supporters across the UK, and once more absorbing them in the world of sport.

The New Orleans Saints win their first Super Bowl in 2010. The last time a team were English football champions for the first time was Nottingham Forest in 1978.