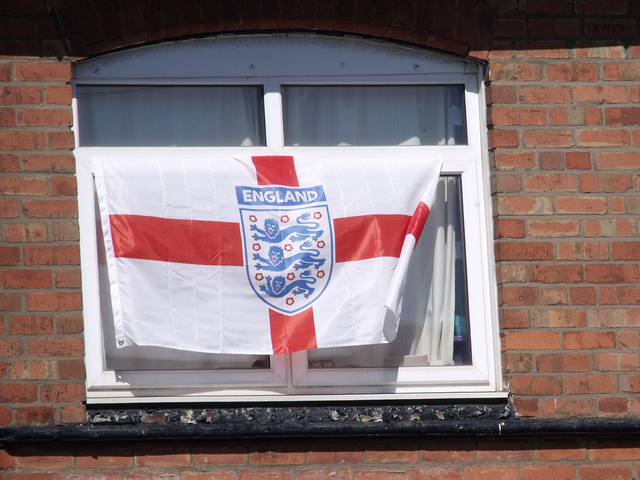 No matter what the expectation levels in July, England flags will be flying.

Households across the nation are today climbing on spindly ladders to take down the St. George’s flags flapping listlessly in the summer breeze. The postman suddenly discovers a Spanish cousin, the milkman’s German friend starts coming up in conversation. It’s July 24th 2012 and England have yet again failed to reach the semi final stage of a major tournament.

Capello has resigned amid fierce press opposition. Why were we based in Poland and playing in Ukraine? Why the 4–4–2 formation, when a 4–3–3 was the obvious way? Why take 18-year-old ‘wonder kid’ Alex Oxlade-Chamberlain and then not even play him? Such were the questions that Capello failed to answer whilst stuttering through the post match press conference in broken English.

The next manager must be English, will be English, but who would even want this poisoned chalice anymore? Redknapp can hardly be eager to leave Spurs after their second place finish. O’Neil has only just resurrected Sunderland, guiding them to a comfortable mid-table finish after an awful start to his tenure. Even Big Sam would rather spend a season trying to keep up newly promoted West Ham than take the national job.

This was the golden generation, yet our heroes are now tarnished forever. Terry’s sending off after an inexplicable headbutt against domestic colleague Florent Malouda, merely personifies a wretched campaign for England’s over 30s in which Lampard also saw red, this time for dissent after Sweden’s offside goal.

‘Bad luck’ was the summary of the FA’s Sir Trevor Brooking. Yet when Lady Luck hasn’t been on your side since 1966, surely it’s just bad.

Households across the nation are today saluting the St. George’s flags flying proudly in the summer breeze. The postman suddenly discovers an English cousin, the milkman’s Liverpudlian friend starts coming up in conversation. It’s July 24th 2012 and England have sailed through to the semi final stage of a major tournament.

Capello has been given a new contract after a strong press petition. Why are the players so happy? What was the secret to your tactical success? What inspired you to bring 18-year-old Golden Boot contender Alex Oxlade-Chamberlain? Such are the questions that Capello gratefully hastened to answer whilst effortlessly moving through the post match press conference in now near perfect English.

The next manager must be English, will be English, but who would even want to try to emulate this? Even after Spurs’ seventh place finish Redknapp can hardly be eager to leave and take the job now. O’Neil would rather try to take Sunderland back up into the Premiership than match up to a coach of this magnitude. As for Big Sam, it would take a lot more than his recent dismissal from his post at West Ham to entice him to fill Capello’s shoes.

This was the golden generation, and so it proved. Terry’s climatic diving header to clinch a win in the dying minutes against France, merely personifies an exceptional campaign for England’s over 30s in which Lampard and Gerrard finally seemed to find a way of playing together.

‘Fortunate fate’ was the summary of the FA’s Sir Trevor Brooking. Yet when Lady Luck’s on your side for the first time since the 1966, surely it’s just fate.