Dwarves, early mornings and the French: what can be taken from this Rugby World Cup? 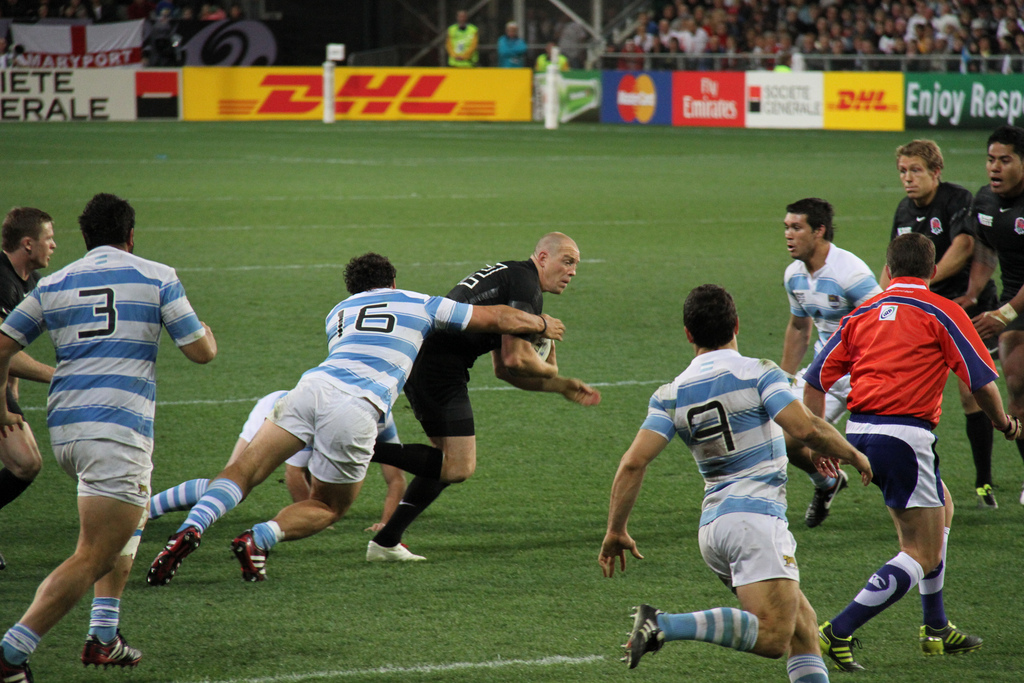 If you have actually managed to wake up for any of this most anti-social of rugby world cups (it doesn’t matter how much you wanted to watch Fiji vs Namibia – were you ever really going to stay up until 4.30 am?) then you may have noticed a number of things. Firstly, that England were not in fact engaged in the kind of debauched antics that would have made George Best blush, but did appear for much of the tournament to be playing with a rugby hangover of the most lethargic and painful variety. Secondly, that a lot of the so called ‘minnows’ are not nearly as bad as you remember, despite the absence of a truly level playing field. And finally, that whatever Marc Lievremont might try and tell you, France being in the final is bad for the game.

At this defining juncture for English Rugby it is best to consider Martin Johnson’s men first. Almost exactly a year ago I wrote about a possible resurgence in the England team in the aftermath of their defeat of Australia in the 2010 autumn internationals. In a game that saw them score a try from their own five metre line, England played confidently and with the kind of attacking verve usually only seen south of the equator. I ended the piece by tentatively suggesting that maybe English fans could finally come out from “behind the sofa”. In the harsh light of a world cup post-mortem, it appears I was heralding a false dawn. On one hand, it would be grossly unfair on Martin Johnson and the English team to suggest that they have made no progress in the year since I last attempted to assess the state of English rugby.

With a Six Nations win under their belt, they entered the world cup in considerably better shape than they entered the 2007 tournament. However, glancing over many of the match reports of that successful Six Nations campaign, the tale is often not of champagne rugby but of gritty wins underpinned by indiscipline. It was a failure to maintain discipline both on and off the field that was surely England’s undoing at this world cup. In the crucial game against France, Lievremont’s men scarcely gave England a sniff of a kickable penalty, whereas England generously gifted France several opportunities. Mercifully only two were taken. But these penalties were all that separated the two teams at the end of the game, and were symptomatic of a tournament-long lack of composure. At times they were unable to consistently execute the skills that 11 year olds all over the country take for granted – missing vital tackles, flinging passes into touch, failing to secure line out ball in prime attacking positions.

Whether or not players engaged in the tossing and/or racing of dwarves is irrelevant. What matters is that these ‘activities’ fuelled headlines that gave the public the impression that this was an England team preoccupied with hedonism rather than the gritty business of winning a world cup. If they had turned out stellar performances in spite of these night-time shenanigans, all would have been forgiven. Instead the team has left itself open to the most damaging criticism that any professional sportsman can face – that they lacked commitment.

However, the World Cup has offered a great deal more than simply an exposure of English frailties. Unlike any previous tournament, the 2011 edition has demonstrated that the future of rugby is in the hands not of the Six Nations or the Tri-Nations, but of the tier two nations. That any of the developing nations have managed to be competitive with their more illustrious counterparts is down primarily to the tenacity and passion with which these teams play rugby. The IRB has certainly done teams like Georgia and Samoa no favours. In the age of bone-crunching, car-crash-collisions, adequate recovery time is more essential than ever. Yet Samoa had to play 5 games in just 16 days. A much fitter England team played 6 in 29. This is not quite the “slavery” described by Samoan player Eliota Fuimaono-Sapolu, but it is a tall order to expect the likes of Samoa to remain truly competitive given such a schedule.

But starving the developing nations of the limelight will only harm the sport in the long term. The world cup is an all too brief opportunity for the likes of Georgia and Russia to play against top class opposition. Georgia in particular have shown that they could become a significant force in world rugby. In 2007 they nearly humbled Ireland, and this time around they ground out an attritional losing bonus point against Scotland. If Georgia had enjoyed a 7 day, rather than 3 day turnaround before playing England, who knows how much misery Martin Johnson would now be feeling?

Quite simply, the developing nations have to play the best in the world more regularly, and on a level playing field. A Tri-Nations featuring Argentina is a step forward, but why stop there? A Seven-Nations tournament including Georgia or Romania? A world cup ‘plate’ competition for any team that fails to leave the pool stage? However the IRB choose to proceed, one thing is certain – If Rugby is to become a truly global sport the developing nations must be brought in from the sporting wilderness and treated with the respect they deserve.

Looking forward to Sunday, and the prospect of the second New Zealand vs France clash of the world cup, it is hard not to think about what might have been. In the wake of France’s controversial 9–8 defeat of Wales, impartiality has been thrown out of the window along with Alain Rolland’s invitation to the WRU Christmas party. The question is this. Does anyone truly believe that France deserve to be in the world cup final? The French themselves don’t seem to. After the game, all a visibly embarrassed Imanol Harinordoquy could muster in their defence was “It’s our destiny”.

It is possible that the French will tear up the rule book, throw form out of the window, along with any number of sporting clichés, and stun the All-Blacks à la 1999. What is quite certain is that had Wales reached the final, they would have exemplified all that is good about rugby. They would have been imbued with the passion of a nation in which rugby is a way of life. And in all probability, they would have lost. But they would have left the pitch knowing that they had nothing more to give.

Instead, it is hard to see the final now as anything other than a technicality, just one more hoop for the all-conquering All-Blacks to jump through before they end 24 years of hurt.To avoid a tragic collapse into anti-climax, the world cup needs an appearance of the magisterial France of Philippe Sella and Serge Blanco. Anything less would be an insult to the Welsh blood and tears left on the field in Auckland on Saturday.