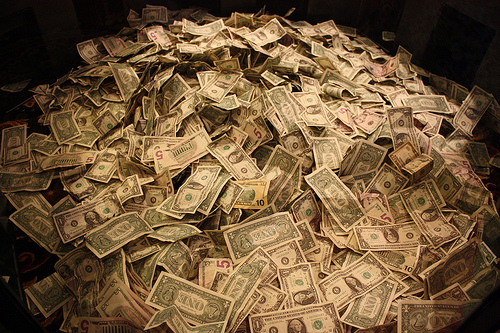 I am probably the least qualified to attack this proposition. Many would call me, unreasonably may I add, a “glory supporter”, being an avid Manchester United supporter but Sheffield born and bred. Whilst I vigorously defend my position by emphasising my father’s Mancunian roots, it appears that the plutocratic nature of football has nurtured the phenomenon of the “glory supporter” where rather than supporting one’s local club, many people prefer the team with the biggest pockets and thus, the best players. Thus, the statement presumes the average football fanatic will concede to the money-making culture to further the success of his “city” team; this assumption is fundamentally flawed. Money seems to have challenged head on the concept of the devoted, local supporter.

This argument extends to a national level. Indeed, the commercialisation of football on a global scale has resulted in the influx of foreign players into the English Premiership. Money brings the best players “in the world” but what is the real cost of this? It is clear that money brings skill making English football more dynamic, more competitive and more enjoyable to watch. One is certainly not averse to seeing the likes of Carlos Tevez, the current top scorer in the Premier League, storm the pitch. Well, when he was in a red shirt anyway. However, one notices a trend in the top scorers from the top clubs: Malouda at Chelsea, Berbatov at Manchester United, Chamakh at Arsenal and Tevez at Manchester City.

It makes one wonder where the English football talent has gone, is this money being spent on nurturing talent within our own cities or those of abroad? At the same time we are seeing the deterioration of our beautiful game. English football used to be a totally different species of sport compared to the patient passing game demonstrated by Barcelona and indeed the Italian dramatics that have literally leapt on to our pitches. Money has uprooted the English culture of football. Thus, one may question whether paying for the best players necessarily means paying for the best football. The intended cap on foreign players in Premiership teams suggests a consensus on this postulation.

One definitely supports the concept of an exceptional salary for exceptional talent. Indeed, the still echoing chants for “Ronaldo” at Old Trafford suggest that the average United fan would willingly return his £80m price tag to be stunned once more by his audacious skills or overly-dramatised free kicks, myself included. However, Wayne Rooney’s recent contract renewal of up to possibly £200,000 a week suggests that at the moment, the agents’ manoeuvres off the pitch are more impressive than those displayed by the player on. Indeed these commercial “turf wars” seem to be detracting great chunks from the English football pitches, hindering the beauty of the sport and the focus of the players.

It seems to be presumed the increasing wage of the average footballer correlates with the salary of the average season ticket holder. Indeed, a season ticket for Chelsea reaches £900 and above £800 for Manchester United. Whilst most football fanatics are quite willing to watch the best players in the world play in their own city, most of them can’t afford to. Furthermore, the increasing commerciality of football has encouraged the battle over TV rights; the current domination of Sky has further meant that many football fans are even unable to watch their team from the comfort of their own sitting room. Surely this plutocratic football phenomenon has served only to alienate its most loyal fans?

Ironically, the drift of football into the commercial arena has led not to a money-making but a debt laden culture. Indeed, whilst one concedes my slightly hypocritical position, claiming to support one of the wealthiest teams in the world and yet raving against the money making culture, the “Red Knights” protestation against the Glazer takeover is perhaps the finest example of a rejection of money in football. The inspiring organisation is a welcome reminder that football is first and foremost indebted to its fans and by pushing them away it is rejecting its most important investors.