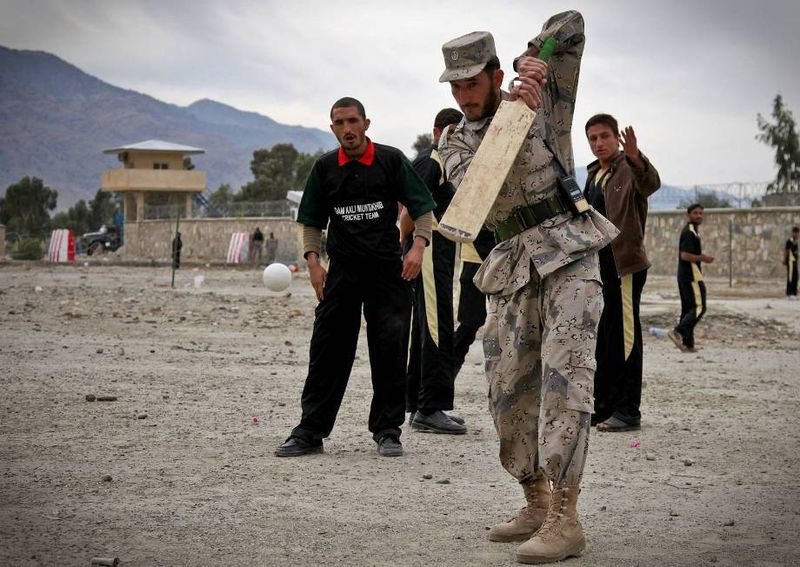 Cricket in Afghanistan has regularly had to fight politics for the limelight.

As anyone with even a passing interest in cricket will tell you, winning the Ashes and qualifying for the World Cup are not even on the same scale of achievement. But for two teams of differing fortunes, these two events have capped one of their golden ages of cricket. For England, winning their third consecutive Ashes series (achieving the victory a mere ten miles from our fair university, as a matter of fact) continued an impressive run of form which has led them to second place in the Test rankings. This victory was not without problems; at various stages of the series England were faced with criticisms of Alastair Cook’s captaincy, of the often dour batting, and of selection decisions which somewhat harshly left the likes of Nick Compton and Graham Onions out in the cold. But these issues are all put in perspective when you look at the problems facing a team whom England will encounter in the 2015 World Cup; all it takes is a little imagination. Imagine yourself as an organisation which aspires to support an international cricket team with limited ICC funding, and being unable to stage matches in your home country. Imagine yourself as a player attempting to play for your country whilst supporting your family with other jobs. Imagine yourself as a captain trying to lead the national team after your father has been kidnapped, with no word of his condition or whereabouts. Now imagine trying to do all this in a warzone. You’d probably struggle to put a team on the field, yet this is the current state of affairs for the Afghanistan cricket team, a team which, with the odds stacked against them, have just qualified for the 50-over World Cup for the first time in their history.

In spite of all this, Afghanistan cricket has never been in better shape, nor have they ever enjoyed a period of success as fruitful as the one they’ve been in over the past four years. Outside of the ten Test-playing nations (the current cricketing elite), only Ireland have been more successful than Afghanistan, and the gap between the two is a small, ever-decreasing one. As with many success stories, their origins were humble ones. In 2008, Afghanistan won Division Five of the World Cricket League, narrowly overcoming cricketing minnows such as Jersey, Botswana, and Vanuatu. Yet just two years later, they would finish third in Division One, a remarkable rise which had seen them ascend from the dungeon of world cricket and leave them poised on the doorstep of the elite. Though they reached the World Twenty20 tournaments in 2010 (their first global competition) and 2012, in which they gave pre-tournament favourites India a couple of almighty scares, qualification for the 2015 World Cup is the crowning achievement of their short existence, a success celebrated from rural villages to the office of President Hamid Karzai.

Indeed, the history of cricket in Afghanistan is a strange one, inextricably linked to national politics. Though there is evidence of the game being played as the 19th century by British troops, the crucial breakthrough did not come until 1995, when refugees living in Pakistan formed the Afghanistan Cricket Board. However, arguably the most influential figures in developing the game within the country are the Taliban. Cricket was the only sport approved by the organisation during their national rule, and since the team became an ICC affiliate member in 2001 (embarking on their first tour just as the war in Afghanistan began), the sport has grown exponentially, gaining even greater attention when the team won ODI status in 2009. Today, there are 280,000 registered players in the nation, and even though inadequate facilities and the inability to host international teams remain significant stumbling blocks, the game has deeply pervaded all levels of society. Unlike Sri Lanka, where Colombo is unquestionably the cricketing centre of the country, cricket in Afghanistan is as popular in remote rural areas as it is in Kabul. Even the Taliban still follow the team, sending a message of support on the eve of their historic ODI against Pakistan in 2012, the first time the team had faced a Test-playing team in a 50-over match.

Though their success has been built on hard work and a strong team effort (born, no doubt, of the overwhelming support the sport has in the country), Afghanistan also benefits from some talented individuals. The stability of middle order batsmen such as Ashgar Stanikzai and former captain Nawroz Mangal is complimented by the all-round skills of captain Mohammad Nabi, whose canny off-spin bowling and explosive yet consistent batting has caught the eye of one-day teams around the world. At the top of the order, the team is blessed with the punch and panache of wicket-keeper Mohammad Shahzad. Taking a cue from his hero, MS Dhoni (he even has his own version of Dhoni’s jaw-dropping ‘helicopter shot’), Shahzad announced himself with a nerveless, unbeaten 214 to anchor a fourth-innings chase of 400 against the Canadians in an Intercontinental Cup match (the Associate version of Tests), at the tender age of just 18.

Yet it is not just the batsmen who are doing the business for the team, for Afghanistan has also become an unexpected hotbed for talented fast bowlers, in particular Hamid Hassan. Hassan redefines the word fast, regularly reaching 90mph as he terrorises batting line-ups around the world, and has surely earned himself the status of the most impressive bowler outside of the Test arena. If he can overcome the usual curse of regular injuries which plague fast bowlers, then Hassan can lead Afghanistan’s bowling into the future. He’s not alone, however, being well-supported by the left-arm quick Shapoor Zadran, who impressed in the 2012 World Twenty20. Add some stellar support from the likes of Mirwais Ashraf, Izatullah Dawlatzai, and Dawlat Zadran, and the team has a pace attack on which to build their future. This small and (crucially) young talent pool – most of their players are under the age of 25 – is more than vaguely reminiscent of the group available to Sri Lanka during their first foray into world cricket in the 1980s, which would eventually culminate in their triumph in the 1996 World Cup. No one is expecting the same to happen for Afghanistan in 2015, but proving that they can compete with the big boys of world cricket will be a crucial step in the right direction. In beating Kenya in their last two, must-win matches to achieve qualification, and doing some by bowling them out for less than a hundred on both occasions, the team has demonstrated the mental strength to win when the pressure is on. Add this to the fierce pride the nation has for its cricket team and hopefully, in the not-so-distant future, Afghanistan will be making headlines for cricketing reasons, rather than political ones.