The Chosen One? David Moyes must change to save West Ham 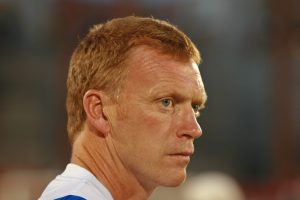 Retirement hits many footballers like a late-round knock out. It leaves them clutching for the ropes, hoping for something or someone to drag them back to the surface. The adulation, the adrenaline of the match-day, swimming away from their reach.

One might argue that it is no different for the much maligned football manager. Despite the hurling of abuse they may garner from even their own fans, and the hisses of the media giving them sleepless nights, the game remains their addiction, something difficult to fight off. Like their players, the fear keeps them running. A fear not of losing, a fear not of injury or suspension, but a fear of the inevitable slide that is the world of obscurity. With his appointment as West Ham manager, David Moyes has ensured that his transfer into limbo is set for postponement.

It has not been a fun few years for the Scotsman once anointed by Sir Alex Ferguson to be the heir to his throne. A dream job quite rapidly became a nightmare, as he took the reigning league champions in Manchester United to their lowest ever Premier League finish in his only season at Old Trafford. In the space of nine months, a man whose efforts at Everton had seen him gain such respect among his peers, was reduced to a caricature of himself, a source of amusement to those who had suffered from the dominance of Ferguson’s sides for the previous two decades. The sunny sites of Spain did little to cure him, as a reign at Real Sociedad saw mixed success. Nevertheless, when Moyes was appointed as manager of Sunderland in the summer of 2016, he still remained someone whose past glories demanded a certain level of respect.

That respect has certainly taken a brutal hit. This was a reign dominated not only by a poor side destined for relegation, but Moyes seemingly hopeless in doing anything to change the course of his broken ship. Resigned to little help with a lack of funds from the club, he seemed perfectly willing to accept that his side were doomed to fail. While admitting from as early as August that his side were in trouble may have been refreshingly honest, it seemed that Moyes had little idea of how to stop the rot. The recruitment of players he had used at his previous clubs pointed towards a lack of imagination and real optimism. Whatever the questions are currently at West Ham, Victor Anichebe and Steven Pienaar are probably not the answers.

A breath of fresh air is what West Ham need right now. If Moyes is the man to reignite the season, then he will have to reflect on his experience in the North East and recognise that some changes are needed in regards to his own persona. While all is not well in East London, it is vital that Moyes at least try to create his own façade in front of the press. It is obvious that the negativity that Moyes portrayed in the media at Sunderland, lambasting the quality of his own players regularly, did little to help morale in the dressing room.

Furthermore, unlike his previous situation, Moyes does have plenty of quality in his ranks to call upon. He will most certainly have to strong a closer bond with Javier Hernandez, the ex-Manchester United striker who did not enjoy the brightest of times under Moyes. If he is kept fit and firing, goals will not be an issue for the side.

Moyes’ Everton sides were always defensively well-drilled and he will also have to rediscover that solidity within his own tactical nous. Nevertheless, what will be most vital will be the need to inject some much-needed optimism into his side, optimism that he has seemingly lacked in recent times. A rediscovery of this may ensure that Moyes does not enter the realm of footballing anonymity just yet.