Can we really afford the Olympics? 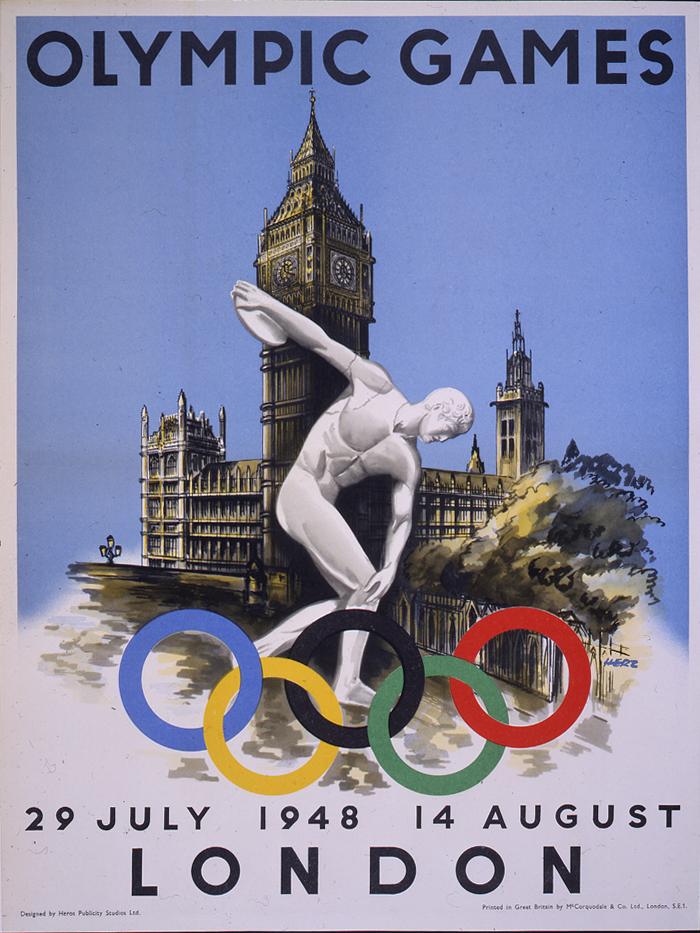 London hosted the first Olympics after World War II in 1948.

This summer around 240,000 people applied to be 2012 “Games Makers” in the hope of being selected as one of the 70,000 who will experience this once in a lifetime volunteering opportunity. Last month, Sebastian Coe, LOGOC Chairman, expressed his delight at the enthusiastic response and said he was eager to start the selection process. Yet, is this enthusiasm really representative of the general public? And, more importantly, are the Games actually a worthwhile investment for any country?

Since London’s successful bid to host the Games, beating Paris in the final round in 2005, work has begun on the huge sporting infrastructure that the Games will require. The building project comes in the form of various new venues, the development of existing sports sites and the creation of temporary facilities. However, already this work has attracted criticism. Shortly after the announcement of London’s successful bid, over 300 businesses in Stratford were forced to relocate or close to make way for Olympic developments and employers were upset by the inadequate financial compensation that they received. Furthermore, the demolishing of the Clays Lane Estate, also in Stratford, met with protests from residents and fears that their redistribution across London would cause them to lose their sense of community that the estate had given them. To host an event that will only last just over two weeks, is it really necessary to disrupt so significantly the lives of ordinary people?

In the financial arena, the budget for the Games has also met with substantial criticism. In 2007, Edward Leigh MP attacked the organisers of the Games over their gross underestimate of the cost of the Olympics which rose fourfold from the original figure bringing it to a mammoth £9.325 billion. Then in May of this year the government announced that it would be forced to cut the Olympic budget by £27 million due to “the worst economic crisis faced by any incoming government in recent times”. This raises the question: are the Olympics something we can really afford to be doing? Moreover, with the recent controversy over the government’s spending cuts which will see thousands of jobs lost in both the public and private sectors and a cut of £7 billion to the welfare budget, are the Olympic Games really something we should be lavishing so much money on?

Fears have also been voiced over the possibility of a repeat of the Montreal Games of 1976 which is considered to have been the most expensive Games ever held and in 2006 reports confirmed that taxpayers in the city were still footing the bill thirty years on. The city hall also admitted that the Stade Olympique which costs nearly 20 million dollars a year to maintain hardly ever gets used for sporting events. This is certainly not the kind of legacy that any country wants to take away from the Games.

Since 2004, Athens has also been left with an empty legacy from the £6 billion that it spent on the Games, with many of its facilities falling into disrepair. At the time, reports criticised the cost of the Games and the BBC announced that Greece’s huge deficit budget was “struggling to absorb the cost”. Even in 2010 the media are still in speculation over whether the Games were the spark for the Greek financial crisis. Today, the main Olympic site in the city is empty, water has been drained from the pools, and the hockey and softball stadiums have not been used since the end of the Games. Its legacy has translated into economic crisis, and not the continued use of the Olympic infrastructure nor the great sporting opportunities that it had hoped for.

One thing that can be said for London, however, is that it has a plan for its legacy. The government published its Legacy Promises document in 2007, and since the bid various organisations have pledged to rule out the possibility of any “white elephants” being created by the 2012 Games. We can still hold out some hope that the London legacy may be different.

The true effect of the Games and its legacy for the city remains to be seen; we must anticipate that London will learn from the mistakes of previous hosts. However, looking at the financial situation in Britain today and the concerns over the spending cuts, coupled with the recent announcement of a potential threefold rise in university tuition fees, is the Olympics really a worthwhile investment, or could the £9.325 billion be put to better use somewhere else?