BBC Sports Personality of the Year – who’s in with a chance? 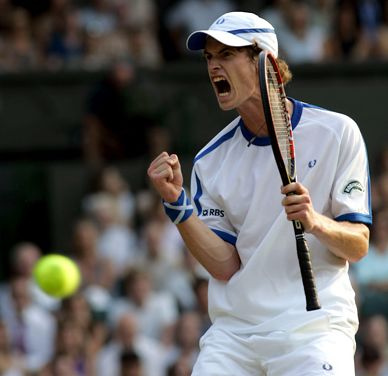 He may have won Wimbledon, but can he win this?

It’s that time of year again. Time for the annual BBC Sports Personality of the Year Award. The prestigious award not only congratulates the outstanding achievements of whoever is crowned winner, but showcases the sporting talent that Britain has to offer and the country’s sporting achievements of the year. This year marks the 60th anniversary of the accolade, and as usual there are ten exceptional examples of sportsmen and sportswomen who have been shortlisted for the main prize, the only one voted for by the public. Here are the ten nominations for 2013:

A legend not only of British sailing, but the most successful Olympic sailor in the world, it is a wonder that Ainslie has not yet won this award. With an impressive record of receiving a gold medal at each of the last four Olympic Games, Ainslie was awarded a knighthood for his services to sailing earlier this year. In September he took over as the tactician who led the US team to victory in the America’s Cup, taking the team from 8–1 down to win the competition 19–8. This broke a 110-year-old record and made him the first Briton in over a century to be on-board a winning boat in the America’s Cup. Undoubtedly outstanding in his field, the relative unknown nature of his sport may let him down when it comes to the public vote.

Crowned ‘man-of-the-series’ in the summer’s Ashes test, this Warwickshire and England batsman has had a record-breaking year. Having previously achieved the rare feat of scoring a test century against all current test playing nations, this year he equalled Denis Compton’s record for the number of runs scored in a five-match home Ashes. He also scored an impressive three consecutive centuries, something only four Englishmen have achieved before him. Another master of his sport, he is still considered an outsider by many bookmakers.

One of the only two women to make the shortlist, this double Paralympic champion has gone from strength to strength this year. After receiving an MBE for her performance in the London Games, Cockcroft has continued her winning streak by retaining both her T34 100m and T34 200m titles at the IPC Athletics World Championships in July. Not to mention the fact that she holds both the Paralympic and World records for these distances. If she is crowned winner, she will be the first paralympian to win the award.

Another national treasure, there seems to be no stopping this athletics great. After completing the ‘double’ in last year’s Olympics by winning both the 5000m and 10000m events, he has continued his success this year by winning both events in the World Championships. This makes him only the second man ever to achieve the ‘double-double’. During this he also broke the British record for the 1500m, beating Steve Cram’s 28-year-old record with a time of 3:28.81. Hailed as one of the great athletes of our time, there is no doubting the achievements of this man.

Can Froome make it three years in a row that the award goes to a cyclist? He won the 100th Tour de France in style this July, becoming only the second ever Brit to win the race. Wearing the yellow jersey from stage eight onwards, he rode home on the Champs Élysées to a second British win in two years. An outstanding achievement which earned Sir Bradley Wiggins the award last year, it remains to be seen whether the achievement will impress the public as much the second time round.

After helping Wales win the Six Nations earlier in the year, being named Player of the Tournament as he did it, this rugby union star went on to play for the British and Irish Lions on tour in Australia. Here he was named Player of the Series and broke his individual as well as the series points record with a score of 21 in the third and decisive test. Undoubtedly the best season of his career, is it time for this Cardiff Blues star to win the award?

A previous winner of the Sports Personality of the Year back in 2010, Tony ‘AP’ McCoy has a list of achievements as long as they come. In November he made history by becoming the first ever jump jockey to reach an incredible 4000 wins. This means he has ridden more winners than any other jockey by a staggering margin of nearly 1500. He is truly in a league of his own, heading towards a 19th consecutive champion jump jockey title this year. His record-breaking year puts him firmly in the running for the prize yet again.

Arguably the biggest annual British sporting event, Wimbledon never fails to provide a show and this year was no exception. After 77 years without a British male winner, and over 100 years without a Scottish winner, Murray finally achieved his dream, and the dream of the nation, and won the final in July against Novak Djokovic in dazzling straight sets. He also reached the final of the Australian Open in January. Back in 2004 he was voted Young Sports Personality of the Year and only last year he was awarded third place in the main award. Many believe after his outstanding performance this summer, he is an extremely probable winner and is consequently the bookie’s favourite to win.

Another star of British athletics, Ohuruogu shone in last year’s Olympics and is the only British woman to have won three global titles in the same event. At the World Championship in Moscow this year she yet again won the 400m, breaking the 29-year-old British record in the process. This made her the first British woman to claim a second Word Championship title. Crowned the ‘Sunday Times & Sky Sports Sportswoman of the Year’ in November, can she add to her trophy collection with the Sports Personality of the Year Award?

Winning his first major golf championship in June this year, this world number 3 professional golfer became the first Englishman to win the US Open in 43 years. Not only that, this win made him the first Englishman to win any major tournament since 1996. An outstanding year for the golfer, it remains to be seen whether his victory will lead to him being crowned winner of this competition.

The BBC Sports Personality of the Year 2013 will be shown on Sunday 15th December at 7:40pm on BBC One.